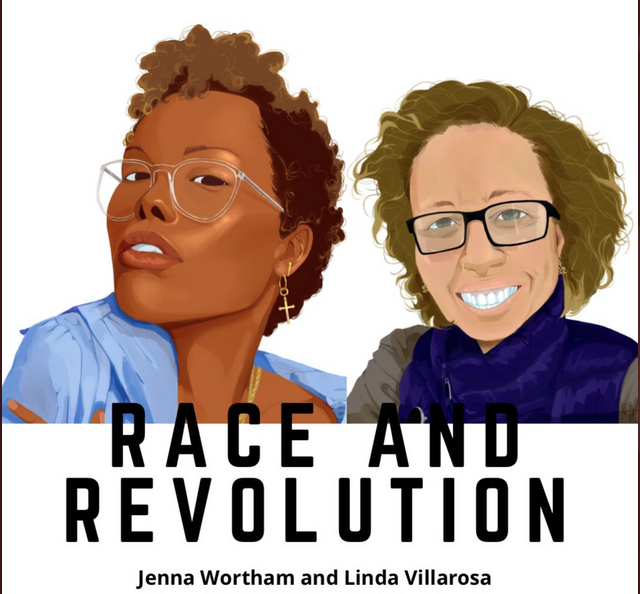 Race and Revolution: A Look Back

The Race and Revolution lecture series began in the Summer of 2020 and evolved, as did I, through Spring of 2021.

I’m proud of the work that I did, though there still exists an inkling in mind that we could have done more, pushed harder, asked questions that don’t paralyze but become alive, expose the brutal architecture upon which America sits.

I have so many critiques for myself now, and looking back, I see even now that my initial intentions with this project don’t feel as right any more. I was trying to look for a universalizing answer or path toward Black Liberation, this could never be true. And nor should it be. And thus, throughout the progression of this series, I watched my speakers one after another show me their thinking, their unknowing, their searching as well. I saw students in us all, and very quickly this series felt less like a lecture from up on high and more like smart children trading notes, trading the fantasies we each have for our own personal freedom. Today, I can share a few notes that I gleaned during this organizational process.

Much of the series felt like a check-in for my speakers, It seemed as though I had found most of them in a period of brewing. Our conversations were their opportunity to chew aloud, so to speak. For example, in Bill T. Jones’ talk, he presented to us his visions of freedom as recently informed by conversations with his younger, more radical dancers. He reckons with his place as someone who has built wealth as a black gay dancer, and through wealth found more artistic and personal autonomy- and reckons too with that autonomy and that wealth sprouting from his own proximity to whiteness. As well as, the type of freedom this association can simultaneously beget him and take away from him. I, too, grappled with my own place in the duration of the project. There was, much I let slide in the name of it’s organization. Fielding questions about the validity of hate crimes against my people, fielding questions about the validity of sexual assault allegations made my friends, being made, at times, to speak for the whole of the black community and further, the student body, and all by way of my boss wasn’t something I should have undertaken along with this project. And yet it was. And it reminded me, too, of what our use of the word, “Revolution” does and means, both personally and bureaucratically when creating programming to address it.What does it beget, and for whom. Considering my proximity to affluence, considering the project’s commission by an institution that struggles with its own relationship to racial justice, considering what it may mean to truly be a revolutionary, could this series have been revolutionary? And further, revolutionary in what direction. Could this stifle or support black thought in the future? (And specifically, the intellectual thought of black students) As a friend of mine, Talaya Robinson-Dancy, offered, “Revolutions aren’t always positive.”

With Kimberly Foster and Juliana Huxtable, the events of the summer brought them to address paradigms in so called “Revolutionary” moments or thought. Foster in particular questioned how “Revolutionary” a moment such as this one may be, when it fails in threatening the prevailing structures which ask for countless black people to die beneath it. Even here, whilst addressing the repetitive nature of black death, outrage, and silence, we also did get the opportunity to listen to both Huxtable and Foster step into newness, and share with us the seeds of thought sprouting in ideas of Anarchism, and how this framework could address our liberation. Sochie Nnaemeka, a Marxist labor organizer turned Leader of the Working Families Party, expressed familiarity with this newness- and provided  practicality in addressing these questions about place and liberatory progression. Her talk, for me, affirmed that revolutionary steps are essential in locality. It actually reminded me most generally that at times, the larger, universalizing questions can sometimes be unhelpful. I believe now that even in my own questions on what Revolution might look like for each speaker- I should have been narrower. So we may build into the large, and avoid freezing in the face of all the agency these structures (Late Stage Capitalism) have taken from us. So we may tend to the myriad of things that are available for us to do just barely beyond ourselves. I believe now, my speakers could have just as easily been my friends (though, as much as I hope they are now). While there was so much said and learned during the course of this series, what’s above is just a few things I’d held close from this process.

To end, I want to say as many Thank Yous as there are stars in the sky to my speakers: Juliana Huxtable, Jenna Wortham, Linda Villarosa, Bill T. Jones, Kimberly Foster, Sochie Nnaemeka, Rev. Jacqui Lewis, and Kenyon Adams.

I must say a huge thank you to the entirety of the Hannah Arendt Center Team, for being a guide and aid during nearly every phase of this project, and, of course, Tina Stanton for her incredible organizational skills and encouragement, who helped make this possible.

And lastly I want to thank my friends. I want to thank my friends, Isis Pinhiero, Talaya Robinson-Dancy, Stecy Mbemba, Izzy Santana (nb), Kwame Holmes, and so, so many others I love whom I've had the pleasure of working with and having my mind changed by. You black trans, queer, history-buffs and theory-heads that love and challenge me every day. I owe so much of myself to you.
Black Trans Liberation Now, Black Liberation Always

And as a final anecdote from the series, one of my favorite quotes:

“You have as much freedom as you are willing to pay for.” - Bill T. Jones