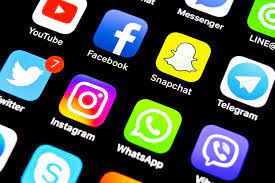 Responding to Our Culture of Complaint

Chimamanda Ngozi Adichie has published a three-part reflection on her experiences of being insulted and attacked on social media by a former student and mentee, someone she had sought to help. For those who have experienced such attacks—and more and more of us have—it is shocking and disorienting to have people we consider friends or trusted colleagues join or even lead online attacks. What is it that makes people turn to public insults instead of private or even public dialogue? Adichie’s thoughts are nuanced and humble. They also reveal the pain and difficulty of navigating our punitive culture of complaint. She writes:

When you are a public figure, people will write and say false things about you. It comes with the territory. Many of those things you brush aside. Many you ignore. The people close to you advise you that silence is best. And it often is. Sometimes, though, silence makes a lie begin to take on the shimmer of truth.

In this age of social media, where a story travels the world in minutes, silence sometimes means that other people can hijack your story and soon, their false version becomes the defining story about you.

Falsehood flies, and the Truth comes limping after it, as Jonathan Swift wrote.

Take the case of a young woman who attended my Lagos writing workshop some years ago; she stood out because she was bright and interested in feminism.

After the workshop, I welcomed her into my life. I very rarely do this, because my past experiences with young Nigerians left me wary of people who are calculating and insincere and want to use me only as an opportunity. But she was a Bright Young Nigerian Feminist and I thought that was worth making an exception.

She spent time in my Lagos home. We had long conversations. I was support-giver, counsellor, comforter.
Then I gave an interview in March 2017 in which I said that a trans woman is a trans woman, (the larger point of which was to say that we should be able to acknowledge difference while being fully inclusive, that in fact the whole premise of inclusiveness is difference.)

I was told she went on social media and insulted me.

This woman knows me enough to know that I fully support the rights of trans people and all marginalized people. That I have always been fiercely supportive of difference, in general. And that I am a person who reads and thinks and forms my opinions in a carefully considered way.

Of course she could very well have had concerns with the interview. That is fair enough. But I had a personal relationship with her. She could have emailed or called or texted me. Instead she went on social media to put on a public performance.

I was stunned. I couldn’t believe it. But I mostly held myself responsible.