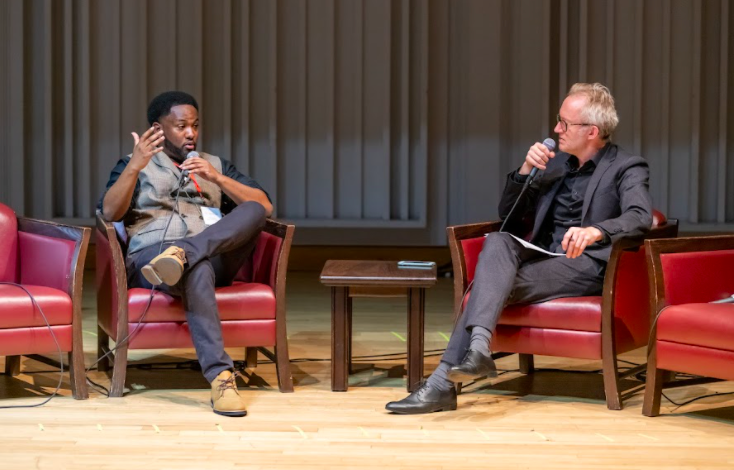 On Hannah Arendt’s 115th birthday on October 14th, the Hannah Arendt Center convened its Annual Fall Conference, Revitalizing Democracy: Sortition, Spaces of Power, and Spaces of Freedom. The effort was to explore the movement for citizen assemblies from a wide plurality of perspectives from activists, artists, public intellectuals, business persons, and students. In addition, we sought to offer a new philosophical grounding for citizen assemblies in the political thinking of Hannah Arendt.

Citizen Assemblies are convenings of randomly selected citizens who are brought together to discuss and make recommendations on political problems. Many of the first citizen assemblies have been called by activists seeking to win support for a particular issue or by governments seeking legitimacy to address a particularly controversial political question. Most ambitious, however, is the idea to institutionalize permanent citizens assemblies in which citizens are randomly chosen annually to regularly meet, deliberate, and propose legislative agendas or even suggest laws. The first permanent Citizen Assembly was established in the German-speaking region of Belgium last year. Paris voted to institute its own permanent citizen assembly on the same day the Arendt Center Conference opened. And on the final day of our conference, Darrah Cloud, the Town Supervisor for Pine Plains, NY, announced at her talk at the conference that Pine Plains would also institute a permanent citizens assembly.

There is a story told about citizen assemblies and sortition (the technical word for choosing representatives by lottery). The story begins in ancient Athens where Athenians chose most of the representatives who governed them by lottery. As Aristotle explained, lottery was the appropriate way for choosing rulers in a democracy because it allowed for a wide variety of representatives from all strata of society. Elections were the proper way to choose representatives in an aristocratic society because in elections it would be the established, wealthier, and more educated citizens who would be advantaged. The democratic city states of Italy also used sortition to choose their leaders. Every major political theorist who considered the issue (including Montesquieu and Rousseau) agreed that democracies choose their government by lottery and that elections were for aristocracies.


The traditional association of democracy with the choosing of representatives by lot ended with the American Constitution. The story told by advocates of citizen assemblies is that the American Constitution was a betrayal of democracy and was the turning point at which democracies embraced elections and thus lost their foundation in the will of the entirety of the people.

This story is not wrong. It is the case that the U.S. Constitution did explicitly reject the use of lottery and embrace elections because the founders of the United States feared the instability and demagogic dangers they associated with democracy. At the same time, as I argued in my opening talk and discussed with David Van Reybrouck after his talk, it makes more sense to see the exciting movement for citizen assemblies as a reinvigoration of a tradition of civic republicanism that is rooted in the American Constitutional tradition. In my alternative story, citizen assemblies serve as institutional spaces of freedom that Thomas Jefferson sought to establish with his proposal for “ward system” and that Hannah Arendt writes about in her book On Revolution. Understood in this way, citizen assemblies offer the potential to revitalize American democracy because they provide an institutional space for citizens to talk and debate with each other, towards whichever ends they decide. In doing so, they could instantiate in modern electoral democracies a space for citizens (and even non-citizens) to exercise their human rights to see and be heard in public.

You can watch my talk along with David Van Reybrouck’s talk and our discussion--as well as the entire Arendt Center Conference--here.