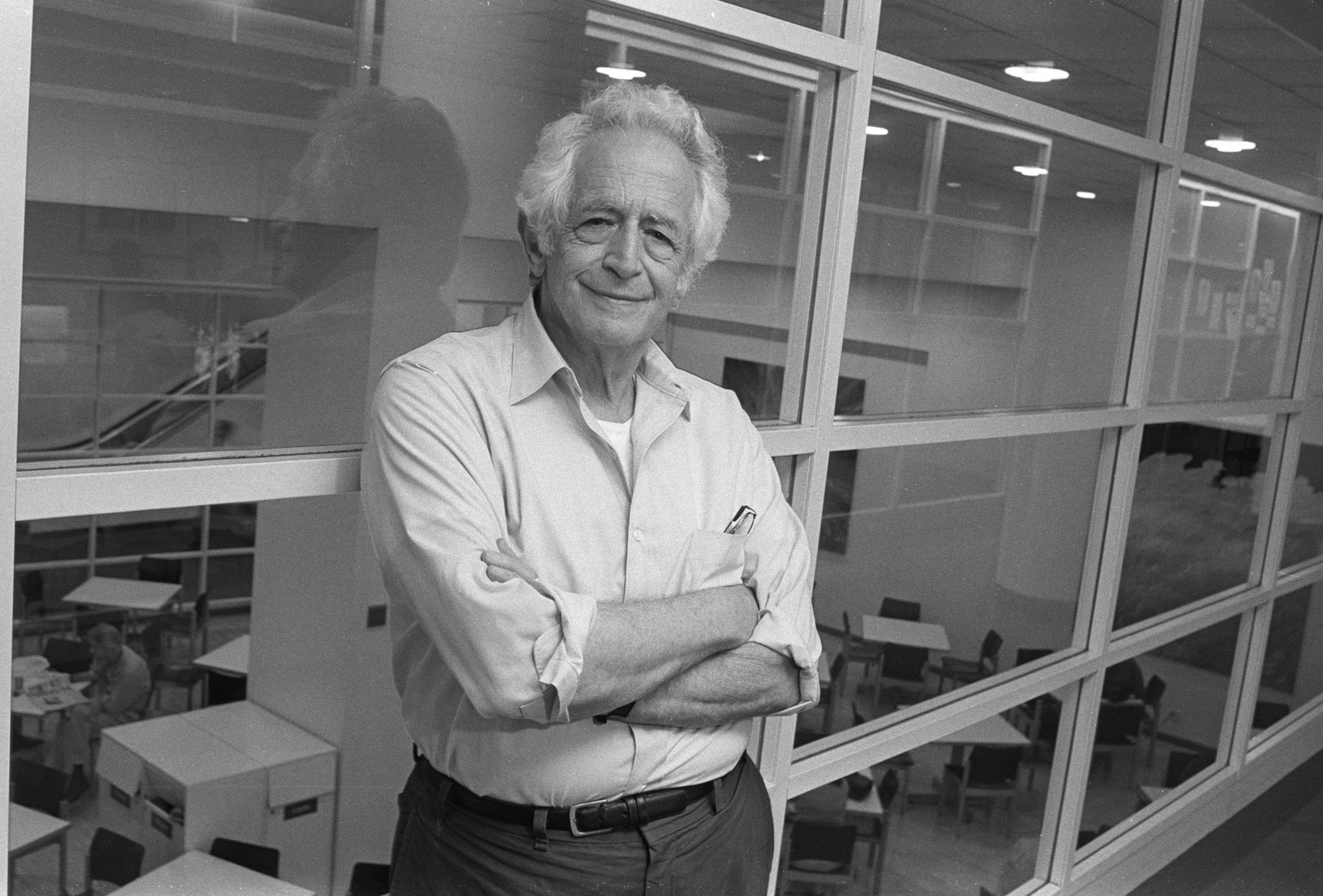 Roger Berkowitz
Richard Bernstein died this week. He is the author of Praxis and Action, Hannah Arendt and the Jewish Question, and Why Read Hannah Arendt Now? amongst many other books.  He arrived at the New School for Social Research in 1989, where he taught courses on Hannah Arendt, amongst other interests. His obituaries are here,  here and in German here. Dick spoke at the first Hannah Arendt Center Conference Thinking in Dark Times in 2006. At that conference, I asked Dick to respond to the question, “Is Evil Banal?” In typical fashion, his response was to challenge the question. His talk is transcribed and published in the volume Thinking in Dark Times: Hannah Arendt on Ethics and Politics.  Dick’s essay begins:

I have been asked to address the question: “Is Evil Banal?” I am going to be confrontational because I think that this question is badly formulated. This is the type of question that invites serious misinterpretations of Arendt. I find the question objectionable for three reasons. First, the question suggests that Arendt has a general theory or thesis about the nature of evil. This is absolutely false. Over and over again she insisted that she was not proposing a general theory when she spoke about the banality of evil. She was calling attention to a factual phenomenon that she observed at the trial of Adolph Eichmann in Jerusalem. Second, the question obscures the most important aspect of Arendt’s thinking about evil. From the time that she discovered what was happening in the Nazi death camps--especially Auschwitz--until her death she sought on a number of occasions to comprehend what was distinctive about Nazi evil. One needs to follow the twists and turns of her thinking to appreciate fully her subtle and complex reflections on evil. Third, the question obscures a distinction that is crucial for Arendt--the distinction between the doer and the deeds. “The banality of evil” describes the character and motivations of the doer (Eichmann), not his deeds--the monstrous actions that he committed, and for which he was fully responsible. She categorically rejected the “cog” theory--that Eichmann was simply a cog in a complex machine. Remember, she supported the Court’s decision to hang Eichmann. The suggestion--still quite common--that Arendt was trivializing the evil of the Shoah by speaking about Eichmann’s banality is a slander.

To justify my critical remarks, one has to say a few words about Arendt as a thinker. The metaphor that best characterizes Arendt’s style of thinking is “thought trains.” She was not a theoretician who proposed general and comprehensive theories. She pursued different thought trains; sometimes these intertwine and reinforce each other and sometimes they conflict and even contradict each other. She was an independent thinker (Selbstdenker)--she did not follow fashions or schools of thought. This is why she is still so thought-provoking--she makes us think. On any topic that she discusses--whether it is action, politics, freedom or evil--there are various strands in her thinking that need to be carefully discriminated. This is emphatically true of her reflections on evil.

If we turn to The Origins of Totalitarianism we discover that she initially characterized Nazi Evil as absolute or radical evil. And by radical evil, she means the evil of making human beings superfluous as human beings. Difficult as it is to conceive of an absolute evil even in the face of its factual existence, it seems to be closely connected with the intention of a system in which all mean are equally superfluous. The manipulators of this system believe in their own superfluousness as much as that of all others, and the totalitarian murderers are all the more dangerous because they do not care if they themselves are alive or dead, if they ever lived or never were born. The danger of the corpse factories and holes of oblivion is that today, with populations and homelessness everywhere on the increase, masses of people are continuously rendered superfluous if we continue to think of our world in utilitarian terms.

Arendt claimed that the concentration and death camps served as “laboratories” for the Nazis. “The camps are meant not only to exterminate people and degrade human beings, but also to serve the ghastly experiment of eliminating, under scientifically controlled conditions, spontaneity itself as an expression of human behavior and transforming the human personality into a mere thing, into something that even animals are not . . .” Arendt subsequently questioned whether what she was describing should be called “radical evil,” because “radical” (roots) suggests that there is something deep about evil. She came to think that evil is always on the surface. “It can overgrow and lay waste the whole world precisely because it spreads like a fungus on the surface.” But she never rejected her claim that making human beings superfluous as human beings is evil--transforming them into something that is less than human.

I want to focus on the phrase the “banality of evil” because it is still badly misinterpreted. The expression “the banality of evil” appears only once--in the final sentence of her report (just before her epilogue). Arendt comments on “the grotesque silliness” of Eichmann’s final words before being hanged. Eichmann is reported to have said: “After a short while, gentlemen, we shall all meet again. Such is the fate of all men. Long live Germany, long live Argentina, long live Austria. I shall not forget them.” This is Arendt’s comment:

In the face of death, he had found the cliché used in funeral oratory. Under the gallows, his memory played him the last trick; he was “elated” and he forgot that this was his own funeral. It was as though in those last minutes he was summing up the lesson that this long course in human wickedness had taught us—the lesion of the fearsome, word-and-thought-defying banality of evil.

Some years ago, reporting the trial of Eichmann in Jerusalem, I spoke of the “banality of evil” and meant with this no theory or doctrine but something quite factual, the phenomenon of evil deeds, committed on a gigantic scale, which could not be traced to any particularity of wickedness, pathology, or ideological conviction in the doer, whose only personal distinction was perhaps an extraordinary shallowness. However monstrous the deeds were, the doer was neither monstrous nor demonic, and the only specific characteristic one could detect in his past as well as in his behavior during the trial and the preceding police examination was something entirely negative: it was not stupidity but a curious, quite authentic inability to think.