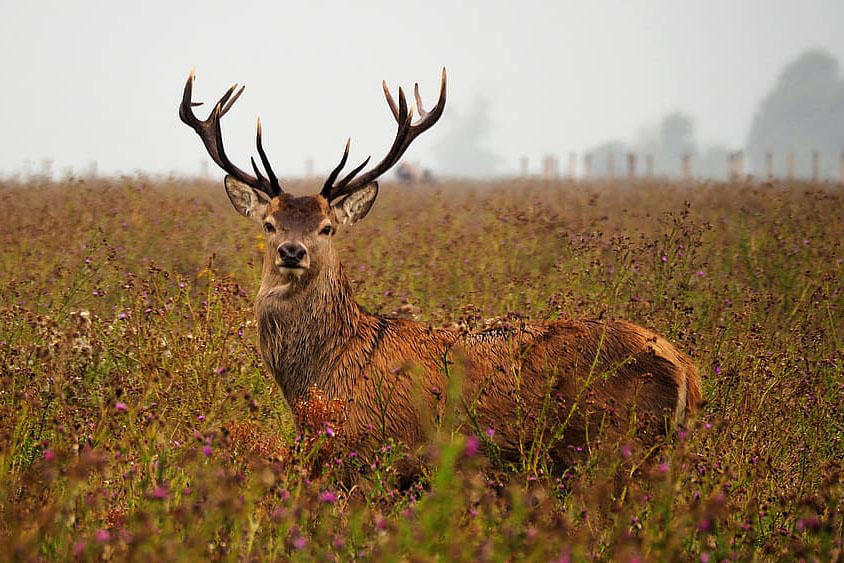 08-12-2020
By Roger Berkowitz
In the 1950s, the Dutch drained an area of wetland and a new province called Flevoland rose up from the sea. Part of that province witnessed the emergence of a wetland ecosystem and an ecologist Frans Vera sought to turn the nearly 15,000 acres into an experiment in bringing back a wild world. He introduced ancient animals and let the land grow. “The idea was to let natural forces restore biodiversity without intervening.” This area is called Oostvaardersplassen, or OVP, and it is the center of a battle over the idea of “rewilding,” a term that means to “limit the human empire” in the so-called Anthropocene, the proposed geological epoch that begins with human activity’s first significant impacts on the planet.”
But what does it mean to let an area go “wild.” In the Oostvarderplassen, rewilding means that the area is fenced in; animals are starving to death, and suffering is rampant. Some proponents of the OVP argue this is what nature entails. Other activists argue it is a kind of fascist human experiment involving animal torture.
Ten years ago at an Arendt Center Conference on Human Being in an Inhuman Age, Marianne Constable argued that the movement for sustainability was always paradoxical, that it demanded heavy-handed human intervention into nature in order to preserve the natural world in its wild state. Now Valentine Faura explores the paradoxes and controversies over the efforts to make the Oostvaardplassen an example of rewilding.
In the wild, many creatures die from disease, wounds, starvation, or predation much more frequently than from old age. Sometimes nature deals massive blows. In 2015, for example, a bacterium wiped out 200,000 saiga antelopes in Kazakhstan in a matter of weeks. “In sober truth,” wrote the philosopher John Stuart Mill, “nearly all the things which men are hanged or imprisoned for doing to one another are nature’s every-day performances.” But when we’ve orchestrated the wilderness, must we then let it carry out its cruelty unimpeded?

As gruesome images of the widespread animal deaths spread, opposition to the OVP started to take root. In 2005 the president of the Dutch Council on Animal Affairs compared the situation to a concentration camp, to a form of “animal experimentation” that must be abandoned. Some years later, organized resistance groups mobilized to save the animals that remained. Vera began receiving threats online.

That year, the Dutch government commissioned an international committee of experts to find out whether it was possible for the OVP “to maintain a resilient, self-sustaining ecosystem including large herbivores” that was acceptable in terms of animal welfare. To compensate for the reserve’s lack of carnivores, the committee determined that the weaker animals should be killed to avoid painful natural deaths. It also recommended that shelters be created to protect the animals from the wind. Humankind was reasserting control over the laws of nature….

In this natural space, humans—their dreams, their battles, their shortsightedness, and above all, their financial motives—remain inescapable. Even the proponents of rewilding use the economic argument, adopting a lexicon borrowed from the market, of a nature-based economy or an economy of contemplation.

So it’s no surprise that in the Oostvaardersplassen, tourism looms on the agenda. It is about image, financing, compromise. “Sooner or later,” says Drenthen, “there will be holiday homes, cycle paths, and bird-watching huts.”

After all, what good would this wilderness be if it can’t be admired by humans?