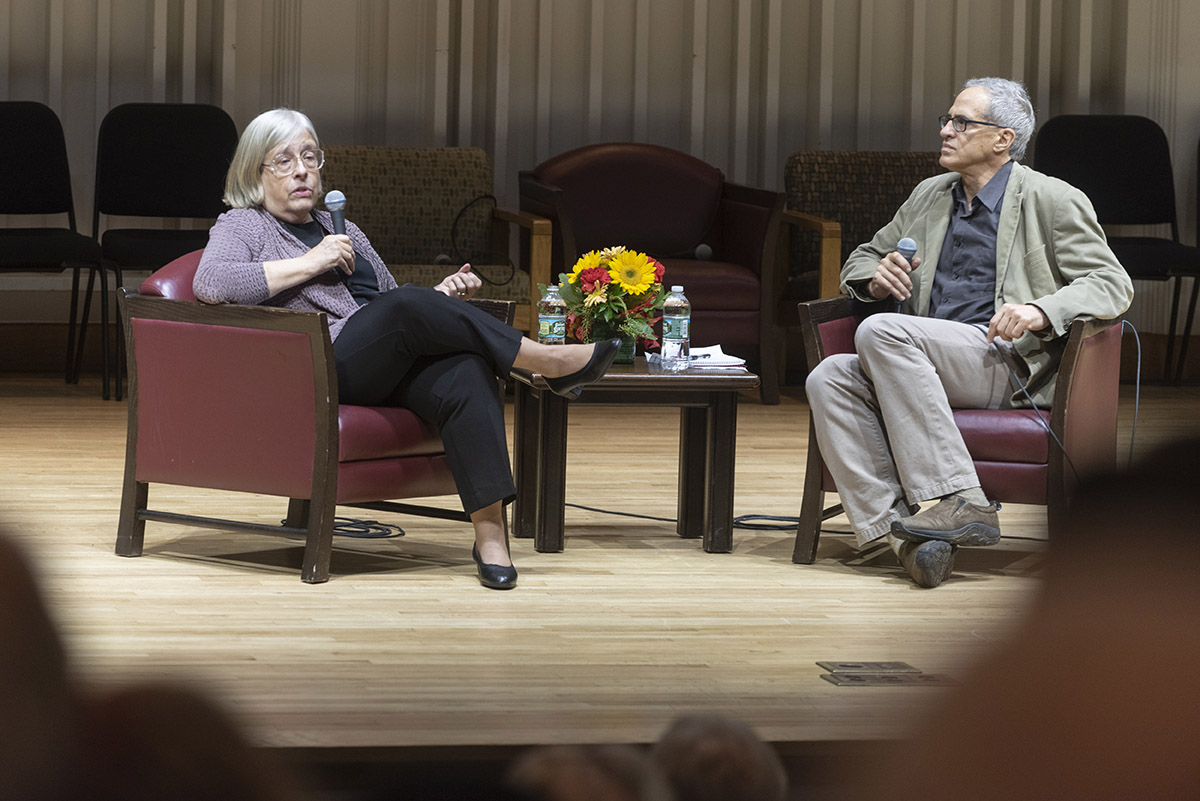 In conversation at the 2018 Annual HAC Conference.

Saving America Once Again: Comparing the Anti-Trump Resistance to the Tea Party

Good morning, everyone. I’m very grateful for the invitation to speak at Bard College—this is my first visit—and at a conference in honor of a remarkable thinker, Hannah Arendt. And I’m very appreciative of the introduction from Professor Peter Rosenblum and the chance to hear Dean Deirdre d’Albertis and Professor Roger Berkowitz speak before me.
What I’m going to do today is to talk about two remarkable upsurges of self-organized citizen activity that have spread across the United States in just the last decade. I’m going to be talking about the Tea Party from 2009 to 2011—although there are still some Tea Parties meeting—and the anti-Trump grassroots resistance that has self-organized across many communities in the country since the November 2016 election.
I want to begin with two quotations my colleagues and I heard from organizers of local groups in the Tea Party and the anti-Trump resistance. Notice the remarkable similarities. An Arizona Tea Party husband and wife that my coauthor and colleague, Vanessa Williamson, met in 2011 explained to her:

We’ve always voted, but being busy people we just didn’t keep up, keep as involved as maybe we should have. And now we’re at the point where we’re really worried about our country. I feel like we came out of retirement. We do Tea Party stuff to take the country back to where we think it should be.

That’s the kind of message we heard from all of the grassroots Tea Party participants and organizers we met and interviewed and observed in different parts of the country in 2011—in Arizona, Virginia, and New England.
More recently, I’ve been traveling around the country to study what’s happening in counties that went for Trump in North Carolina, Ohio, Pennsylvania, and Wisconsin; and one of the Wisconsin organizers of a local resistance group that I met told me in 2017,

I had always been a consistent voter and donated to my party and some select candidates; but I had not been super-involved. Then the presidential campaign of 2016 became more and more ridiculous and frightening, and our very worst nightmare happened. My life changed overnight. My peace of mind was robbed from me. I was called to action. I feel like a soldier in a war trying to save this country, my children’s future, the climate, and the list keeps growing.