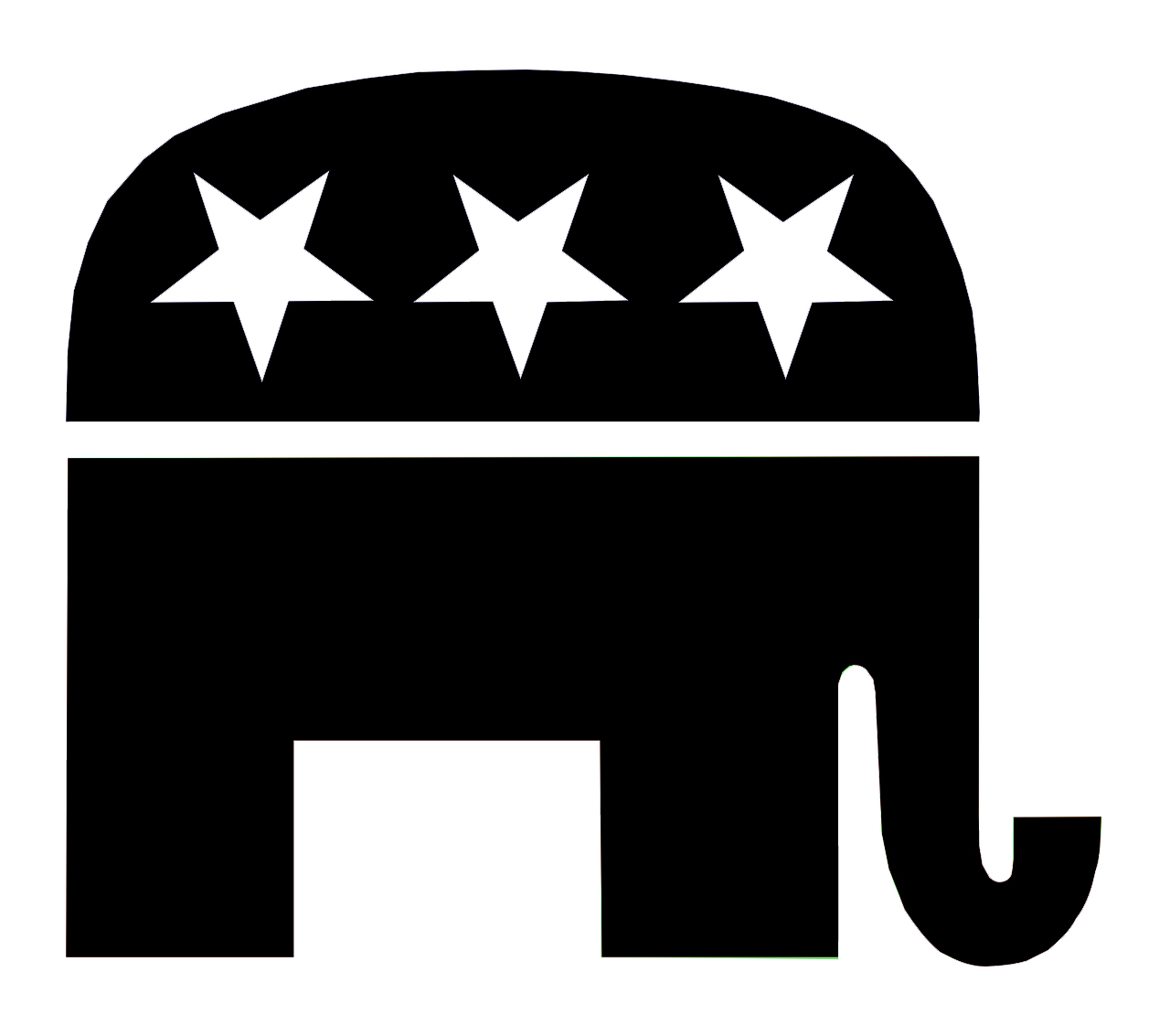 The Age of Loneliness?

The Age of Loneliness? 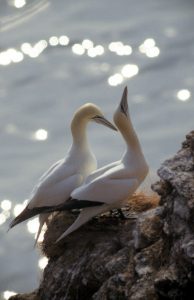 CC BY-SA 3.0[/caption] Loneliness, Hannah Arendt argues, is the foundation of totalitarianism. While it is no doubt true that loneliness is an age-old human experience, it was typically a “borderline experience usually suffered in certain marginal social conditions like old age.” In the modern age, Arendt argues, loneliness “has become an everyday experience of the evergrowing masses of our century.” It is the spread of loneliness that makes masses of people desire the “suicidal escape from this reality” that totalitarian fantasies promise. To believe in an ideological certainty—be it the superiority of Aryans, the destined rule of the working class, the power of whiteness, or the purity of social justice—is to trade the metaphysical loneliness and rootlessness of modern life for the certainty and shared purpose of mass movements. Given this deep connection between loneliness and modern forms of absolutism, Samantha Hill argues we should take seriously the sudden outbreak of stories about loneliness. —RB

“The loneliest bird in the world died last week. Nigel, a gannet bird who lived on Mana Island off the coast of New Zealand was found dead near a decoy mate he spent years trying to court. According to an article in the Washington Post, Nigel migrated to the island in 2013, which was populated with some 80 decoys birds, meant to entice other followers. Nigel fell in love with one of the wooden birds, grooming her, building her a nest, nuzzling her fading paint. Nigel is not alone. In the past week Quartz, The Cut, the New York Times, TIME, and The Washington Post have all published articles on loneliness. Last month Britain appointed a Minister of Loneliness to help deal with the rising rates of isolation individuals feel. Reports revealed that roughly 15 to 20 percent of British citizens regularly feel lonely. The appointment was in part a response to the 2016 murder of Jo Cox, who was killed by a man with connections to the far-right. Loneliness had been one of her primary policy issues. Prime Minister Theresa May said of the appointment: “We should all do everything we can to see that, in Jo’s memory, we bring an end to the acceptance of loneliness for good,” May said in a statement in mid-January. “For far too many people, loneliness is the sad reality of modern life.”... It is not surprising that loneliness is appearing at this moment as a Western problem. Loneliness, as a condition of modernity, has always posed a threat to democracy. And right, democracy is suffering. The two go hand-in-hand. When people feel cast out, unable to connect and find meaning, they often turn toward social movements or ideological leaders in order to become a part of something. Theodor Adorno called this the “American Joiner Mentality.” Hannah Arendt argued that loneliness was the breeding ground for totalitarianism.” 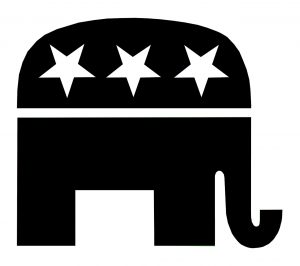 Last week I discussed an essay by Roger Cohen arguing that the grave threat posed by President Trump was moral and legal corruption. I referred to an essay written shortly after the 2016 election in which Jonathan Rauch quoted Benjamin Wittes about the danger Trump posed to the norms of small ‘r’ republicanism. In that essay by Rauch, he cites Wittes who said:

“The first thing you’re going to blow through is not the laws, it’s the norms.” By “norms,” [Wittes] means such political and social customs as respecting the law, accepting the legitimacy of your political opponents, tolerating speech you disagree with, performing civic duties like voting and staying informed, treating public office with dignity, and not lying. Fervently and frequently, the Founders warned that the Constitution would stand or fall on the public’s commitment to high standards of behavior—what they called republican virtue. James Madison said “parchment barriers” could not withstand the corruption of democratic norms. George Washington, in his farewell address, said, “It is substantially true that virtue or morality is a necessary spring of popular government.” John Adams warned that “avarice, ambition, revenge, or gallantry would break the strongest cords of our constitution as a whale goes through a net.” When Benjamin Franklin was asked what kind of government the Constitution established, he replied: “A republic—if you can keep it.”

Now Rauch and Wittes, two of the country’s finest, most independent, and least partisan journalists, have co-authored an essay in The Atlantic that makes the case that we are at a moment of reckoning. It is time, they argue, to recognize that not only President Trump, but also the Republicans who enable him, are a clear and present danger to the republic. They call for Republicans and others to boycott the Republican Party.

“A few days after the Democratic electoral sweep this past November in Virginia, New Jersey, and elsewhere, The Washington Post asked a random Virginia man to explain his vote. The man, a marketing executive named Toren Beasley, replied that his calculus was simply to refuse to calculate. “It could have been Dr. Seuss or the Berenstain Bears on the ballot and I would have voted for them if they were a Democrat,” he said. “I might do more analyses in other years. But in this case, no. No one else gets any consideration because what’s going on with the Republicans—I’m talking about Trump and his cast of characters—is stupid, stupid, stupid. I can’t say stupid enough times.” Count us in, Mr. Beasley. We’re with you, though we tend to go with dangerous rather than stupid. And no one could be more surprised that we’re saying this than we are. We have both spent our professional careers strenuously avoiding partisanship in our writing and thinking. We have both done work that is, in different ways, ideologically eclectic, and that has—over a long period of time—cast us as not merely nonpartisans but antipartisans. Temperamentally, we agree with the late Christopher Hitchens: Partisanship makes you stupid. We are the kind of voters who political scientists say barely exist—true independents who scour candidates’ records in order to base our votes on individual merit, not party brand. This, then, is the article we thought we would never write: a frank statement that a certain form of partisanship is now a moral necessity. The Republican Party, as an institution, has become a danger to the rule of law and the integrity of our democracy. The problem is not just Donald Trump; it’s the larger political apparatus that made a conscious decision to enable him. In a two-party system, nonpartisanship works only if both parties are consistent democratic actors. If one of them is not predictably so, the space for nonpartisans evaporates. We’re thus driven to believe that the best hope of defending the country from Trump’s Republican enablers, and of saving the Republican Party from itself, is to do as Toren Beasley did: vote mindlessly and mechanically against Republicans at every opportunity, until the party either rights itself or implodes (very preferably the former).”

It is important to understand the reason Rauch and Wittes offer what they call a “counsel of desperation.” It is not their dislike for Republican policies. Nor is it simply a fear or hatred of President Trump. Instead, they argue that what motivates them is the shocking fact that the Republican Party “has proved unable or unwilling (mostly unwilling) to block assaults by Trump and his base on the rule of law. Those assaults, were they to be normalized, would pose existential, not incidental, threats to American democracy.”  Specifically, the Republicans have been unwilling (or unable) to restrain Trump’s attacks on law enforcement that is eroding the independence of the justice system; and they have looked the other way at  his encouragement of a foreign power in its meddling with United States elections. But above all, we witness the erosion of constitutional and republican norms when Republicans accept as normal attacks on the media, justice system, and civil service that would have been condemneds as outlandish and impeachable if they had been done by President Obama or a President Clinton. The situation is dire and the only way forward is for the electorate to hand Republicans a stunning defeat in November. That is why Rauch and Wittes call on all right-thinking Republicans to boycott Republicans and vote Democratic for the good of the country. —Roger Berkowitz  Form more information visit: https://www.theatlantic.com/magazine/archive/2018/03/boycott-the-gop/550907/ 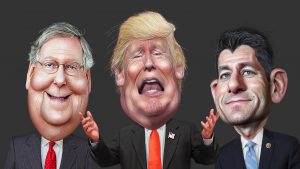 By DonkeyHotey, CC BY-SA 2.0[/caption] Ross Douthat is one of those Republican “never-Trumpers” who is part of the target audience for Rauch and Wittes’ call for a boycott of Republicans. But Douthat demurs and pushes back. While he concedes Republican leaders should do more to rein in the President’s moral and character failings, Douthat argues that Republicans are actually succeeding in keeping the President under control.

“So according to authors who are trying to convince Trump-skeptical Republicans to vote against every single G.O.P. politician on principle, many Trump-era Republicans have 1) defended and protected a sweeping probe into their president’s campaign and possibly his family’s finances; 2) passed legislation punishing Russia for its interference; and 3) conducted a “serious Russia investigation” from within the United States Senate. All of which seems like … quite a bit? Perhaps even a sign that many prominent Republicans are not really just “enabling” Trump at all? Now it’s quite true that other Republicans, especially in the House, have run interference for Trump’s attacks on Mueller’s probe, and encouraged rank-and-file conservatives and frequent “Hannity” viewers to believe the worst about the F.B.I. and other “deep state” organs. But partisan attacks on a special counsel’s probe are not the same thing as a sustained presidential assault on democratic institutions. Nor are angry presidential tweets that lack any sustained follow-through: If the president yells about his persecutors and little or nothing happens — the Mueller probe continues, Rod Rosenstein keeps his job, etc. — what’s undermined is presidential authority, not the rule of law. And if many House Republicans are working to enable Trump’s authoritarian instincts while various Senate Republicans work to constrain them, surely that’s cause for precisely the kind of discriminating thinking that Wittes and Rauch want their Republican readers to rule out — for praising Richard Burr and criticizing Devin Nunes, let’s say, or for hoping Republicans keep the Senate while not minding if they lose the House, or otherwise judging conservative leaders case by case rather than insisting that they’re all rubber-stamping an incipient dictatorship.”