The Banality of the Elite

The Banality of the Elite

The New York Review of Books published three essays on gender politics in its recent issue. One was by Ghomeshi, who had been accused of a truly disturbing variety of sexual harassments by 23 different women. Six years later, he has written about his experiences. There was a time when essays by criminals were in vogue for what they revealed about the criminal mind as well as what lessons of remorse. Ghomeshi was actually acquitted, but he admitted in his essay serious shortcomings and owned awful behavior. At the same time, he insisted that much of what he was accused of in the world of social media was wrong or unfair or both. He offered an account of his experiences, at times painfully self-justificatory, and at times illuminating.

For the act of publishing his essay and then defending that judgment in public, the editor of the New York Review of Books Ian Buruma was forced to resign. According to Buruma, Rea S. Hederman,  the publisher of the distinguished journal, was worried about the potential loss of advertising by academic presses. Such is the cowardice of our times.

People are scared, not because they have done things that are criminal, but that if they utter the wrong opinion or tweet the wrong tweet, they will be ostracized, fired, and ruined. We are, Sullivan argues, living through a moment of social terror in which the punishment is not the guillotine, but branding via hashtags. 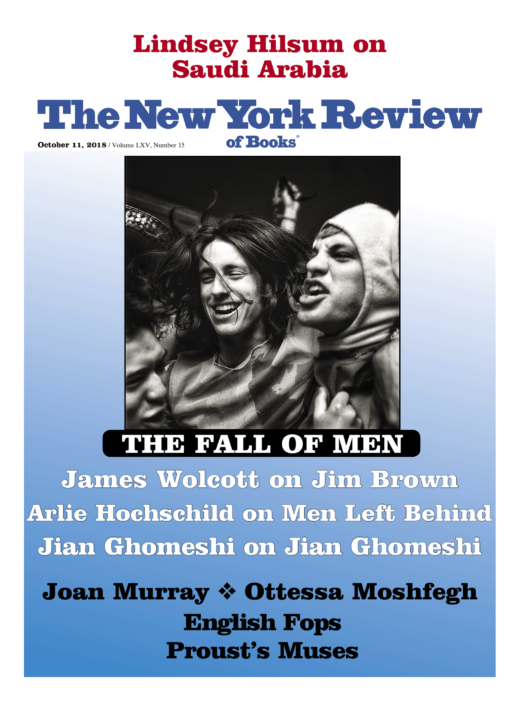 The lessons to draw from the testimonies of Brett Kavanaugh and Christine Blasey Ford are contested. Rightly, most of the focus is on the way women are actively claiming their public voice around questions of sexuality. Another theme concerns the state of masculinity today. Some saw in Kavanaugh's rage, his sense of betrayal, his shock at having something he wants desperately slip from his grasp, an expression of male privilege and toxic masculinity. For others, Kavanaugh stood his ground, refused to be cowed by unproven accusations, and defended himself like a man in an age where few men have such courage. In thinking about the contested terrain of masculinity, Arlie Hochschild offers a map to the "discontents of male identity." "A recent book not mentioned by Carlson, The Boy Crisis: Why Our Boys Are Struggling and What We Can Do About It, by Warren Farrell and John Gray, gives another set of such statistics. In high school, boys receive 70 percent of Ds and Fs, are more likely than girls to be suspended, and are less likely to graduate or be chosen as class valedictorian (70 percent of whom are girls). Other research shows that boys are less likely to enjoy school or think grades are important.1 Carlson complained that the media have been silent about these problems. He blamed this on public figures who he thinks focus too much on women: Barack Obama, Hillary Clinton, the Democrats, and the faculties of "liberal" university-based gender studies programs. (Carlson's series ran during Women's History Month.) In support of this view, he consulted the provocative and popular University of Toronto clinical psychologist Jordan Peterson, who insisted that any talk of "equity, diversity, inclusivity" should be considered "indoctrination" and reason to withdraw a boy from any school with a curriculum in which such words appear. Manhood, both Carlson and Peterson have suggested, is something that liberals disparage and conservatives protect. Carlson omitted to say that, as of 2016, women earn 80.5 cents to every dollar a man earns for year-round full-time work (a gap that increases as level of education rises), and that two thirds of minimum-wage workers are women. Men's college enrollment is still on the rise-that is, relative to female BA-holders, males have declined since 1970, but relative to their male counterparts in 1970, a higher proportion of men hold BAs today. Carlson also largely ignored differences in class and race that exacerbate those of gender. As the MIT labor economist David Autor and his coauthors found in a study of Florida brother-sister pairs, the gender gap in school performance is wider among the poor than the rich. Boys born to mothers with lower education and income got lower grades, relative to their sisters, than boys born to more highly educated and affluent mothers. Still, we can't dismiss such statistics as a hyperbolic reaction to feminism. In the last three decades, the lives of men have undergone what Autor and coauthor Melanie Wasserman have called a "tectonic shift." Compared to women, a shrinking proportion of men are earning BAs, even though more jobs than ever require a college degree, including many entry-level positions that used to require only a high school diploma. Among men between twenty-five and thirty-four, 30 percent now have a BA or more, while 38 percent of women in that age range do."

An Enemy of the People 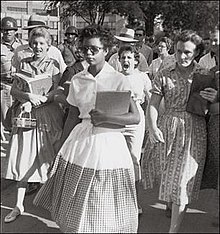 David Margolick recalls Jerry Dhonau who died recently. Dhonau made a small bit of history when he and other journalists formed a cordon to protect 15-year-old Elizabeth Eckford from a racist mob near Little Rock Central High School on the morning of Sept. 4, 1957. Dhonau had been remembered in an obituary in The Arkansas Democrat-Gazette. But the paper left out an important part of the story-that for what he had done, Dhonau was harassed and threatened as "an enemy of the people." "That was when Mr. Dhonau and a small group of reporters and cameramen - Mr. Fine, Ray Moseley of The Gazette, Paul Welch of Life and a couple of others - formed an informal cordon around Ms. Eckford. A photograph of them, far less famous than the one of Ms. Eckford negotiating the mob a few minutes earlier (both taken by Will Counts of The Arkansas Democrat), captured the scene. In it, Mr. Dhonau, a lanky young man in a suit, stands near the bench, writing in his notebook. He and Mr. Fine, wearing a bow tie, were hardly intimidating. Still, they were two points in the makeshift line that, for whatever reason, none of Ms. Eckford's tormentors dared cross. Afterward, Mr. Dhonau reproached himself for what he had done. "The only time I lost my objectivity," he said. Gene Foreman, another former Gazette colleague and later the editor of The Philadelphia Inquirer, thinks he was being too hard on himself. "His was a passive act, as opposed to Fine's active intervention," said Mr. Foreman, author of a textbook on journalistic ethics. To some that day, Mr. Dhonau and his ilk were very much "enemies of the people." Members of the mob tried toppling the telephone booths from which he and other reporters were transmitting what they had just seen to the rest of the world. That night, Mr. Dhonau received angry, anonymous phone calls. And twice the F.B.I. awakened him - not to ask him what had happened that day, but to find out whether the Times reporter had indeed egged on the crowd, as some locals had claimed."