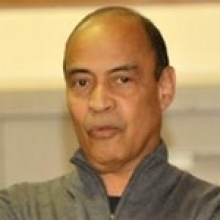 If you want an example of the inability to see the absurdity of a situation and a complete aversion to reality, the story of how the Democratic Socialists of America have canceled a speech by Adolph Reed is at the top of the list. Reed grew up in the segregated South and organized poor Black people and war resisters. He has been a leading socialist fighter for the rights and dignity of the poor. And he is an esteemed professor. But Reed’s belief that the root of oppression today is based in poverty rather than race runs afoul of contemporary pieties. As Michael Powell explains, this has led to the truly unreal situation where he has been prevented from speaking to the Democratic Socialists.

"Adolph Reed is a son of the segregated South, a native of New Orleans who organized poor Black people and antiwar soldiers in the late 1960s and became a leading Socialist scholar at a trio of top universities.
Along the way, he acquired the conviction, controversial today, that the left is too focused on race and not enough on class. Lasting victories were achieved, he believed, when working class and poor people of all races fought shoulder to shoulder for their rights.

In late May, Professor Reed, now 73 and a professor emeritus at the University of Pennsylvania, was invited to speak to the Democratic Socialists of America’s New York City chapter. The match seemed a natural. Possessed of a barbed wit, the man who campaigned for Senator Bernie Sanders and skewered President Barack Obama as a man of “vacuous to repressive neoliberal politics” would address the D.S.A.’s largest chapter, the crucible that gave rise to Representative Alexandria Ocasio-Cortez and a new generation of leftist activism.

His chosen topic was unsparing: He planned to argue that the left’s intense focus on the disproportionate impact of the coronavirus on Black people undermined multiracial organizing, which he sees as key to health and economic justice.
Notices went up. Anger built. How could we invite a man to speak, members asked, who downplays racism in a time of plague and protest? To let him talk, the organization’s Afrosocialists and Socialists of Color Caucus stated, was “reactionary, class reductionist and at best, tone deaf.”

“We cannot be afraid to discuss race and racism because it could get mishandled by racists,” the caucus stated. “That’s cowardly and cedes power to the racial capitalists.”

Amid murmurs that opponents might crash his Zoom talk, Professor Reed and D.S.A. leaders agreed to cancel it, a striking moment as perhaps the nation’s most powerful Socialist organization rejected a Black Marxist professor’s talk because of his views on race."