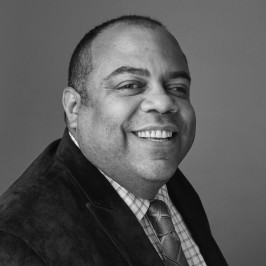 Among Ward’s concerns are anti-LGBTQ violence, the growing influence of xenophobia on public policy, and antisemitism across the political spectrum.
A performer, Ward has a special interest in the use of music to advance inclusive democracy. He works with musicians to create new narratives that lift-up anti-bigotry and inclusion and puncture the myths driving American political and social divisions. He invites those who want to be heard along with politicians and movement leaders into the safe conversational space that exists between a performer and their audience. Ward’s own widely quoted writings and speeches are credited with narrative shifts in the discussion on race in the United States.