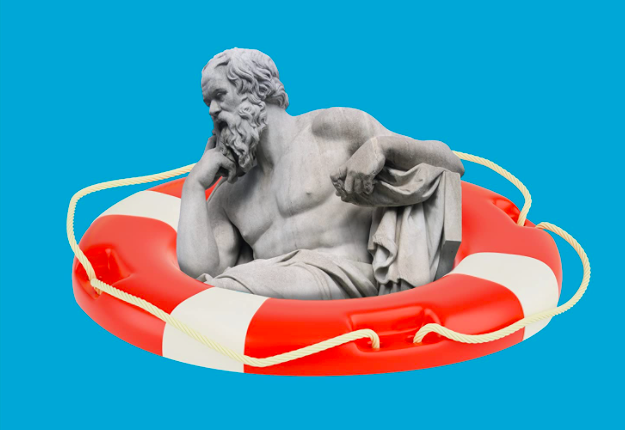 The Classics for All

The Classics for All
Roger Berkowitz

When Roosevelt Montas immigrated to the Bronx from the Dominican Republic, he found a copy of Plato’s Dialogues in a garbage dump and took it home. It changed his life. The path Montas has tread is one that balances two brilliant insights: first, the ideal of enlightenment and rationality that leads to a culture of inquiry, liberal universalism, and individual freedom; and second, the experience of alienation and displacement for those whose histories, realities, and truths must be shed in order to embrace the benefits of rationalism. Liberal universalism has given us science, individual flourishing, and cosmopolitan openness. But it also has undone the local, religious, traditional systems of meaning and rootedness that have offered purpose and sense to human lives for millennia.  In our time we should be keenly aware of both the glory and the pain that such rationalism entails. Much of the radicalism rushing over our world is a reaction to the humiliation and loss that is a result of the failure of the universalist rationalist project. And yet the turn to identity that so often results from a rejection of liberal values is, also, a dangerous game, one that leads easily to radical identitarian movements built on chauvinism and racial, gender-based, or class-based prejudices. Instead of embracing the conflict between universalism and identity, we too often choose sides, either insisting that liberal individualism is an unadulterated evil or an unquestionable good. Jumping off from Montas’s own discovery of the classic tradition of rationalism, Thomas Chatterton Williams argues that the tradition still holds value for all people and not just an elite, especially those whose ambition today can be to make the great books their own.

Montas intervenes in this muddled ideological context, insisting that “the tradition matters, not because it is Western, but because of its contribution to human questions of the highest order.” His unapologetic defense of the Great Books program at Columbia (where he is a senior lecturer in American Studies and English), as well as the humanities more broadly, is structured as an intellectual love letter to four pivotal figures: Socrates, Augustine, Freud, and Gandhi. The four exemplify and, in the case of Gandhi, challenge the cultural and intellectual heritage that has produced the comparatively open and democratic swath of the world we are lucky enough to inhabit. Much like Padilla’s, Montas’s story is that of deep talent, recognized and then carefully cultivated. Yet he wears his learning lightly, demonstrating the ways in which the currents of thought transmitted by these four men, which they have also redirected, made possible the imperfect but undeniable progress that conditioned his own ascent.
More than anything, though, his book is a warning. Montas pleads throughout—perhaps romantically or, it could also be said, pragmatically—the case of a “great books” education for the masses. “One of the dangers facing American higher education—and American civic culture in general,” Montas cautions toward the end of Rescuing Socrates, “is a return to a time when liberal education was the exclusive province of a social elite.” The most prestigious liberal-arts colleges and programs that are written off today as vectors of “white supremacy culture,” he argues, are likely to survive, “if not unscathed, at least not fundamentally transformed.” This is because “many well-to-do families from the US and abroad will continue to seek—and pay for—a traditional liberal arts experience for their children,” he continues. “Moreover, alumni are not likely to turn their backs on their alma maters.” But the non-elite and the nonwhite may find themselves driven back to the “technical, vocational, and professional” tracks, or to the whims of merely faddish thinking, to our collective impoverishment.