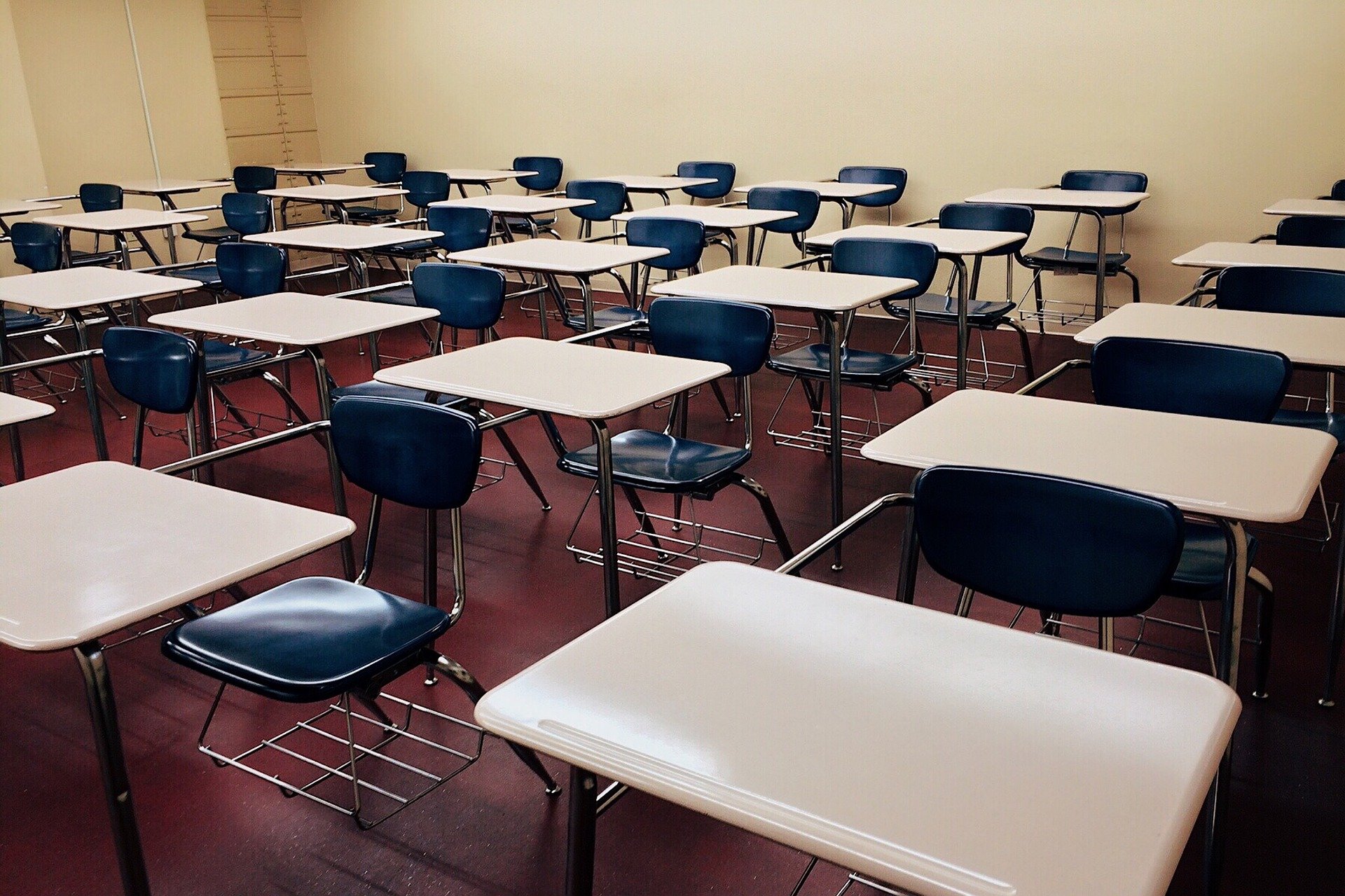 The Classroom as Public Space

Scott Newstock turns to Shakespeare and Hannah Arendt to reflect on the loss of the classroom space over the last year.

Even more than my office, I’ve simply missed the place of my classroom. True, there’s little ennobling about institutional carpet underfoot or fluorescent lights flickering overhead. Yet wherever you gather a group of humans, a space somehow becomes a place. While we have come to know the intimate spaces of our confines, we’ve lost our sense of how these spaces of our selves overlap, to become places where we convene, for a shared experience.

In her book The Human Condition, the great thinker Hannah Arendt made an analogy between society and sitting around a table. She urged us to imagine “a spiritual séance where a number of people gathered around a table might suddenly, through some magic trick, see the table vanish from their midst, so that two persons sitting opposite each other were no longer separated but also would be entirely unrelated to each other by anything tangible.”

Arendt’s imagined scenario reminds me of a scene in “The Tempest,” where Ariel deceives the shipwrecked crew with a mirage-like banquet on a table before making the banquet vanish. It’s “a quaint device,” as the Folio’s stage directions term it; a trick. But the trick exposes how vulnerable we feel without something in common between us: a book, a stage, a table, a classroom, a sanctuary all provide what philosopher Ivan Illich called “tools for conviviality.” They sustain a focal point for practiced attention, where making of the highest human kind can take place.

Now the notion of place itself had been pulled out from under us, much less the table. When I revisited my evacuated classroom, its absence of life evoked Sonnet 73′s pained rumination about “Bare ruin’d choirs, where late the sweet birds sang.”

When we have no other option, we can make do with meeting online. From my experience, that’s meant very small groups of previously acquainted adults, during short, focused sessions with a shared goal, involving dedicated participants who are mature enough to stay engaged (and even that’s hard!). Like most technology tools, this functions tolerably enough for people who are already benefiting from those parameters. And, like most technology, it doesn’t do much to raise up the people who aren’t already benefiting from those parameters anyway.