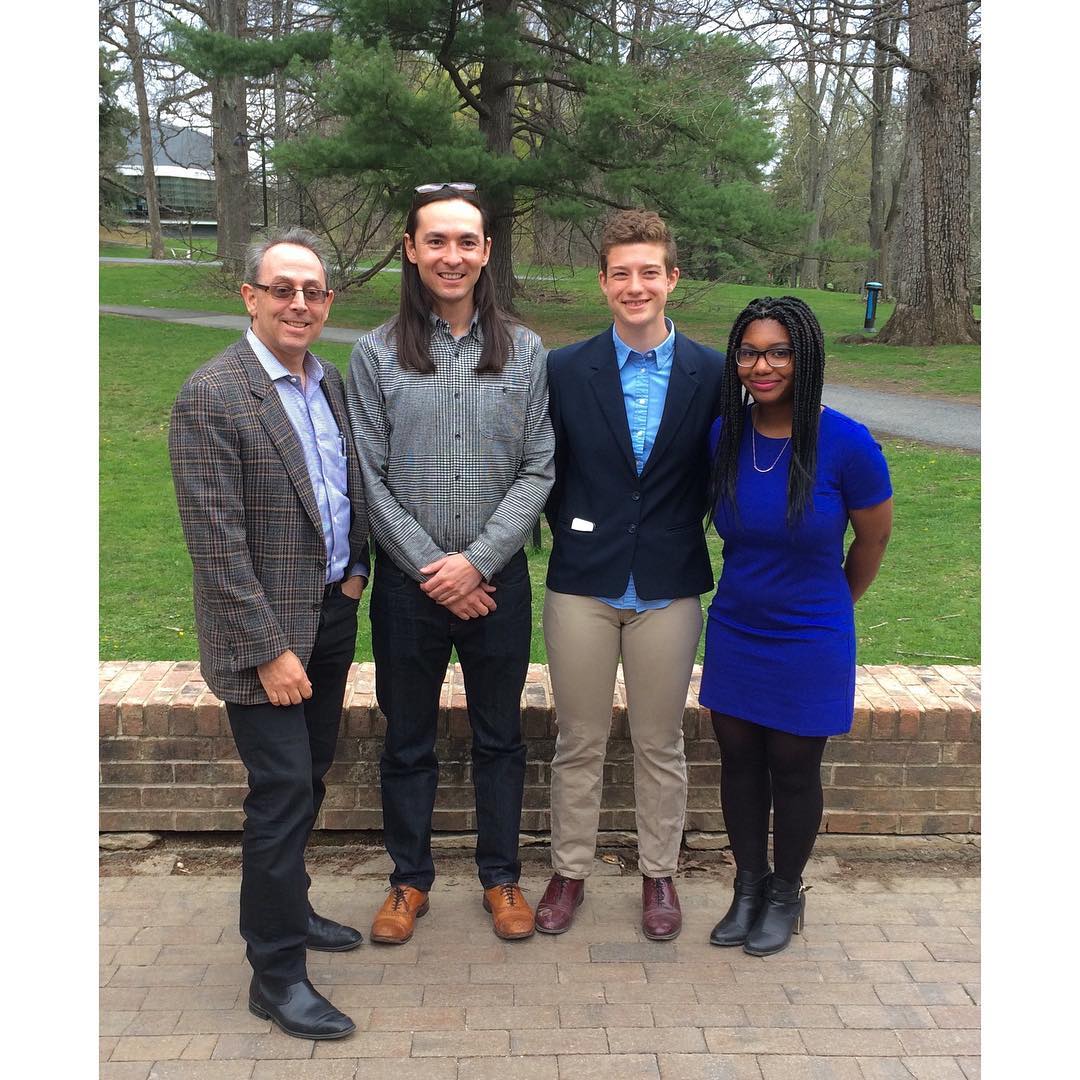 The Courage to Be: Danfung Dennis

On Monday, April 25th, the Hannah Arendt Center at Bard College welcomed filmmaker Danfung Dennis as keynote speaker for its third “Courage to Be” Dinner/Lecture of the Spring 2016 semester.

Written by 2016 Student Fellows Clara Gallagher and Milan Miller Danfung Dennis, an Academy Award nominated documentary filmmaker and well-published photojournalist, gave a lecture titled “Infusing Technology With Moral Courage to Fight for Human and Animal Rights.” Dennis opened his lecture with a brief overview of his Sundance Grand Jury Prize winning and Academy Award nominated film, Hell and Back Again, which takes the trope of the courageous heroics of a soldier on the war front, risking life and limb for his country, and exposes the true courage of that same figure as he returns home and proceeds to live in a place that refuses to acknowledge the lasting effects of these experiences. The courage here lies both within the soldier, in his struggles on the battlefield and the home front, and Dennis himself, as he risked his life in the same war zone as the soldier wielding nothing but a camera as his defense. Dennis is now moving to a different battlefield with “Condition One,” a Virtual Reality company, that both reflects and threatens to disrupt conventional filmmaking, by releasing films that will be exclusively available to those who use Dennis’ Oculus Rift headset. It is a courageous concept, one that questions the ethics of presenting a virtual world. Dennis believes “Virtual Reality has the power to give audiences a first-hand experience of the world’s suffering and injustices as well as the triumph and the beauty”. As a result, presenting a virtual world allows Dennis to replicate the truth of the landscape. If viewers can “feel” the power of gunfire overheard in a war zone and “stand” shoulder to shoulder with grieving soldiers in the aftermath, they will understand these traumatic events from the inside and not just another headline in the daily newspaper. 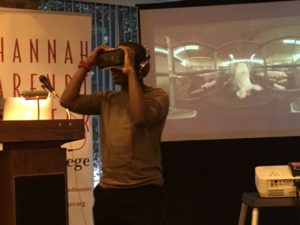 In her Denktagebuch, Book XXIV, No. 21, Hannah Arendt writes,

It can be dangerous to tell the truth: There will always be One against All, one person against all others. [This is so] not because One is terribly wise and All are terribly foolish, but because the process of thinking and researching, which finally yields truth, can only be accomplished by an individual person. In its singularity or duality, one human being seeks and finds – not the truth (Lessing) –, but some truth.

For Arendt, the truth is a solitary pursuit; it requires distance from the conformist opinions of society. The truthteller must stand apart, outside of society as what Arendt calls a conscious pariah. Only then can the truthteller look upon the world with the independence and freedom to say what is. Dennis finds the truth in images, which allow for us to see as he has seen, to bring truth into our view. We see this in Hell and Back Again, but especially in his work with VR, where he creates an immersive experience for the viewer provided they will submit themselves to wearing a VR headset. In this lecture, after giving a firm base of morality as spouted by famous thinkers from Plato to Einstein, he showed a VR video of a slaughterhouse with the processing of pigs. Upon viewing, we are left with questions spawned by this visceral imagery of Dennis’ truth. Infusing Technology with Moral Courage to Fight for Human and Animal Rights with Danfung Dennis from Hannah Arendt Center on Vimeo. Following his memorable speech and discussion, we had the pleasure of interviewing Dennis. You can view it here: Interview with 2016 Courage to Be Speaker Danfung Dennis from Hannah Arendt Center on Vimeo. To learn more about our "Courage to Be" program, click here.