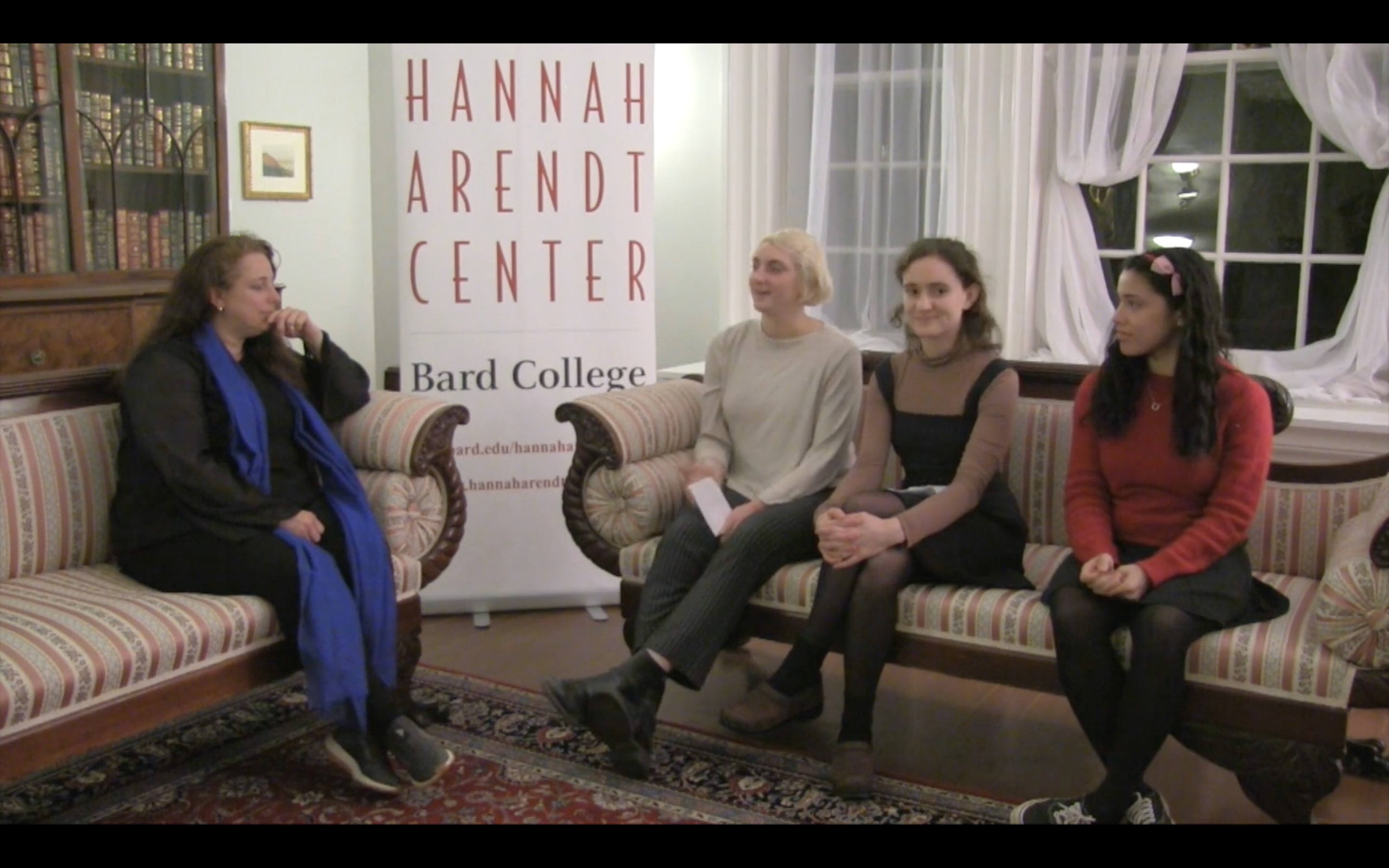 The Courage to Be: Tania Bruguera

On Tuesday, March 28th, the Hannah Arendt Center at Bard College welcomed artist and initiator Tania Bruguera as keynote speaker for its second “Courage to Be” Dinner and Lecture of the Spring 2017 semester. On Tuesday, March 28th, we were lucky to host Cuban artist Tania Bruguera in the second formal dinner of the “Courage to Be” Lecture Series. Bruguera brazenly opened the night by confessing that she herself is unsure of what courage is. She instead focused her talk on the role of people, although specifically artists, in engaging in politics. Rather than a prepared speech, Tania insisted on having a dialogue with the students and framed her talk around the prepared questions from the Courage to Be Fellows. This created an atmosphere where critical engagement was welcomed and even demanded, and students were eager to ask questions.
Throughout this dialogue, Bruguera emphasized the idea of feeling uncomfortable, and insisting upon subjecting oneself to difference in activism which she summed up in a quote: “feeling good isn’t enough.” For Tania, discomfort and even fear can be sources of creation. She explained her own perception that people were too obsessed with seeking comfort and “good feeling,” when this is the opposite reaction to what is necessary to harness and enact change. This kind of courage is what it takes to be uncomfortable and engage with ideas you don’t always agree with and to learn the language of those who hold power so that they will listen to you. As a political artist, she regards art as ethical action to preempt or incite friction instead of offering commentary on history or current events. Tania simply creates an opportunity or moment, and whatever happens as a result is an integral part of the artwork. To Bruguera, art is about the result that arises, which is exactly what gets her into trouble in Cuba.
Bruguera spoke perhaps most elegantly in her descriptions of her label as a political artist and the actions she takes in this role. In her work, Tania creates moments of “political friction” intending for others to seize the opportunity and the forum to speak. She spoke about these sort of “political gestures” as different forms of resistance and activism that can be done on large or small scales. These gestures, she explained, necessarily implicate the political since the world we inhabit is inherently political. Bruguera practices “artivism,” a practice and concept of of arte útil, or “useful art,” which employs art in developing new methods of addressing pressing social and political issues. When asked questions on ideas of political art versus non political art, Bruguera voiced that art is inherently political since the world we live in is inherently political -- and that her art in Cuba was immediately political as it operated in a totalitarian state. She spoke about the ways that art can act as protection, for the artist and the viewer, but that we must not let it protect us from the world and allow people to remove themselves from politics or those aforementioned uncomfortable situations.
Despite initially claiming not to know what courage is, it became clear during her talk that Bruguera does have some vision of courage. a visceral reaction against injustice prompting real, tangible solutions enacted on a community level. Taniamanifests this courage through her art, which centers around politically motivated performances that explore the relationship between art, activism, and social change.

To learn more about our "Courage to Be" program, click here.