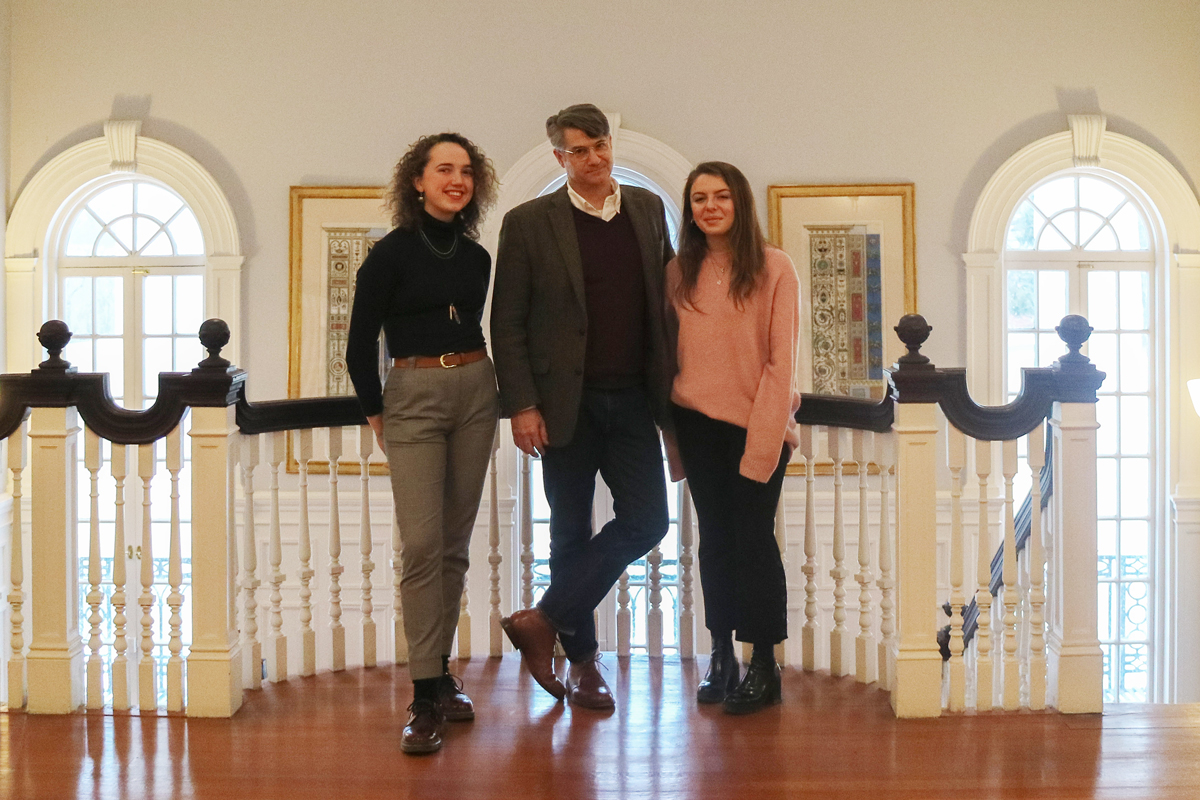 The Courage to Be: Whitney Dow

On Monday, March 12th, the Hannah Arendt Center at Bard College welcomed Whitney Dow as keynote speaker for its third “Courage to Be” Dinner/Lecture of the Spring 2018 semester.

On Monday, March 12th, we were lucky to host documentary filmmaker Whitney Dow in the third and final formal dinner of the “Courage to Be” Lecture Series. As Roger Berkowitz pointed out at the beginning of the talk, one of the most difficult discussions we can have is that regarding race, and that is just what the evening brought up. Dow drew on his experience as a filmmaker working on issues of identity to discuss courage. Dow began by emphasizing his reluctance to assume a role of ‘expert’, saying that his impetus in film making is asking questions, instead of imposing answers. His work is focusing on reflection and attempts to create awareness through questioning. He is interested in the intersection between an individual’s perception of their identity and the reality of the way their identity functions in the world. Sometimes, there is a real discontinuity between perception and reality, and Dow pointed out the difficulty of addressing and understanding this discontinuity. Dow stated that he had several moments in which he realized a real difference between his narrative about himself and the way he was appearing to others. He called these moments transformative, and mentioned several of them throughout his talk.

Dow began by discussing his transition from advertising to documentary filmmaking, which began with the film Two Towns of Jasper. He discusses the first moment of filming, in which he realized the gravity of the project; Dow, along with creative partner and co-director Marco Williams, were capturing the reaction of the town of Jasper in the aftermath of the horrendous murder of James Byrd Jr., a black man, by three white men. This film looks at the two different narratives about race in Jasper coming from the black and white community of the town. Dow played a clip from the film in which he interviewed a white man who felt “guilty” in the presence of another race. He explained that this interview made clear to him the biggest hurdle white people face in regards to understanding the racial barriers set in society; there is no awareness that white people, when discussing their race, only talk about themselves in comparison with the other race. Dow said this interview was the first time he had heard this notion, but knew that he could do something with such information.

Dow discussed another transformative moment that inspired his latest endeavor, The Whiteness Project. While being interviewed by elementary school children, Dow was asked about his ‘white identity’. His first impulse was to claim that he did not possess a white identity, yet upon reflection, he realized that this was not true. After the interview from the film and this question from the seventh grader, Dow said he knew what had to be done to bring awareness to his “community,” his demographic.

By engendering debate about the role of whiteness in American society and encouraging white Americans to become fully vested participants in the ongoing debate about the role of race in American society, Whiteness Project aims to inspire reflection and foster discussions that ultimately lead to improved communication around issues of race and identity. Dow is fostering moral courage by going beyond his own self, by recognizing these moments as transformative, and by attempting to bring these moments to those around him.

The question and answer portion of the evening was quite interesting, wherein many students asked Dow what he thought it meant to allow a platform for their own identification. Dow, however, stated that the challenge the Whiteness Project presents is not one of empowerment, but purely defining the self without using another race to do so. Dow explained that his main goal in the project was to give other people the same transformative realization that he had. He wants to engender awareness, not supremacy, not isolation.