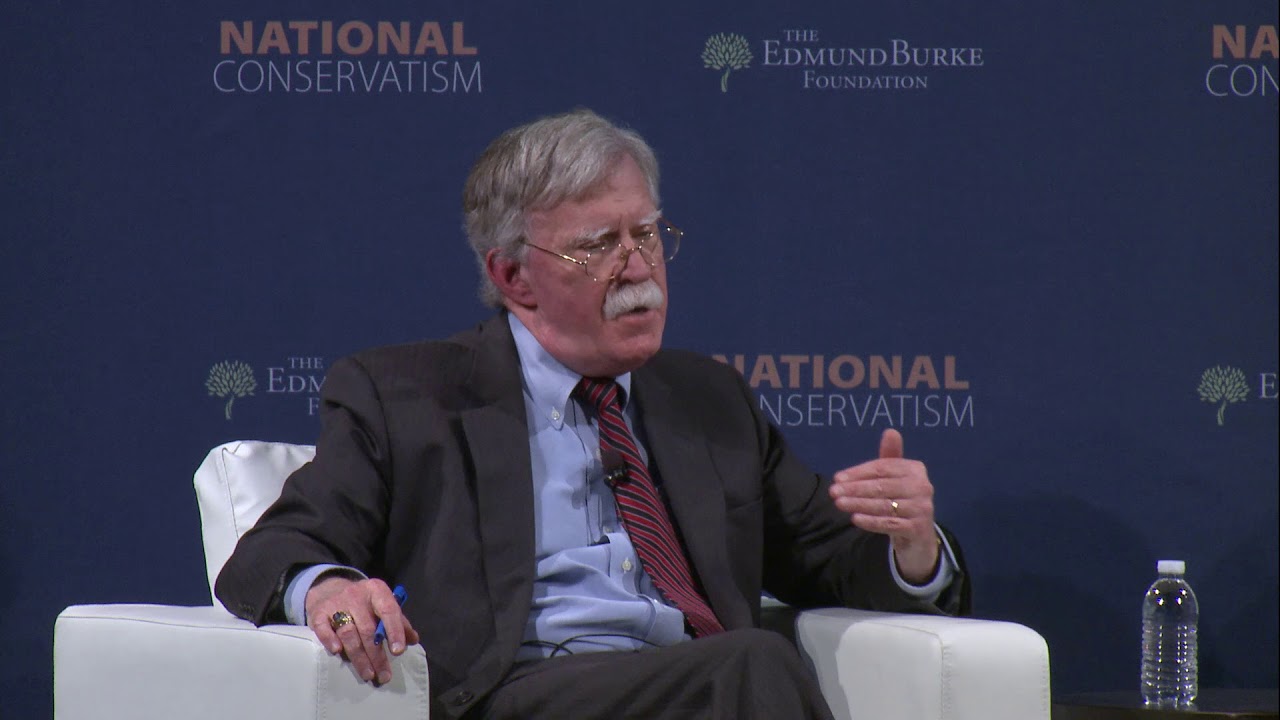 The Culture of Nationalism and the New Racism

By Roger Berkowitz
Earlier this month at the National Conservative Conference multiple speakers sought to promote a “new American and British nationalism.” There was an effort to describe a nationalism grounded in strong national borders, and the superiority of “Anglo-Protestant culture.” Also held up as the roots of American nationalism were constitutionalism, the common law, the English language, and Christian scripture. If nationalism is back, political conservatives have strong ideas about what such nationalism looks like. One speaker at the National Conservative Conference was University of Pennsylvania Law School Professor Amy Wax. As Isaac Chotiner writes,

[Wax] promoted the idea of “cultural-distance nationalism,” or the belief that “we are better off if our country is dominated numerically, demographically, politically, at least in fact if not formally, by people from the first world, from the West, than by people from countries that had failed to advance.” She went on, “Let us be candid. Europe and the first world, to which the United States belongs, remain mostly white, for now; and the third world, although mixed, contains a lot of non-white people. Embracing cultural distance, cultural-distance nationalism, means, in effect, taking the position that our country will be better off with more whites and fewer non-whites.

In an interview with Chotiner, Wax elaborates on her claim that the United States would be "better off with more whites and fewer non-whites":

You have to understand that I come to this whole question of immigration with an unanswered question in my mind, something I got interested in years ago, and I have tried to get people to answer it. And the question is: Why are successful, peaceful, orderly, prosperous, technologically advanced, democratically sound countries so rare and so few, and why do they clump up in one tiny corner of the globe, namely Europe, the Anglosphere? We also have Japan, which is a wonder, I think, in many ways, a very admirable country. Perhaps Taiwan. And why is the rest of the world essentially consisting of, in various degrees, failed states? Why do we have a post-Enlightenment portion of the world and a pre-Enlightenment portion of the world? And I guess, to be really crude about it, you would use Trump’s succinct phrase: Why are there so many shithole countries? Of course the moment you say that, people just get outraged: Oh, my God, you are a racist for saying that. And that, of course, lets them off the hook; they don’t have to answer the question, which is convenient.

Wax's answer to her rhetorical question, which she reveals to probing questions, is that some countries are democratic and advanced because of their cultures, while other countries are backwards and "shitholes" because of their cultures. White is clearly a marker for her, but not determinate. She wants to resist a biological understanding of culture and thus argues that her thesis is not racially grounded and is not racist. She includes Japan and Taiwan,  albeit with seeming surprise. Instead of race, she speaks of culture.

But what is this "culture"? Wax writes:

In suggesting that culture doesn't drop from the sky, Wax claims, without saying it, that it is about how people in a particular place think and act. She resists the word "innate," but she does say that certain countries, for example in Malaysia, the truth is not welcome, as a matter of culture. Her evidence is that the investigation into the disappearance of the Malaysian airline was done poorly, a "total sham." But as Chotiner points out, there is a difference between saying that the government of a state is corrupt and hides its mistakes (something more than a few European governments have done) and saying that an entire people is part of a culture that corrupt. Wax and others are trying desperately to speak about whole countries and whole peoples without using race; but the retreat to culture to impugn persons who are born in a certain place bleeds too easily into something like racism: the belief that people are inferior or superior simply because of their biological or cultural heritage.

Reacting to Wax’s speech, Lewis Hyde, writing in the NY Times, makes a similar critique of Professor Wax’s turn to culture. Hyde begins with Ernst Renan’s definition of the nation, “that its citizens have many things “in common.” Hyde asks, given that basic commonality of a nation, what might unite a nation like the United States. And his answer is what many liberal nationalists might call constitutional nationalism or civic nationalism: “meaning, to my mind, the kind of nondivisive secular ideals found in the United States Constitution such as universal suffrage, due process of law and a guarantee that the government will pass no legislation “respecting an establishment of religion.” But Hyde is clear about the nationalism found in Wax’s speech:

Can there be a new nationalism that squares with such ideals? Maybe, but the National Conservatism Conference, organized by the Edmund Burke Foundation, showed how difficult it can be.

The organizers of that meeting set out to “reconsolidate the rich tradition of national conservative thought,” at the same time insisting that their project stood “in stark opposition to political theories grounded in race,” an opposition articulated in part by appealing to a supposedly more benign political theory grounded in “culture.”

When they got into details, however, it was hard to separate that ground from race and religion. “Culture,” one speaker declared, always emerges from a specific time and place, his example being the famous sermon imaging the Massachusetts Bay Colony as a “city on a hill,” an inspirational text rooted in “a particular soil” and “a particular way of thinking.” The home soil would be England, of course, and the way of thinking the Puritan strain of the radically anti-Catholic Church of England — a culture, in short, markedly European, white and Protestant.

Other examples offered at the conference could never quite escape the disconnect between ideals and their details, the most egregious and off-script example coming from a speaker calling for an immigration policy that would take “cultural compatibility” into account, shamelessly adding that this would effectively mean “taking the position that our country will be better off with more whites and fewer nonwhites.”

The new nationalism seems to be driven by a hunger for identity, for a solid sense of one’s presence in the world, joined to a style of self-knowing that operates by opposition: I’m British, not French; I’m American, not Mexican; I’m Christian, not Muslim; I’m white, not black. Given that point of departure, nationalism becomes a shorthand for the memory of all such oppositions.

What Hyde calls the “hunger for identity” is too often easily called racism by critics on the left. In his interview with Wax, Chotiner raises the question of Wax’s racism, and Wax responds negatively. She asserts that the word racism is used today to undermine meaningful debate about the kind of country we want to live in. For Wax, it is not racist to say that we want to live in a country with Anglo-Euruopean values. Just as Renan argues that the nation is defined by some things that citizens have in common, Wax argues that some “so-called “common ethnicity” holds the citizens of a nation together. For Wax, this common ethnicity is not racial but cultural; in her words,  it is “descending from certain ancestors going back.” While she rejects biological ideas of culture, she writes:

“I would say our country’s culture is best preserved if most of the people in our country are of European origins, because those are the people that created our system, but that certainly doesn’t exclude bringing in other people.”

In short, Wax argues that there are distinct and different cultures around the world. Each culture has the right to exist, to protect itself, and to preserve itself. Immigrants can come in to her idea of America, but only in small enough numbers that the immigrants will assimilate to the dominant European culture. For Wax, the main point of her argument is not the exclusion of certain races, but the preservation of her idea of a uniquely European American culture.

And here is the crux of the new racism that makes it so powerful a force in the world today. The new racism speaks the language of liberal respect for a plurality of cultures. Wax positions herself  as someone who celebrates cultural difference:

I’m Jewish. Why are Jews so Jewy? How did that happen? Why do French women, at least until recently, look so French? I mean, what is going on? I have a friend who’s Dutch, a Dutch artist, and he’s very well off, and, every morning, he gets up and cleans the front window of his house. It sparkles. I said, “Why are you doing that?” He said, “Because I’m Dutch.” So people do differ, there are these differences, and we just take them for granted. We don’t really interrogate them and examine them, we don’t look closely at their origins, once again, because a lot of it isn’t big-think stuff; it’s the little stuff that goes on in the family or civil society. How is the persona of each nationality preserved? That’s the question that has fascinated me for a very long time.

Here Wax’s argument for the right to preserve the uniqueness of each particular culture—an argument taken from liberal anthropological insights of the 20th century that seek to respect and preserve endangered cultures around the world—meets up with the language of the Great Replacement, as it is expressed by Renaud Camus and the gunman who killed 22 people in Walmart in El Paso, Texas. What Wax, Renaud, and the El Paso killer all believe is that every culture has a right to preserve itself. This includes white European culture. It includes French culture. And it includes what Wax, in a highly limited and unimaginative way, understands to be an American culture that is fundamentally protestant, European, and white.

Étienne Balibar calls this turn to cultural as opposed to racial superiority the “new racism.” The new racism is new and is not like racisms of the past. And if one wants to challenge and resist the new racism, simply labeling its proponents  racist will not work. When people like Chotiner label Wax a racist, she laughs it off secure in her knowledge that she has nothing against people of particular races. And here she is correct. Wax is open to people from the Shithole countries. She has nothing against them. She is fully willing to let them stay and live in their own countries. She is even willing to let them immigrate to America in numbers small enough that guarantee  that they will acculturate to American values, as Wax understands those values.

The challenge posed by the new racists is that they have embraced the language of diversity. Their view is not that one culture is necessarily superior in some absolute or objective sense, but that every culture has a right to exist and thrive, including  French and American cultures. The cultural-distance nationalism Wax advocates is about the right of America to exist as a unique culture. The way to fight such racism is not to deny that; it is, instead, to join the war over what American culture is.