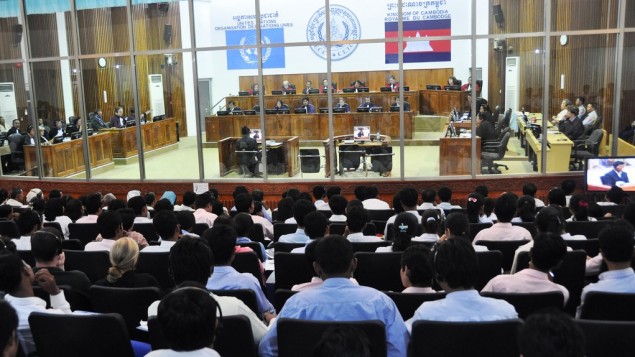 The Demand for “Beginning” in the Face of the Unprecedented

“It is in the very nature of things human that every act that has once made its appearance and has been recorded in the history of mankind stays with mankind as a potentiality long after its actuality has become a thing of the past. No punishment has ever possessed enough power of deterrence to prevent the commission of crimes. On the contrary, whatever the punishment, once a specific crime has appeared for the first time, its reappearance is more likely than its initial emergence could ever have been."

Following the trial and execution of Adolf Eichmann, Arendt was troubled by the Israeli court’s misapprehension of the catastrophe—she did not use the terms “Shoah” or “Holocaust”—that had befallen the Jewish people in the Third Reich. Like many Jews in Israel and elsewhere, the prosecution and judges in Jerusalem had believed that the genocide was a direct outgrowth not simply of Nazi anti-Semitism but of the entire history of Jew-hatred and Jewish persecution. The court had therefore failed to grasp, Arendt argued, that the genocide was a new and unprecedented crime, a crime that assaulted “the human status” and “human diversity as such.”

Because the Nazi project of bureaucratized killing had been perpetrated against the Jewish people, Arendt did not dismiss the notion of a Jewish court conducting the trial against Eichmann. But she did question whether such a court could adequately pass sentence against him for the true nature of his crimes against humanity: to her mind, any judgment rendered by a merely national tribunal would trivialize the deeds in which Eichmann had actively, if thoughtlessly, participated—deeds that violated the order of humanity. This assessment ultimately led Arendt to call for the creation of an international criminal court and the development of international criminal law. Only a new and encompassing legal institution could do justice to the “crime against humanity” that the Nazi genocide had actually constituted. Moreover, only a new and encompassing legal institution would offer at least some protection against the potentiality of genocide in the future. Arendt had no doubt that “administrative massacres”—and not only against the Jewish people—could unfold in the years to come. Indeed, the combination of technological advancement and global population growth made their continued perpetration not simply possible but disturbingly likely. For this reason, she insisted on the creation of international legal standards that, at the time she wrote Eichmann in Jerusalem, did not exist. In her view, judges needed to think beyond established legal precedent in order to deal with the unprecedented, precisely because “the unprecedented, once it has appeared, may become precedent for the future.” Arendt’s position did not require the wholesale rejection of existing law. But it did insist that “every custom has its origin in some single act,” and it called on members of the judiciary to break new ground in the face of changing historical conditions. In her words: “it has become the task of ordinary trial judges to render justice without the help of, or beyond the limitation set upon them through, positive, posited laws.”

The passage of time has demonstrated Arendt’s prescience. The last several decades have been marked by numerous outbursts of genocidal violence, but they have also witnessed the gradual (if uneven) ascendance of the International Criminal Court and a body of enforceable international law specifically focused on crimes against humanity. Yet Arendt’s words should also speak to us in the U.S. more specifically—and in matters that do not directly pertain to genocide. In an era where “judicial activism” is a term of condemnation, her thinking points to the need for American courts to embrace “beginning,” the human capacity for contingency and innovation, as an element and principle of their practice. Such innovation is particularly necessary because the American judiciary’s adherence to established law and legal precedent—particularly in the realm of “mandatory minimum” sentences for drug offenses—has resulted in the mass incarceration of human beings on an unprecedented scale. The size and reach of the U.S. corrections system, while not equivalent with genocide, is a moral scandal in its own right. And it has been driven in no small part by the premise that judicial decisions and sentences should deter the commission of crime—either by discouraging citizens from engaging in criminal acts or by confining the convicted so that they are not in a position to commit further offenses. Arendt would have regarded such a notion as misguided: the point of a criminal proceeding is to determine what a person did or did not do and, in the event that a crime was committed, to mete out a punishment that does justice to that particular instance. She would have disputed any effort to move beyond these narrow objectives.

Arendt always highlighted the vital importance of willed, courageous, independent judgment, and that faculty must be brought to bear on the legal process of judging itself. We cannot hope to erase abhorrent acts from the past or stamp them out in the present. But we can endeavor to comprehend them fully, and respond to them thoughtfully, when—not if—they occur in the future.