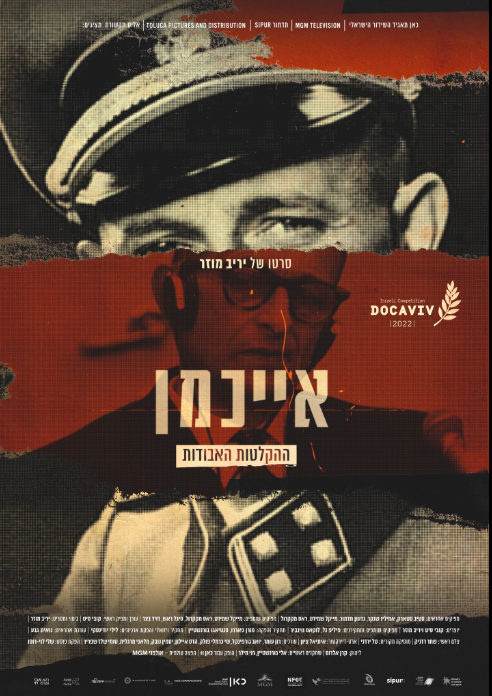 The Eichmann Tapes are Discovered (Again)

Few books have defined an entire world-historical event as Hannah Arendt’s Eichmann in Jerusalem: A Report on the Banality of Evil. Not only has Arendt’s book dominated the reception of Adolf Eichmann and his trial, but also her account of the banality of evil has become a cultural, moral, and legal touchstone, an insight perennially invoked (rightly or wrongly) to explain how and why everyday people engage in genocidal and other evil acts.

Eichmann in Jerusalem was controversial from its initial publication in 1963. It angered many  because Arendt considers, not the guilt of Jewish leaders, but their tragic complicity in deportations and the administration of the camps. Some, like Deborah Lipstadt, have argued that Arendt focused too much on Eichmann and not enough on the Jewish victims. And many have recoiled at Arendt’s claim that “Eichmann was not Iago and not Macbeth, and nothing would have been farther from his mind than to determine with Richard III ‘to prove a villain.’”

For over 50 years critics have argued that even if Arendt got something right in her account of modern evil, she was wrong in her factual claim that Eichmann himself was a thoughtless and banal evildoer. Every year some “new” evidence emerges that is said to prove Arendt wrong in what she claims was her simple factual claim that Eichmann was neither stupid nor radically evil, but banal. Over ten years ago Bettina Stangneth renewed this argument in her book Eichmann Before Jerusalem, in which she argued that evidence Arendt could not have known about showed Arendt was fooled by Eichmann’s performance in Jerusalem. The evidence Stangneth offered were the tapes of Eichmann’s interviews in Argentina with the Dutch Nazi Willem Sassen.

Now Yariv Mozer, an Israeli filmmaker, has created and directed a new documentary series The Devils Confession: The Lost Eichmann Tapes that played recently in Israel. Transcripts of the tapes have existed since before the Eichmann trial, and Arendt read many of them. But the actual tapes had long been lost until Stangneth tracked them down. Mozer uses excerpts from these tapes to argue that Eichmann was in fact an ideological Nazi and was hardly banal. He echoes Stangneth’s argument that Eichmann offered his true opinions in conversations with Sassen in Argentina and dissembled during his interrogation and trial in Israel. And there is no doubt upon watching these tapes that Eichmann had become a virulent antisemite, someone who internalized the Nazi ideology and the need to wipe out the Jews.

Critics have accused Arendt of downplaying Eichmann’s evil to fit her so-called theory of the banality of evil. This is a strange critique. First, Arendt always insisted that she had no theory of the banality of evil; instead, she argued that looking at Eichmann and hearing him speak at the trial, reading and listening to his words, watching his demeanor, simply showed him to be banal. To be thoughtless. For her his banality was a settled fact.

Second, Arendt fully believed in Eichmann’s extreme guilt–she offers her own judgment of him and insists that he be hanged because he was not fit to share the world with others. Arendt never downplays Eichmann’s evil; she characterizes his evil as banal and not radical. Finally, it is difficult to prove, one way or another, whether Eichmann was or was not banal.

More important than the factual question of Eichmann’s banality is what Arendt meant by banality itself, a question that too frequently gets lost in the controversy over her factual claim. Arendt saw in Eichmann someone who spoke in cliches and hid behind bureaucratic roles and language. Above all, she sees someone who was a joiner—he needed to belong to organizations and movements. In her telling, he did not set out when he joined the Nazi Party in the early 1930s to become a mass murdered. He was looking for a job and also for meaning and purpose in the world. In her account, he was adrift and lonely and found in the Nazi movement an ideological certainty that elevated his sense of importance and made his life significant. Caught up in the whirlwind of the Nazi movement, war, and genocide, Eichmann gradually morphed from a eager Party member and bureaucrat to an eager mass murderer. In Arendt’s telling, Eichmann embraced Nazi ideology not because he was radically evil and possessed of hatred and bile; rather, he became a fanatic Nazi ideologue because he needed and craved a coherent ideology to order his life and give him a purpose. The Nazis just happened to be the group that offered Eichmann an ideology and he embraced it. (you can read more about what Arendt means by the banality of evil here.)

When Arendt calls Eichmann thoughtless and banal, she means that the decisive “flaw in Eichmann’s character was his almost total inability ever to look at anything from the other fellow’s point of view.” Eichmann was not stupid. He in fact was quite skilled at working within the Nazi administrative hierarchy to enlist resources, develop creative solutions, and convince superiors to aid him in his assigned tasks. His banality was not stupidity. But it does have an element of what Arendt calls “Dumbness.” Here is how she explains Eichmann’s banality and thoughtlessness to the journalist Joachim Fest:

“During the war Ernst Jünger comes across some German peasants and the peasant had just seen Russian prisoners coming out of the camps, of course completely starved, and the peasant says to Jünger: “Ja, one can see clearly that these are sub-humans—like cattle: They eat the pigs’ food.” You see, this story has an outrageous dumbness. The man does not see that that is what people do who have been starved, isn’t that true, and everyone does it. This dumbness has something really revolting. Eichmann was very intelligent, but he had this dumbness. And that is what I actually meant by banality. There is no depth -- this is not demonic! This is simply an unwillingness to even imagine what is actually up with another—is not it?”
(I recently discussed Arendt’s interview with Fest and her account of the banality of evil in the Arendt Center’s Virtual Reading Group. You can watch this discussion here.)

Eichmann’s failure to think was a failure of imagination, a failure to see humanity in others, and a failure to see outside his own blinkered worldview. His thoughtlessness made Eichmann blind to the basic human fact of plurality. That is why Arendt’s final judgment of Eichmann is that he must be hanged and expelled from the earth.

There is nothing in Arendt’s account that denies that Eichmann was a convinced Nazi by the end of the war or that he wasn’t an anstisemite. Some critics, like the filmmaker Ada Ushpiz, go so far as to say that Arendt claimed that Arendt didn’t believe that Eichmann was an antisemite. This is simply false and Ushpiz’s decision to falsely and deceptively place these words in Arendt’s mouth in a documentary about Arendt is both irresponsible and has caused many to believe that Arendt said such a thing. I’ve written about Ushpiz’s mistake here. Arendt does assume that Eichmann is an antisemite, or at least that he has become one by the time of the trial. That said, it is very possible that had she seen the Sassen interviews she might have emphasized his antisemitism more. The fact remains, however, that Arendt read most of the most controversial and antisemitic claims in Eichmann's interview and even then still believed that Eichmann's evil was not primariliy driven by his ideological or antisemitic commitments.

I haven’t seen the new series by Mozer which will come to the US market later this year but I look forward to watching it. For now, you can listen to a podcast with Mozer and Stangneth speaking with Meghna Chakrabarti here.