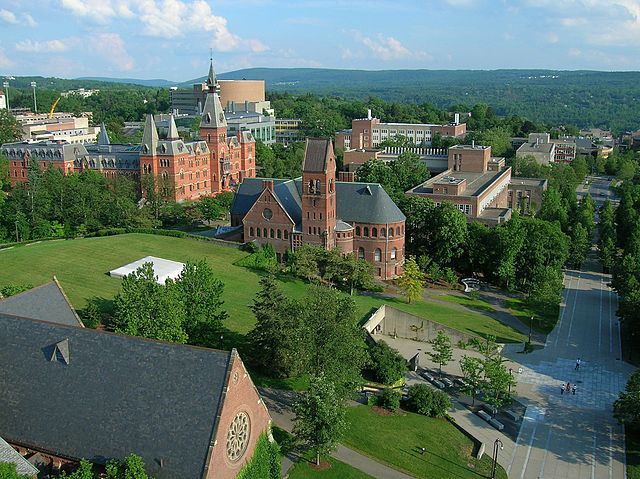 Laura Ford writes that we may be witnessing a major epochal shift in which after nearly 300 years of supremacy, liberalism and the “gestalt of liberal compromise”  is being supplanted as the dominant philosophy of the age. The shattering of the liberal consensus is above all visible on college campuses in the United States where it is being challenged by social identity movements that Ford argues are analogous to pre-Christian forms of religiosity.  Ford writes:

The owl of Minerva flies at night, as Hegel famously said. We are best capable of recognizing social and political gestalts in retrospect, as they are being challenged in ways that seem to indicate their demise. To some of us, the gestalt of liberal compromise, which, until very recently reigned, albeit tenuously, on academic campuses and in the broader U.S. political discourse, seems mortally wounded. We should consider the possibility that it cannot, and will not, survive.

What might an ending to the liberal gestalt – the ending of this institutionalized “form” of social and political life – mean for the future of law, legal education, and legal practice? What does it mean for the broader law-related disciplines, such as “law and society,” which are taught at the undergraduate level? And what does it mean for the relationships between law and religion?
In this essay, I explore the possibility, proposed by others, that the collapse of our liberal gestalt on academic campuses has been precipitated by dramatic enhancement in the social power of critical social justice movements connected with social identity categories, particularly race and gender, movements that I will join Joseph Bottum and John McWhorter in recognizing as a new (or revamped) “social gospel.” However, since I want to highlight similarities to pre-Christian forms of religiosity, together with a marked absence of anything remotely resembling the Christian Gospel, I will use the term pietyinstead, referring to Social Identity Piety. The colloquially critical way of talking about these movements (“wokeness”) evokes an analogy to Protestant Christian revivalism, and many commentators have pointed to ways in which the Social Identity Piety movements appear religious.

I agree that Social Identity Piety has religious dimensions, but I also think there are good reasons to be cautious about applying the label of religion. I will instead make a case for piety, briefly exploring the ways in which the complex First Amendment balance between non-establishment and free exercise might help us to navigate these treacherous waters.