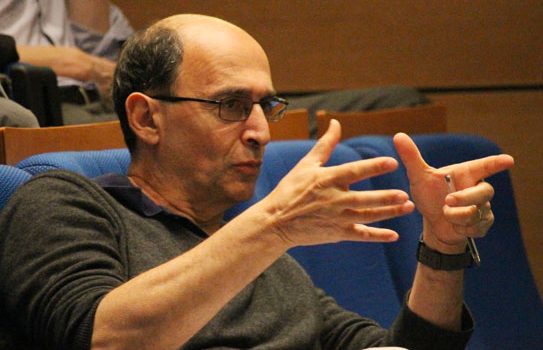 The Faculty Against the Administrators

The Faculty Against the Administrators
Roger Berkowitz

The case involves a Princeton professor Joshua Katz who wrote a letter criticizing demands made by students and faculty at Princeton calling for action on racism and discrimination at Princeton. Katz made important critiques but also took aim at certain student groups he thought were intimidating others. The reaction from Princeton was swift and harsh. While Katz was not disciplined for his criticism, he was subjected to a sustained campaign against him by faculty, students, and administrators; it included administratively supported websites that falsely quoted his letter, called him a racist, and instructed students to shun him. After complaints by faculty, the administration refused to intervene on Katz’s behalf, arguing that free speech meant that Katz could be freely criticized. While the administration at Princeton admitted the attacks on Katz contained errors and exaggerations, they refused to defend him. They argued, not without some reason, that free speech means allowing professors to be criticized.

For Klainerman and those defending Katz, the issue is not free speech so much as academic freedom. In their view, for the university to support attacks on a professor because their academic opinions are unpopular is to violate the university’s obligation to protect the right and obligation of faculty to speak their minds. This is not simply a formal right to be protected against termination, but is a fundamental ideal of a university as a space for free and vigorous thought. In their view, by not only allowing but also by encouraging personal and false attacks against a Princeton Professor, the administration abrogated its duty to nurture an intellectual space for debate and disagreement.

A group of Princeton professors appealed the administration’s refusal to act on Professor Katz’ behalf to Princeton’s Committee on Conference and Faculty Appeal, whose members are nine professors elected by the entire Princeton faculty. According to Klainerman, this faculty committee held that the administration’s dismissal of the complaint against them was contrary to University policy and the treatment of Professor Katz should be investigated. For Klainerman, this “bombshell ruling” is an “unprecedented reubke to Princeton’s administration.” I cannot access the Committee’s letter. I’ll say this is a complicated case to assess from the outside. Klainerman writes:

The stage is now set for a serious confrontation between the president and his faculty on the meaning and application of free speech and academic freedom. The stakes are high and go well beyond the Katz case. It is no secret that ever-growing fleets of administrative bureaucrats—many operating in the name of “diversity, equity, and inclusion” but in fact promoting conformity, inequality, and exclusion—have taken over America’s educational institutions. The only contribution of the “diversicrats,” as they are colloquially known, is to muzzle faculty and infantilize students. Their overreach undermines the fundamental purposes of universities—truth-seeking scholarship and nonindoctrinating teaching.
Unfortunately, strong pushback from faculty, as in the case of Princeton, is startlingly rare. Why? Because most professors are too afraid to dissent, even mildly, from any given orthodoxy, fearing the wrath of the bullying bureaucrats who will use the university’s resources to destroy their reputations and end their careers. Not even tenure can prevent a determined administration from getting rid of faculty members it disapproves of—either by making their lives miserable until they resign or by unearthing some past perceived violation it can use to revoke their contract….
At Princeton, the bureaucrats—unrestrained and in some cases even abetted by the senior leadership of the university—have created an increasingly hostile environment for freedom of thought and expression. In their zeal to promote a particular ideology—today it’s “anti-racism” and “gender fluidity,” though tomorrow it could be something else entirely—they are turning universities into dangerous spaces for those who value fact-based debate and reasoned argument.