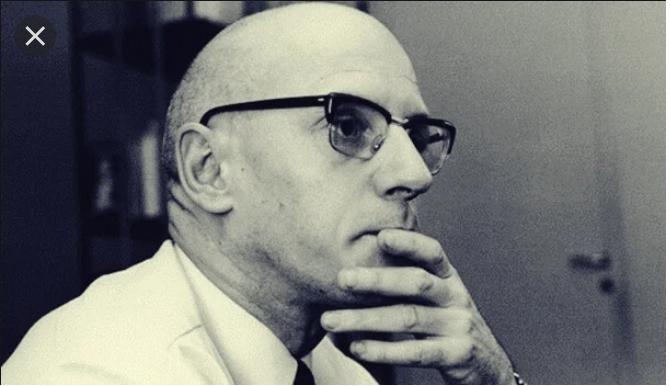 Foucault was the most influential critical thinker and philosopher when I was in college in the 1980s. In the 1990s at Berkeley, the ghost of Foucalt loomed large at the cafes he was rumored to have frequented in the 1960s. For nearly half a century, Foucault’s thinking has been at the forefront of academic life in the humanities and social sciences. But that may be changing. As Geoff Shullenberger argues, Foucault’s suspicion of the power-knowledge nexus and his worry about the power of cultural and governmental determinations of knowledge is now at odds with the dominant leftist and liberal embrace of expertise.

Even a perfunctory reading of Foucault should raise questions about the current veneration of scientific expertise and related de­mands to subordinate politics to science. Indeed, there could hardly be an outlook more opposed to Foucault’s mode of analysis than a politics premised on “believing in science.” From a Foucauldian perspective, such a fetishization of scientific knowledge entails a blindness to its inextricability from power. In his famous 1971 debate with Noam Chomsky, Foucault asserted that “[t]he real political task in a society such as ours is to criticize the working of institutions which appear to be both neutral and independent.” In other words, the same qualities that the average professional-class liberal today views as the virtues of scientific institutions are what Foucault claimed should lead us to be skeptical.

From the standpoint offered by his work, deferring to “science” for political decisions does not merely imply putting the best-informed individuals in charge. On the contrary, it means drastically reconfiguring the exercise of power. During the pandemic, the delega­tion of decisions to public health experts has entailed a dramatic expansion of state authority and abrogation of basic rights, most notably freedom of speech and assembly. A range of needs and values that might contravene the prevention of infection were sidelined at the behest of unelected health officials. None of this is to say there is no reasonable argument for such an approach. The problem is that this mode of politics is an attempt to circumvent reasoned argument altogether.

It was for this reason that Foucault saw a fundamental tension between the principles of democratic deliberation and the modern public health bureaucracy. This conflict becomes visible when the determinations of medical and scientific experts are presented as transcending politics, as has occurred in the past year. For the average citizen, the opaqueness of the relevant calculations, along with the identification of extraordinary risks, essentially forestalls the possibility of debate. Questioning the determinations of health experts is treated not as participation in a democratic decision-making process, but as tan­tamount to “literal murder.” This logic, as we have seen, can also provide a rationale for restrictions in other realms. Thus, vesting authority in ostensibly neutral institutions can enable a massive covert expansion of unaccountable power.

The irony of Foucault’s current status, therefore, is that the implications of his work are at odds with many of the views of the degree-holding professional class among whom his influence is puta­tively the strongest. Conversely, despite the widespread derision of Foucault that has long prevailed on the right, his skeptical perspective on the politics of expertise resonates with the attacks on liberal-dominated expert institutions and the propagandistic weaponization of “science” lately heard in conservative precincts. This unacknowledged realignment is newly evident in the Covid era. But even before last year, the peculiarities of Foucault’s U.S. reception obscured certain valences of his work that might have troubled many of his erstwhile admirers.