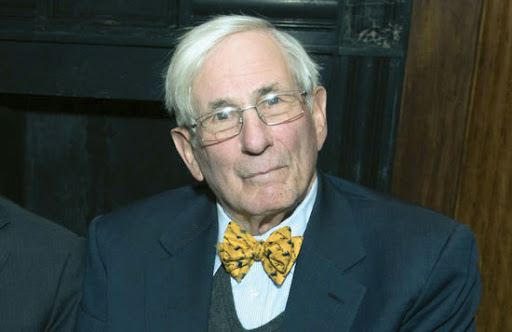 The Gift of Community

Philanthropy increasingly has a bad name in some circles these days. And there are real worries about the retreat of government being replaced by wealthy donors who then have an outsized impact on our public world. But it is also important to recall Aristotle’s insight that a political community depends upon virtues, including what he calls the virtue of liberality. It is meaningful, Aristotle writes, when wealthy citizens build shrines to the graces in public places to remind the people of the importance of goodness and kindness. The act of gift giving itself is a political act that nurtures a community. Indeed, our word “community” derives from the Latin munis meaning a gift.

One of the great philanthropic gift-givers of our time died this week. Richard Gilder was, among his many major accomplishments, a brilliant intellectual and a friend of the Hannah Arendt Center. Dick fundamentally believed in education, the importance of the humanities, and living courageously. His support for the Arendt Center’s Courage To Be Seminars and Lecture Series has been instrumental in building the Arendt Center’s public programming at Bard. We will miss Dick Gilder and send our best wishes to his family and friends.

Mr. Gilder, a conservative, pro-growth Republican, formed an unlikely partnership in 1974 with George Soros, the liberal philanthropist, to rehabilitate Central Park, laying the foundation for what became the Central Park Conservancy in 1980.

Embraced by New York City’s parks commissioner at the time, Gordon J. Davis, the conservancy, a public-private partnership, restored Central Park, transforming it from a dust bowl that had been doomed by deferred maintenance during the city’s fiscal crisis of the 1970s to the 840-acre people’s oasis that was envisioned when it opened in the 19th century.  “No Dick Gilder, no reborn and restored Central Park,” Mr. Davis said in an email.

In 1993, Mr. Gilder, who had played in the park as a child and ran there daily as an adult, pledged $17 million if the conservancy and the city matched his commitment. It was the largest private gift to a public park at the time.

He began his history restoration project in the late 1980s, teaming up with Lewis E. Lehrman, who had left academia to run Rite-Aid, his family’s drugstore chain, and had run for governor in 1982 as the Republican-Conservative candidate, barely losing to Mario M. Cuomo. They amassed a collection that would eventually consist of 70,000 original documents, letters, pamphlets, diaries and other primary sources that illuminate American history.

They then deposited them in a specially built $1 million vault in the basement of the New-York Historical Society in Manhattan to exhibit and share with scholars and educators.

They incorporated the collection into the Gilder Lehrman Institute of American History, which they established in 1994 to promote research, teacher training, exhibitions and classroom curriculums and endow prizes to encourage research in the names of Lincoln, Washington and Frederick Douglass.