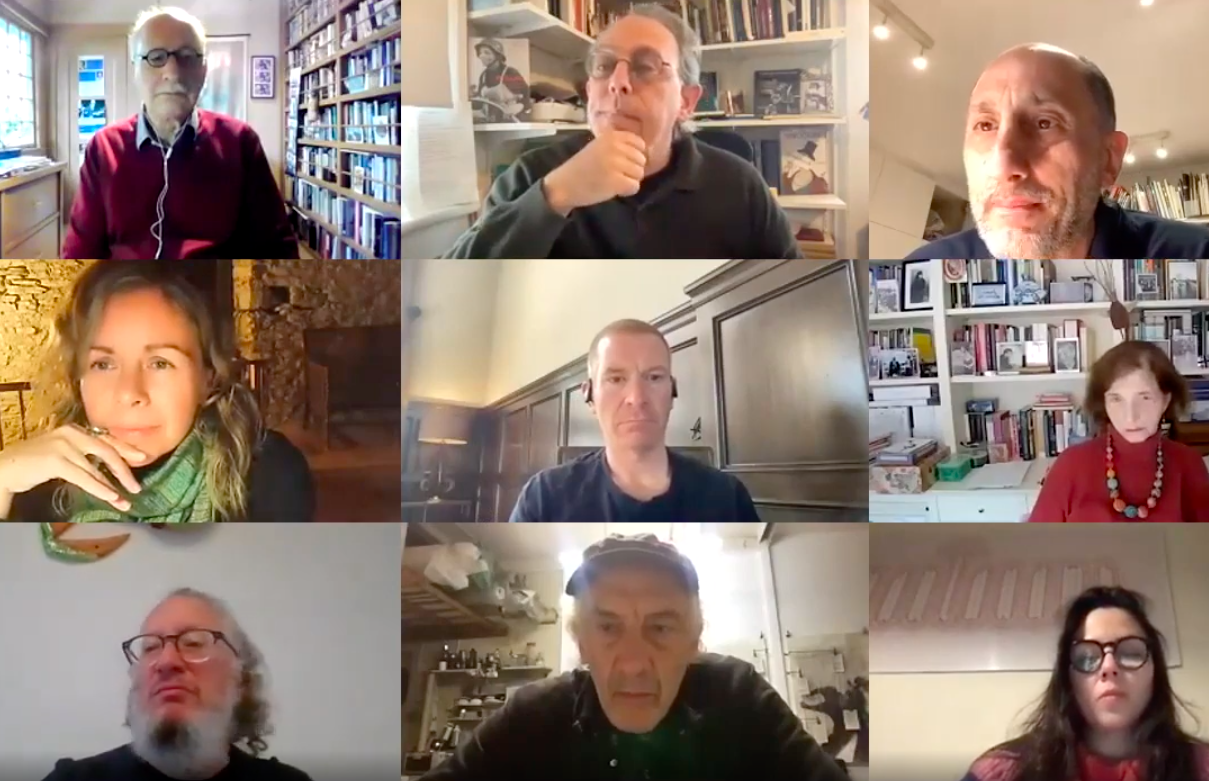 The HAC Dialogue Project:
Exercising Plurality and Good Will

Who could have predicted in 2014 that when Roger Berkowitz, Founder and Director of the Hannah Arendt Center for Politics and Humanities at Bard College (HAC), and Christine Gonzalez Stanton HAC Managing Director, launched the Virtual Reading Group (VRG), that in 2021 in the midst of a pandemic, it would become a centerpiece in the lives of Arendt readers around the world? Or, further, that lifelong intellectual connections and friendships would be forged through HAC’s efforts to bring people together to understand Arendt’s work and to think about the most pressing issues in our political world.

As one participant in both VRG and its recent offshoot, The Dialogue Groups, expressed, “these personal connections are an extraordinary outcome tied to the HAC work…I’ve celebrated birthdays, offered condolences on losses… and ‘met-up’ … [with people met through HAC] just to break bread, virtually, and to expand our own friendship and thinking circles.” The VRG has sparked spin-off groups exploring Jaspers, Kant and Fanon.

The original idea for VRG—conceived well before the zoom boom—was simple: meet once a month online for a live discussion about an excerpt, essay, or chapter by Hannah Arendt. The first topic was the Prologue to The Human Condition. Participants numbered from 15-20 each session, drawn from HAC members, Arendt scholars and the Bard community.

Now in its ninth year, the VRG has grown to a steady attendance of between 75 to 100 people from every continent and time zone* around the globe and increased its frequency to once a week.  It has cycled through nearly all of Arendt’s writings, and most of her majors works at least twice.  Several members have been reading and re-reading Arendt together for years, while new people join regularly as others move on or take a break. VRG members come from all age ranges, life stages and educational levels, connected by the desire to explore Arendt’s bold and risky thinking.

Promoted on twitter and eventually covered by the New York Times, VRG’s numbers grew notably when HAC opened access to anyone interested, regardless of membership status, during the first year of the pandemic in 2020.  With the welcome increase in regular participants, it became clear that the weekly 90-minute VRG sessions would not necessarily allow time for everyone to speak or be heard from, despite a robust Q & A session with Roger Berkowitz and lively text chat throughout. To offer an opportunity for deeper conversation and connection among VRG attendees, HAC launched the Dialogue Groups in collaboration with Susan Oberman as Project Manager in January 2021.

Dialogue Groups are comprised of between 4 to 6 participants and serve as a supplement to the VRG. Once put in touch with one another through HAC (register here) groups are then on their own to decide on a time to meet that works for everyone, and to design a format they find useful.  To provide guidance, members are sent materials about the practice of public dialogue and its difference from debate. The model used by the HAC Dialogue Groups is rooted in the concept of good will, cited by Arendt as the core of Jaspers’ work, “to reveal and to listen as the primary condition for all human intercourse…” Good will serves as the basis for raising questions about how the group is working that is not tied to any particular political view.

The leaderless structure asks each member to show up, to come with a question, and to respond to the contributions of other members. Participants recently interviewed commented on the benefits of the smaller groups for allowing free-flowing conversation, a back-and-forth that allows ideas to be more fully explored. One person commented that, “The leaderless-ness of the discussion was fascinating - since that hardly ever happens in our world.  Yet it worked.”

Several interviewees appreciated that the Dialogue Groups allow for discussion of how reading Arendt impacts them personally. “One of the most helpful aspects is just hearing how the others understand HA’s writings and the questions that come up for them. Another is the space to ask my own questions and to reconsider/challenge my interpretation of this work.” Participants may ask one another: what are you taking away from the readings? Does reading Arendt impact your actions? Have your perspectives changed?

Speaking and being heard aligns with Arendt’s notion of appearance in public as an exercise of our most basic human right and can be seen as an experience in plurality. Several participants said that they had never spoken in the larger VRG but felt comfortable doing so in the Dialogue Group.  This in turn has enriched their experience in VRG.  As one respondent wrote, “The group…has inspired me to take a deeper look into the texts so that we can have an informed and engaging discussion. Before, when I was only attending the VRG, I sometimes only watched, and thus didn't feel fully immersed in the text.”

Currently there are five active Dialogue Groups meeting online. Four of the groups meet in tandem with the weekly VRG readings, and a fifth, Arendt and Feminism, meets monthly to discuss additional readings on this topic.  As individuals express interest and register, new groups will be formed.  As the VRG starts a new set of readings on Arendt’s perspective on judging on Feb 11 with Arendt’s Lectures on Kant’s Political Philosophy, we welcome anyone interested in joining a Dialogue Group to sign up here.