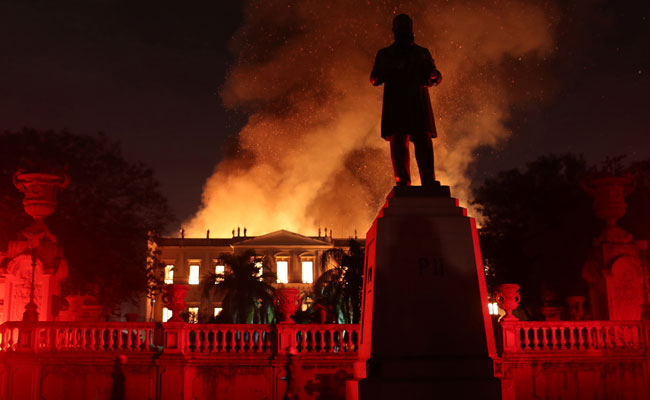 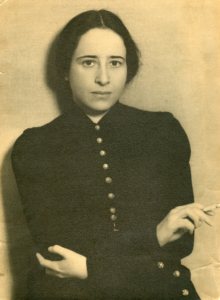 An anonymous senior official in the Donald Trump administration has caused quite a kerfuffle. He or she has instigated a hunt for the source by the President and the press. Pundits either praise the anonymous figure for courage or condemn them for cowardice. Putting these mysteries and platitudes to the side, the anonymous oped hit upon one singular truth.

"The root of the problem is the president's amorality. Anyone who works with him knows he is not moored to any discernible first principles that guide his decision making."

The mob standards at the root of the Trump presidency are a great threat to the republic, which, for all its myriad failings, has always been inspired by ideals. While the United States too often falls short of being a city on the hill, the imagination of itself to be the land of equality and freedom lies at the root of most of its greatest accomplishments.

The oped calls attention to the "cynical dismissal of respected standards and accepted theories" that drive the current President to reckless and damaging decisions. We are told to rest assured, that many in the administration are actively confounding the President and working assiduously to smooth out his rough edges. And the writer is to some degree right: thus far, President Trump has ceased to give in to autocratic impulses that clearly swirl in his breast.

The problem with the argument in the oped is that as the writer gives lip service to standards of morality, they justify their continued service in an administration that they believe to be morally bankrupt. Such a choice is founded upon the argument that collaboration by well-intentioned individuals is a lesser evil than resigning. Hannah Arendt considered the argument from the lesser evil when writing about the collaboration and cooperation of ordinary Germans with the Nazi regime. It should be clear that we are not now under a dictatorship, but an elected President limited by the separation of powers and a federalist dispersal of power. But the basic argument--that acceptance of lesser evils is a necessary evil--is a dangerous one. As Arendt reminds us:  "those who choose the lesser evil forget very quickly that they chose evil."

Sacrificing Friends: When the Mob Wins I 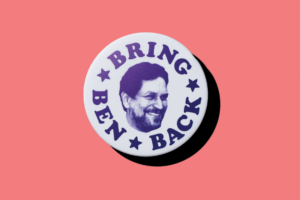 Jonathan Mahler tells the story of the firing of Ben Frisch, a Quaker high school math teacher of Jewish heritage who suffered the consequences of satisfying the mob in the aftermath of an awkward joke.

"Ben Frisch opened his Feb. 14 pre-calculus class at Friends Seminary the same way that he opened all his classes over the course of his 34 years at the private Quaker school in Manhattan: with an invitation to his students to share anything that was on their minds, followed by the gentle ringing of a chime and a long moment of silence. He then introduced the day's lesson, involving the calculating of angles of depression and elevation. Frisch straightened out his right arm to demonstrate. He lowered it down and then raised it up. Glancing at his arm, now fully extended and pointing slightly upward, Frisch realized something: He was inadvertently pantomiming the Nazi salute. Frisch is a practicing Quaker, but his father was Jewish, and two of his great-grandmothers were killed at Auschwitz. Mortified, he searched for some way to defuse the awkwardness of the moment. And then he said it: "Heil Hitler!"....

Even before Frisch's termination, there was a feeling among some in the Friends community - parents, teachers and especially alumni - that in its race to keep pace with a changing city, the school was losing touch with the Quaker ethos that had long distinguished it. Perhaps inevitably, the fight over Frisch's termination became a proxy battle in this larger war: Frisch was the only Quaker teacher in the high school. What is more, the manner in which the school fired him bore little resemblance to the Quaker decision-making process, which calls for the participation of the entire community in open dialogue. "What has made Friends a special school is the Quaker values, and that's what has been broken in this process," says Jacques Lilly, a longtime Friends parent. "What do you have if you don't have those? You've got a nice, second-tier, expensive New York City private school. Why don't you send your kids to Brearley instead?"

DAYS AFTER THE "Heil Hitler" incident, the administration gathered Friends' 279 high schoolers in the meetinghouse to inform them that Frisch had been suspended. It was the first time that some students had heard about the incident, and a number were vocal about their view that it didn't merit disciplinary action. "It got ugly pretty quickly," recalls Abraham Levin, who was a senior at the time. One student pointed out that Lauder had uttered insensitive things, too: Just a few months earlier, while talking about the school's fund-raising efforts, he said that all-girls schools typically have an easier time building their endowments, because men die younger and leave their money to their wives. (Lauder says that he was describing a phenomenon that was well known within the private-school community but that he should have been more careful in explaining it.) A few days later, Levin and a couple of his classmates taped a petition to Lauder's door signed by 187 students, urging the school not to terminate Frisch. "We are petitioning because we are afraid the controversy surrounding Ben's mistake will result in his firing, and we believe this would be an immense loss for our community that would only increase the upset within the student body and faculty," it read. "We understand that there are likely others with more influence who are pushing you in the opposite direction, but we hope this petition will encourage you to consider our perspective."

Word of the firing spread quickly over spring break, and when classes resumed in late March the school erupted in protest. Students were angry that they had no voice in the process and that the school had not shared with them any details of the other "equally troubling incidents" that informed its decision. They staged a sit-in that spilled out of Lauder's office and into the hallway outside and walked out of meetings for worship carrying protest signs: "Free Ben Frisch," "Make Friends Quaker Again," "Bo Chi Minh." Students wore "Bring Back Ben" buttons around campus and reflected on the case in classroom essays, applying the teachings of Mahatma Gandhi to Frisch's situation and comparing the fight on his behalf to the Dakota Pipeline protest at Standing Rock. In a commencement address, the senior Benjamin Levine offered a thinly veiled critique of the administration: "It's so much easier and simpler to decide someone is racist or ignorant or naïve - or anti-Semitic - than to engage in the messy work of trying to communicate and understand when conflicts arise."

De-Published: When the Mob Wins II 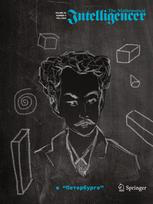 The mathematician Theodore Hill describes how his paper has twice been accepted for publication by mathematics journals and then, once published, been de-published because of political criticism.

"In my 40 years of publishing research papers I had never heard of the rejection of an already-accepted paper. And so I emailed Professor Senechal. She replied that she had received no criticisms on scientific grounds and that her decision to rescind was entirely about the reaction she feared our paper would elicit. By way of further explanation, Senechal even compared our paper to the Confederate statues that had recently been removed from the courthouse lawn in Lexington, Kentucky. In the interests of setting our arguments in a more responsible context, she proposed instead that Sergei and I participate in a 'Round Table' discussion of our hypothesis argument, the proceedings of which the Intelligence would publish in lieu of our paper. Her decision, we learned, enjoyed the approval of Springer, one of the world's leading publishers of scientific books and journals. An editorial director of Springer Mathematics later apologized to me twice, in person, but did nothing to reverse the decision or to support us at the time."