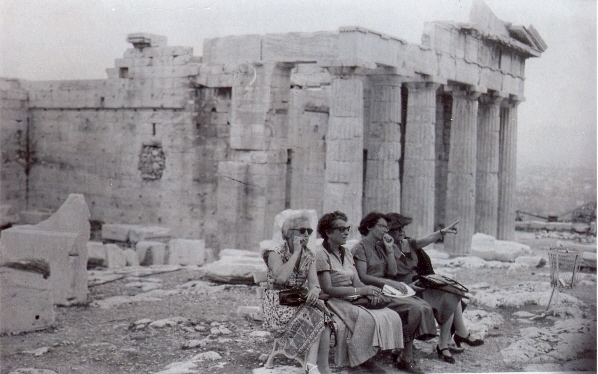 The Limits of Fiction and the Return of Reality

As the Presidency of Donald Trump comes to an end (and it will end on January 20th), it is time to think about what has happened. The worries about President Trump being an authoritarian, fascist, or totalitarian leader have proven overblown. The conspiracy theories about collusion with Russia were always just that, conspiracies. With the exception of his abuse of power trying to cajole and bribe the Ukranian President into investigating his political opponent and now President-elect Joe Biden, President Trump did not cross any firm constitutional lines as President.

Yes, the President is likely a criminal and con-man as the investigations into fraud by New York State Attorney General Cyrus Vance Jr. will seek to prove. Yes, the President is willing to say pretty much anything and ignore basic norms of governance and integrity. Yes, the President’s refusal to concede his electoral loss is an affront to the most fundamental underpinnings of republican self-government, that the people have the ultimate authority in choosing their representatives and that our political leaders will accede to their determinations. But the President will leave the White House (I expect voluntarily) on January 20th and he will have to face prosecution for his alleged crimes. He is not above the law.

The true danger posed by the Presidency of Donald Trump is his assault on reality. The problem with the President is not that he lies, since lying is part of politics. It that he seeks, through consistent, repetitive, and ideological lying to establish alongside reality an alternative consistent fiction. This aim is not that the new fiction is to be believed, although some of his most ardent followers will believe it. The aim is to sow doubt and confusion; it is to foster cynicism; it is to render reality relative.

To render reality relative, to make reality wobble, is the aim not only of totalitarian movements, but also of politics once public relations have replaced national interest as the core of political concern.

In The Origins of Totalitarianism, Hannah Arendt began her lifelong exploration of the political assault on reality. What made totalitarianism leaders possible, she writes, is that they confront a population that has become a formless mass rather than one divided into classes based upon political interests.

Masses are not held together by a consciousness of common interest and they lack that specific class articulateness which is expressed in determined, limited, and obtainable goals.

The masses are those who have lost their social and political affiliations. Traditional organizations like religions and families break down and with them is lost the purpose and meaning that makes life bearable. The mass man has friends, but those friends are fellow travelers. They are not the kinds of friends one has and keeps through thick and thin or when the chips are down. They are friends who are wrapped up in a common delusion and only remain friends so long as they share a common enemy.  What unites the masses is not common interest, but fury and anger at the corruption and injustice of the political apparatus. In that furious desire to tear the system apart, the masses find a common goal that allows them to feel a part of a larger project and to matter in the world.


The political mobilization of the masses is possible because the masses, desperate for meaning, are predisposed to reject a reality that is inadequate to their needs. The revolt of the masses against reality is rooted in their obsessive desire to escape from a reality that they can no longer tolerate. What they long for is a fictional reality that is consistent and sensible in providing stories that make them feel powerful and at home.

The masses' escape from reality is a verdict against the world in which they are forced to live and in which they cannot exist, since coincidence has become its supreme master and human beings need the constant transformation of chaotic and accidental conditions into a man-made pattern of relative consistency.

What pre-totalitarian movements share with all politics in an era of mass politics is an appeal to fictionality over and against the real world--as an escape from the discomfortable homlesseness and meaninglessness of reality.

Before they seize power and establish a world according to their doctrines, totalitarian movements conjure up a lying world of consistency which is more adequate to the needs of the human mind than reality itself; in which, through sheer imagination, uprooted masses can feel at home and are spared the never-ending shocks which real life and real experiences deal to human beings and their expectations.

What makes Donald Trump such a master politician in the age of mass politics is his ability to tell elaborate fictions, stories that the retells and comes to inhabit. As Bruno Macaes writes, the President was singularly adept at telling stories that somehow survived their confrontation with reality.

A key was to create deeply immersive story lines without allowing them to crash against the limits of reality. [President Trump] was often successful, convincing his followers that they were living in a new country — even when very little of substance had actually been accomplished. His executive orders, for example — like one that pledged to protect people with pre-existing medical conditions — were often less acts of government than narrative tricks.

The fictional worlds that the President unleashed were fantasies that held and still hold an appeal for millions of Americans. What was amazing to watch was how those fantasies could survive their obvious unreality. Until, that is, the Covid 19 pandemic. While the President could persuade his followers, absent evidence, that immigrants were the source of their woes or that Black Lives Matters protesters were seeking to rip apart the social fabric, his fantasy that the Corona Virus was like the flu, that the pandemic was ending and that salvation was just around the corner could not survive the clash with the reality of 200,000 deaths and the loss of 11 million jobs.

It is sobering to realize that if it had not been for the Corona Virus, it is very likely that President Trump would have successfully spun a fantasy that would have secured his re-election. But the Covid 19 pandemic woke enough people from the President’s collective dream to deny him that victory.

Similarly, the President’s renewed attempt to create the fantasy that he won the election—or at least that the election should be invalidated—is failing as well. The open question as we move into 2021 is how much longer the President’s power to captivate will last and how will his loss of power impact the power of his wizardry?

Hannah Arendt understood that the power of leaders to captivate through their fictions depends in good measure on the perception of their infallibility. Once they lose power, that infallibility is hard to preserve. And the usual result is that such leaders are forgotten or replaced:

The main reason President Trump is refusing to concede now is not because he expects to remain in office. It is that he knows that if he is seen as a loser, his power to fabricate a fictional reality will suffer greatly. His powers are already diminished as a result of the Coronavirus. To lose the election would be a near fatal blow. So he has to convince his followers that he didn’t lose, that he is fighting a corrupt and unfair system. If he must vacate the White House, it is only because of fraud and he will continue to fight for them. This is his greatest effort to maintain his power once he is out of office. And as Bruno Macaes writes, it is an open question whether the President can preserve his powers of telling believable stories.

The illusion started to buckle under the relentless attack of this physical threat. Even then, even when Mr. Trump tested positive, the reality-TV impulses never stopped: the videos from Walter Reed National Military Medical Center; the successful return to the White House, pulling away the mask and standing strong; and the heroic return to the campaign trail.

But the virus had a hard logic of its own and would not disappear. With a winter wave approaching, Mr. Trump was vulnerable.

What Joe Biden seemed to understand before everyone else was that the fantasy was about to collapse, and voters weren’t ready for an alternative liberal fiction. The main binary in American politics now may not be between left and right, but between fiction and reality. At some point, fictions must be revealed as no more than fictions — and they must be switched off.

In this view, Mr. Biden is the kill switch. He promised to remove Mr. Trump and switch the channel to something less risky.

After the election, a verdict is being widely shared: Mr. Trump may leave, but Trumpism is here to stay. This may be true, but it won’t be in the way people think.

What survived the election was not Trumpism as a policy platform but the fantasy politics of the last four years. Those are as powerful and addictive as ever, but they will look very different once the current executive producer has left the job.