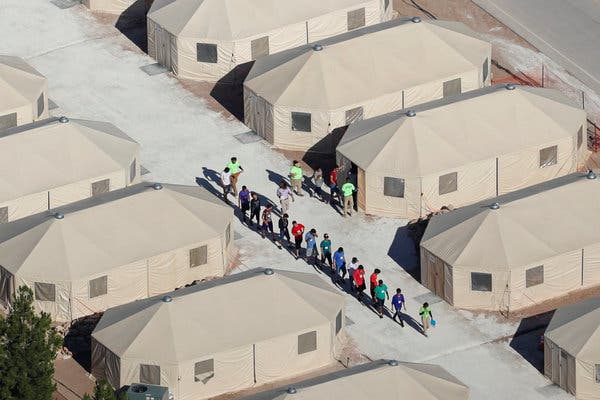 The Need for Analogy

Peter E. Gordon writes a defense of historical analogy in the New York Review of Books. Gordon situates his considered argument against the backdrop of the United States Holocaust Memorial Museum issuing a blanket statement, refusing historical comparison to the Holocaust in response to Alexandra Ocasio Cortez calling the detention camps on the U.S. boarder “concentration camps” last year. He argues that if we prohibit comparison by way of analogy, then “injunctions like ‘Never Again’” lose their meaning.

Moral imagination requires the use of analogy, not in order to flatten events, but in order to illuminate the present and future threat of fascism. Gordon cites Hannah Arendt’s “banality of evil” in making this point to illustrate that her description of Nazism’s evil as banal, “was not meant to diminish its horror but to magnify it, by reminding us that it’s perpetrators were not monsters but ordinary men.

She feared that, in the public mind, the sheer magnitude of the Nazis’ crime would remain so opaque that it would be depoliticized and lifted free of political history, as if it had not been perpetrated by human beings at all.

But all human atrocities are human acts, and as such all are candidates for comparison. The twentieth century alone has given us instances enough of mass-murder to occupy historians of comparative genocide for many years to come. Between 1904 and 1908, the German Empire murdered an estimated 75,000 Herero and Nama people in territories along the western coast of South Africa—an event that scholars typically call the first genocide of the twentieth century. The Armenian genocide, between 1915 and 1923, took an estimated 700,000 to 1.5 million lives (the exact figure is still a matter of dispute). The Rwandan genocide in 1994 involved the mass slaughter of Tutsis, Twa, and Hutus—the number of deaths has been calculated at between 500,000 and one million. To disallow comparisons of these atrocities with the Holocaust risks the implication that some human lives are less precious than others, as if the murder of mass populations in the European sphere should arouse greater outrage than the murder of mass populations in Armenia or Rwanda.