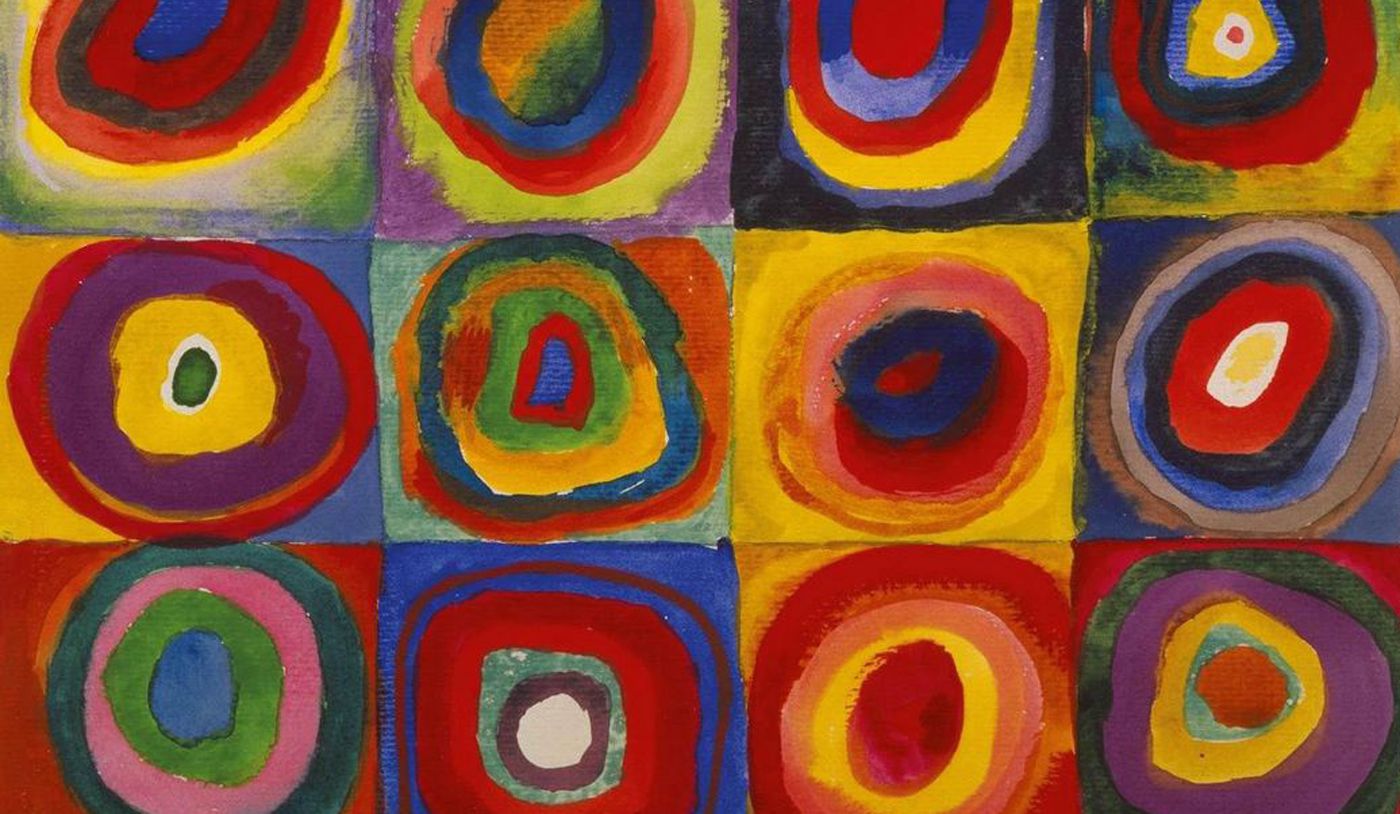 David Brooks revisits what he got right and wrong about the rise of the creative class. Above all, he admits that he was wrong when he wrote in 2000,  “The educated class is in no danger of becoming a self-contained caste. Anybody with the right degree, job, and cultural competencies can join.” That view that the creative elite was benign and open to all was, he writes, “one of the most naive sentences I have ever written.” What Brooks now sees is that the creative class of elites has “coalesced into an insular, intermarrying Brahmin elite that dominates culture, media, education, and tech. Worse, those of us in this class have had a hard time admitting our power, much less using it responsibly.” And this class of elites has also, “generated a global backlash that is growing more and more vicious, deranged, and apocalyptic.”

Brooks' insistence on viewing the cultural elite as a class is complicated and, as he admits, problematic. Left-wing parties used to be the parties of the working classes, but as these parties have come to represent often affluent purveyors of cosmopolitanism and identity politics, they have left the working classes behind. As he writes: “Around 1990, nearly a third of Labour members of the British Parliament were from working-class backgrounds; from 2010 to 2015, the proportion wasn’t even one in 10. In 2016, Hillary Clinton won the 50 most-educated counties in America by an average of 26 points—while losing the 50 least-educated counties by an average of 31 points.” Similarly, right-wing parties used to count the wealthy as their core of support. But that is no longer the case. Brooks writes:

The class structure of Western society has gotten scrambled over the past few decades. It used to be straightforward: You had the rich, who joined country clubs and voted Republican; the working class, who toiled in the factories and voted Democratic; and, in between, the mass suburban middle class. We had a clear idea of what class conflict, when it came, would look like—members of the working classes would align with progressive intellectuals to take on the capitalist elite.

But somehow when the class conflict came, in 2015 and 2016, it didn’t look anything like that. Suddenly, conservative parties across the West—the former champions of the landed aristocracy—portrayed themselves as the warriors for the working class. And left-wing parties—once vehicles for proletarian revolt—were attacked as captives of the super-educated urban elite. These days, your education level and political values are as important in defining your class status as your income is. Because of this, the U.S. has polarized into two separate class hierarchies—one red and one blue. Classes struggle not only up and down, against the richer and poorer groups on their own ladder, but against their partisan opposite across the ideological divide.

The creative elites that Brooks is writing about do not look like a class in any typical way. They don’t share economic interests—the creative class includes billionaires, millionaires, non-profit workers, and university professors. They have wildly differing status positions and social capital. What unites this “class” of creatives is, instead, their comfort in the world of ideas and technology. Creatives are happy to spend their days in front of computers, on their phones, or in meetings. While they may seek thrills on vacation by blasting into space or climbing mountains, the creative elites generally privilege intellectual over physical skills and value intelligence over both brawn and common sense. To take one glaring example, this new class of elites prioritizes SAT scores and learning Chinese over knowing how to fix a car or repair one’s home. They may grow a garden, but few of them could sustain themselves.

Creative elites disagree on bread and butter economic issues such as whether to socialize healthcare, raise taxes on the upper middle class, or forgive student debt. But these disagreements pale in comparison to the full-on cultural animosities they share for those who oppose open borders and recoil against government technocratic rule. For Brooks, the new class of creative elites has insulated itself against any persons who deviate from its moralized politics. And this polarization has brought with it political problems. “Our politics, meanwhile, has become sharper-edged, more identity-based, and more reactionary, in part because politics is the one arena in which the bobos cannot dominate—there aren’t enough of us.” While the creatives dominate in culture and the arts, we are left with a new class war in politics.

In her chapter on “A Classless Society” in The Origins of Totalitarianism,  Hannah Arendt argues that the breakdown of the class system shifted class-based party politics from their focus on interests to a concern with psychological and ideological propaganda.  Traditional classes are interest-bound formations, determined by their place in the productive process. They provide individuals with a sense of social membership and solidarity. Conventional political parties represent class forces to various degrees. Classes and parties serve more than economic interests; they provide their members with a secure place in a frightening world. It is when the cohesive forces of classes and parties dissolve that a mass of neutral and rootless people become vulnerable to the ideological organization of totalitarian movements.

Arendt returned to the political problem posed by a specifically new class of intellectuals in her essay “On Violence.” With the rise of technology and the turn to brain power as a path to social and economic power, the intellectuals, Arendt saw, “ceased to be a marginal social group and emerged as a new elite, whose work, having changed the conditions of human life almost beyond recognition in a few decades, has remained essential for the functioning of society.” What struck Arendt about this new group—she hesitates to call it a class— is that it had, by 1970, not yet “developed into a power elite” or a ruling class. The intellectuals, Arendt saw, “are more dispersed and less bound by clear interests than groups in the old class system; hence, they have no drive to organize themselves and lack experience in all matters pertaining to power.” What is more, intellectuals are possessed of a romantic nostalgia for past glories—be it liberal democracy or social democracy—that “prevent them from understanding the present and their own role in it.” These intellectuals, Arendt saw, had not yet recognized themselves as a class with shared economic and political interests. And yet, they might.

Arendt articulates a profound worry that the formation of a class of intellectuals or creatives (to use Brooks’ term) might well emerge as “the really new and potentially revolutionary class in society.” If and when intellectuals were to consciously claim their power in pursuit of their interests, Arendt argues, there is “every reason to be fearful as well as hopeful.” The power of intellectuals as a class, she worries, would be “very great, perhaps too great for the good of mankind.” Arendt’s worry about the rise of a super-class of intellectual mandarins is, in part, that these new elites would subject society to pseudo-scientific social theories and thus elevate a technocratic rule that threatens human freedom.  The technocratic elite might be well-meaning advocates for social justice and the common good. But there is no reason to assume, she writes, that “those whose claim to power is based on knowledge and technique will be more benign in their exercise of power than those whose claim is based on wealth or aristocratic origin.”

A second fear Arendt names is that resentment towards these new intellectual elites whose claim to power is predicated on “brain power” will be intense and that “this resentment will harbor all the murderous traits of a racial antagonism, as distinguished from mere class conflicts, inasmuch as it too will concern natural data which cannot be changed.” It is likely, she speculates that since “the numerical power of the disadvantaged will be overwhelming and the social mobility almost nil,... that the danger of demagogues, of popular leaders, will be so great that the meritocracy will be forced into tyrannies and despotism.”

In other words, as the technocratic rule of the intellectual elite solidifies, they will breed a quasi-racial resentment by the masses that will be susceptible to mass movements led by demagogues; and the intellectual response to such movements will be to exert ever more fine-tuned surveillance and social control of society. This is the kind of quasi class-war Arendt feared would be our fate as she wrote 50 years ago. And it is the new class war that Brooks unpacks in  his essay. For Brooks, the new elite must “dismantle the system that raised us.” That seems a lot to hope for.