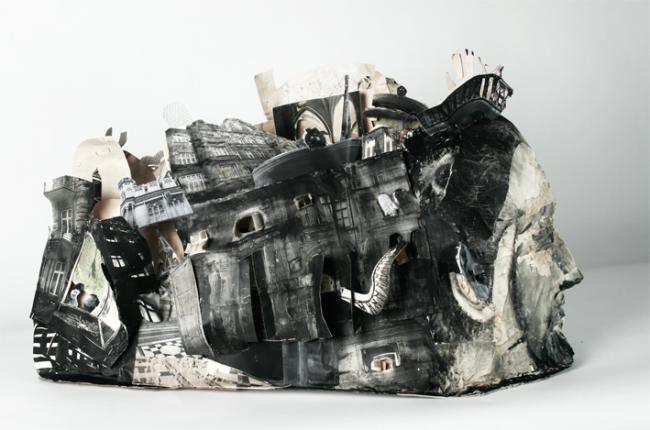 The Politics of Kafka

“Kafka envisioned a possible world that human beings would construct in which the actions of man depend on nothing but himself and his spontaneity, and in which human society is governed by laws prescribed by man himself rather than by mysterious forces, whether they be interpreted as emanating from above or from below.”

If we made a survey asking people to name one writer whose works convey a negative outlook on life, Franz Kafka’s name is likely to come up at the very top. And at least at first sight, this ranking seems rather appropriate. Take, for instance, Kafka’s novel The Trial. It tells the story of Josef K., who is persecuted--and in the end executed--by an amorphous justice system without knowing what he is accused of. The novel presents a dark allegory of modernity, focusing on the hopeless struggle between the individual and the judicio-bureaucratic apparatus.

However, if we only emphasize these negative aspects in Kafka’s works, we miss much of what Kafka is all about. This is what we can learn from Hannah Arendt’s surprising 1946 essay “Franz Kafka, Appreciated Anew.” Arendt doesn’t show us the depressing Kafka we all know. Neither does she highlight, as has become a little too fashionable in the wake of David Foster Wallace’s wonderful 1998 essay “Laughing with Kafka,” simply the ‘funny Franz.’ What Arendt reconstructs from the novels The Trial and The Castle is instead a visionary political writer who is inspired by the idea of a world “in which the actions of man depend on nothing but himself and his spontaneity.” A scene from the 1962 film adaptation of Franz Kafka's The Trial. (Source: Hodgsonson)[/caption]

To be sure, it takes a good deal of creativity to find in Kafka’s works the bright vision of a future society that is “governed by laws prescribed by man himself rather than by mysterious forces.” Arendt is aware of that. She would certainly not deny all the grim aspects of the societies in which Josef K. of The Trial or K. of The Castle find themselves. But rather than focusing on the dark powers looming over the protagonists, Arendt foregrounds the resistance of the protagonists, who, in direct opposition to the advice they are given, refuse to accept the rules of the society around them as necessary.

It is this rebuttal of the rhetoric of necessity that makes Kafka’s works in Arendt’s view politically relevant. For all politics, from the smallest protest against the bureaucratic mechanisms in one’s company to the overthrow of governments, hinges on the belief in the possibility that the world could be different than it is.

This rejection of necessity is also what distinguishes Kafka’s literary works from the nineteenth century novel. As Arendt knows, “[t]he basis for the classical novel was an approach to life that fundamentally accepted the world and society, that submitted to life as given, and that perceived the greatness of destiny to be beyond good and evil.” Kafka, in contrast, takes nothing for granted, nothing as necessary. Everything in his works seems strangely arbitrary and out of joint. And thus the world is open to the spontaneity of action and resistance.

As much as Arendt celebrates the political gesture of debunking necessity in Kafka’s works, she is not blind to the fact that Kafka’s protagonists persistently fail in their fight against the preachers of necessity. Quite to the contrary, she makes the analysis of their failure an important part of her essay and powerfully contrasts Josef K.’s eventual surrender in The Trial to the K.’s heroic defeat in The Castle. Josef K. in the end does accept the system that persecutes him and whose necessity he initially challenged. He willingly submits to his own execution--and there lies his fault. His final reflection--“it was as though the shame outlived him”--is for Arendt an open concession to the insight that Josef K. has become one with the system at the moment he surrendered to it. The shame that he speaks of is the shame that “he, Jose[f] K., despite being a victim of this order, is also one of its obedient members.”

Against this shameful surrender, Arendt positions the heroic defeat of K. in The Castle. K. does not surrender to any of the authorities in either the castle or village, and because of that he becomes one of Arendt’s great political heroes: “Unlike the K. of The Trial, he does not submit to any apparent necessity in the pursuit of his quest, which is why it is the villagers’ remembrance of him, rather than his shame, that will outlive him.”

Arendt’s essay is not only an invitation to revise our overly dark image of Kafka and to appreciate him anew as the thinker of political action she shows him to be. The essay serves also as a forceful reminder of the foundation of politics in the resistance against the discourse of necessity.