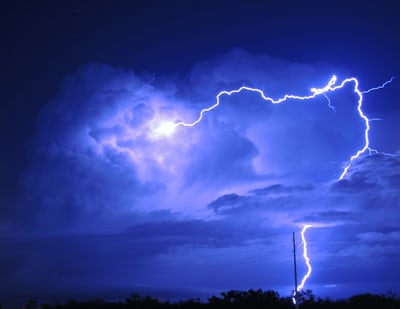 Roger Berkowitz
Jonathan Rauch and Peter Wehner argue that the real danger to American Constitutional democracy comes from the failure of conservatives to stand up to former President Donald Trump’s attempt to undermine a presidential election.

Again and again, we have heard conservatives argue that even if you believe that Donald Trump is flawed and the MAGA movement is worrisome, the left is much more dangerous. We disagree. Fears about the left’s increasingly authoritarian, radical tendencies are well grounded; but they have blinded many conservatives to the greater danger posed by the right, which we believe is a threat to our constitutional order and therefore to conservatism itself.
We come to our view after writing and warning about the illiberal left for much of our careers. One of us wrote a book nearly 30 years ago criticizing those who would limit free thought by restricting free speech; the other has been sounding alarms about left-wing ideology since his days as an official in the Department of Education during the Reagan years.
Since then, the left has grown more radical, more aggressive and less tolerant. With the help of social media and influence in academia — and sometimes in newsrooms and corporate H.R. departments — a small number of die-hard progressives (they make up only about 8 percent of the public, according to one recent survey) exert a hugely disproportionate influence on the culture. Progressives are “often imposing illiberal speech norms on schools, companies and cultural institutions,” the liberal journalist Jonathan Chait writes. There have been many examples of squelching arguments that although controversial deserve full and frank airing in a free society. Universities have attempted to kick off their campuses Christian ministries that require their leaders to be Christian, and we have written in these pages about efforts to weaken protections for religious liberty….
The left is not solely responsible for creating these fears, but it has played the most significant role. Yet even granting all that, the threat from the illiberal right is more immediate and more dangerous. If that wasn’t clear before the last presidential election and the violent attack on the U.S. Capitol on Jan. 6, 2021, it should be clear now….
Dismayingly few Republican leaders stand foursquare against the base’s insistence that any election Mr. Trump and his followers might lose is rigged. The result is that Republicans are shattering faith in the integrity of our elections and abandoning their commitment to the peaceful transfer of power — the minimum commitment required for democracy to work. This is an unforgivable civic sin, but it hardly exhausts the lists of concerns.
Many Republicans are now openly hostile to the processes Americans rely on to separate fact from fiction. There’s also the deepening cult of despair that has led some on the right to believe that all means of resistance are appropriate. In fact, catastrophism is quite fashionable on the American right these days. Every election is a “Flight 93” confrontation against an apocalyptic enemy; every effort, no matter how extreme, is justified. That attitude is not merely at odds with reality; it is incompatible with liberal democracy’s foundational requirement that Americans compromise and coexist civilly in order to share the country.
Partly as a result, the MAGA movement is drifting toward authoritarianism.