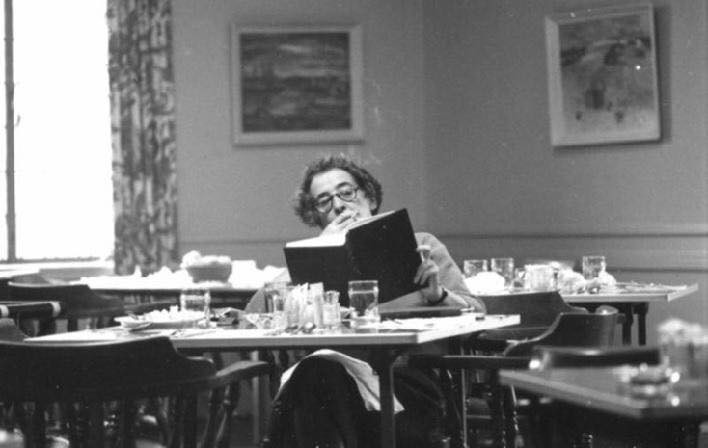 The Unquestioned Optimism of Futurists

“The subterranean stream of Western history had finally come to the surface and usurped the dignity of our tradition. This is the reality in which we live. And this is why all efforts to escape from the grimness of the present into nostalgia for a still intact past, or into the anticipated oblivion of a better future are vain.” [1]

Our immediate world seems divided into two categories. On the one side we have what the progressives label the last vestige of a conservative and isolationist past, the war-hawks turned border guardians who believe that if we are to avoid a slide into irreparable chaos we must return to the more clearly articulated divisions of the past. On the other side stands the promise of the tech industry, permeated with the futurist belief that technology and “better design” can solve our social needs and deepest anxieties. Politics, which as an outgrowth of speech bears the burden of diplomacy, is failing to negotiate this opposition, and instead is being usurped by the divide.

Hannah Arendt’s political thought reflects the experience of her time, when the theory of a ‘future man’ and a perfected society (Fascism and Communism), and the prior status quo (capitalism), combated, their oppositional antagonism placing the world onto the near brink of extinction. Arendt came to believe that to love the world one must see it as it is, without partisanship. Her philosophy was not middle of the road, rather, it called for patience and thinking. She asks us to consider both the liberty and weight of tradition, as well as the benefits of what technological and social discoveries offer, alongside their dangers.

In our Brexit-Trump world it is too easy to see where the traditionalists espouse their control. The threat of migration, caused by political destabilization and climate change (though often denied by these same authoritarian traditionalists), coupled with a shift in the labor systems, has propelled a political populism which promises a return to a pastoral past that may or may not have existed prior. And while it is necessary to challenge this populism argument, it is equally important to question the optimism of the tech movement and its attendants. Without doing so we never get to the poison coded within their optimism, the basic flaw within the economic system that causes the actors of the system to ignore the quite real potential of their choices.

A key factor here is the mandate toward competition interpreted from the market, and the pressure it places onto any aspiring idea and technological innovation, and the actors who tend to them. It simply does not allow for us to sincerely, and thoughtfully, consider the consequences of innovation. This blinding rush towards the new and the next is the “subterranean stream” which in the name of progress pushes us to ignore the potential impact this “progress” may have on the structure of the human condition. This suggests that something is broken in the basic system that governs world affairs.

This brokenness just played out in Davos, Switzerland. In his New York Times article “The Hidden Agenda of the Davos Elite,” Kevin Roose exposes this break and what it can mean for the future. “In Davos,” Roose writes, “executives tend to speak about automation as a natural phenomenon over which they have no control, like hurricanes or heat waves. They claim that if they don’t automate jobs as quickly as possible, their competitors will.” Roose describes the Janus face of the business sector in relationship to automation. This is not a vision of liberation through technology. This is a vision where technology has married corporate instincts, where it is, ultimately, driven by them. Everyone at Davos knows that automation is coming, as fast as technology allows. Everyone knows that when addressing it in public they must voice concern for its overall social impact. And yet, in private, everyone has already adhered to the bottom line, and they protect themselves from the consequences of this adherence by the reality of market rules. “Keep up or die,” is the motto of business. Any global player wishing to operate by a more humanely centered principle risks annihilation. And so this technology risks becoming just another tool appropriated by the instincts of the market place.

Of course, executives state that the market ecosystem is figuring it out. “One common argument made by executives,” Roose writes, “is that workers whose jobs are eliminated by automation can be ‘reskilled’ to perform other jobs in an organization. They offer examples like Accenture, which claimed in 2017 to have replaced 17,000 back-office processing jobs without layoffs.” But programs such as this “may be the exception that proves the rule… A report by the world economic forum [last] month estimated that of the 1.37 million workers who are projected to be fully displaced by automation in the next decade, only one in four can be profitably reskilled by private sector programs.”

The tech sector subscribes to the belief that the technology itself will provide the answer, that the push should be toward greater innovation. That same 2017 report by Accenture stresses that AI can double economic growth and increase worker productivity by 40% by 2035. And this would be all fine and good if these incentives were not so clearly shareholder focused. The approaching labor genocide can be an opportunity to reframe how we define value, how we distribute the rewards of progress, giving us an opportunity to stress work above labor, but the psychological structure governing our market place remains unchanged.

Another example of the innovation race is found in a recent New Yorker article, “The Grand Plan to Clean the Great Pacific Garbage Patch,” where Carolyn Karmann profiles Boyan Slat, a young Dutch entrepreneur who has proposed an inspiring method to rid the ocean of plastics. He has designed a giant machine to travel the oceans and collect plastic, funding it privately and publicly. But the machine keeps failing. When one engineer on the project voiced its impossibility, he was elbowed out. “We don’t have any glass-half-empty people,” said Joost Dubois, the chief communications officer for Slat’s startup. The money keeps rolling in and Slat has become a TED Talk celebrity, even as others have voiced concern over a misdirected effort. Slat carries on. “We don’t say, ‘Ban all the plastic’ — we sort of provide an alternative that’s better, that’s exciting, that fits into a world view that you can be excited about,” he says. And so, both money and attention continue to pour in, because this is an “exciting” narrative.

The image of a young entrepreneur with an “exciting” solution is captivating. We want to root for the ability of our will to master our conditions. We want to be relieved by Slat’s motto that “nothing cannot be remediated with good physics and engineering and money.“ But in the excitement we tend to forego the effort of reality-seeing for the privilege of joining the unbreakable optimism of a “future thinker” which affirms the impulse to conquer the present rather than have to work with it.

There is a perfect loop at play here where the individuals are shaped by the world which they in turn build out. We reward the Lindbergh archetype, driven by the dream of his singular vision, heroically dismissing all naysayers and growing bolder in his optimism in the face of every obstacle. But then we feel ensnarled in the system this personality affirms. The system creates the individual, the individual upholds the system, and back. And even when such individuals try to break from the cycle, as Anand Giridharadas depicts in his book “Winners Take All,” the break is only from the infrastructure and not the principles that drive it, as the hubris migrates from ‘titan of industry’ to ‘future thinker’ to charity funding ‘change-making’ elite. Even if well-meaning, the hubris embedded in this is worth examination. Generations of conditioning by the system makes it almost impossible to break with the system, and we are all participants — hero, bystander, or villain.

The race towards the future, propelled onward by the tradition of an uncompromising market, the unquestioned faith into the omnipotence of innovation, the cultic optimism that creates a groupthink firewall, all show an absence of the patience and thought required to see the world as it is. For Arendt, the rise of technology signaled the urge in us to escape “the human condition,” and thus she proposed the “reconsideration of the human condition from the vintage point of our newest experiences and our most recent fears.” [2] It still stands today that if we fail to do so, if we refuse to see the world as it is, we are likely to build new, more intelligent, shinier structures, which only replicate the failed structures of yesterday. We will never love the now if we refuse to sit with all the questions of being here.
Endnotes
[1] Hannah Arendt, The Origins of Totalitarianism, p. iv.
[2] Hannah Arendt, The Human Condition, p. 5.
Nikita Nelin is a writer currently living in the Pacific NorthWest. He has received the Sean O’Faolain Prize for Fiction, the Summer Literary Seminars Prize for creative nonfiction, and was shortlisted for the 2017 Restless Books Prize and the 2018 Dzanc Books Prize. His work can be found at Nikitanelin.com”