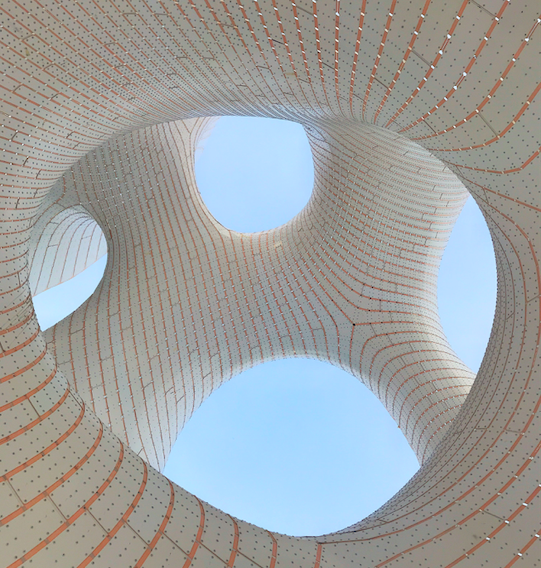 There Are No Holes of Oblivion

Roger Berkowitz
Totalitarian government aims at total domination, the complete evisceration of freedom from the world. Hannah Arendt knew the incredible power of totalitarian regimes; at the same time, however, she understood that the human drive for freedom meant that no totalitarian regime could ever be complete. No matter how fully a regime might seek to make people, facts, or inconvenient truths disappear, “there are no holes of oblivion.” Arendt found in the downfall of the Nazis and the Bolsheviks some hope, namely that totalitarian regimes will always fail when confronted with human freedom and the claim of reality.

The dream of many modern day totalitarians goes through technology. Ubiquitous cameras, infinite data, and artificial intelligence seem to promise a level of surveillance, control, and domination unlike anything the world has witnessed. We in the United States are well aware of this increasing technology of state surveillance. And the Covid pandemic normalized a level of surveillance and control that would have been impossible just years before. And yet, the technological-surveillance state here is nothing compared to what is being aimed for in China. Aaron Sarin writes about the efforts in China to perfect the surveillance state–and why it is fated to fail.

But the truth is that none of the flashy tech does what the Party thinks it does. There is no such thing as a reliable mind-reading machine. The convoluted motivations and inner world of a human being could never be reduced to eye movements and facial twitches and stress signals, all recorded and categorised by blind, unknowing artificial intelligence. (The only thing that can read a human mind is another human mind: instinctively, in the moment, with little or no understanding of the process.) We are witnessing an attempt to define people in purely rational terms—a variation on the same myopic mistake that Communist Parties have consistently made, all over the world, for a hundred years. They have always failed, and now this Party will fail once again, because human beings are not machines.
With such failure comes collateral damage. If mannerisms are signs of guilt, then the detentions will never end. The CCP’s paranoid police force already arrests citizens for such depravity as “frequent entry into a residential compound with different companions.” And most arrests already lead to a prison sentence, for the simple reason that torture is typically used to wrench confessions from detainees. Now the new technology is arriving—a technology for which success is measured in the numbers of suspects identified and detained. China’s prisons have always heaved with innocent people; they will need to build many more.
In the name of order, the Party is delivering chaos.