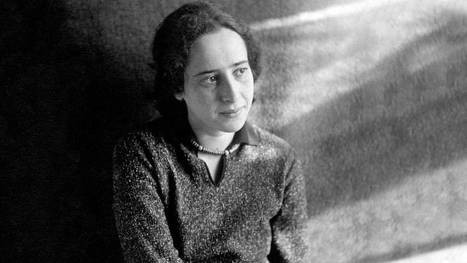 In our current political climate, media has exacerbated and publicized social tensions. Mostly these are tensions that have always existed but have not always been issues of large-scale public contention. The proliferation of mass media has led to increased political divisiveness and one-sidedness and has left behind the opportunity to use media platforms as a way to expand the imagination, and understand those who inhabit the world alongside us. This one-sidedness is evident in the increasingly polarized American private education system where instead of encountering expansive thinking students are continually exposed to the same liberal ideas. Education should be enlightening, yet it tends to keep us in an isolated bubble reinforcing an individual outlook on the world. This isolation is especially evident in the current trend on college campuses of instituting safe spaces, trigger warnings, and disinviting speakers whose ideas are considered too “controversial” or “offensive” by some. How do we break out of this bubble on college campuses? How are we going to change the world if we are only exposed to one set of ideals?

In response to this trend, students at Bard College began the Hannah Arendt Center’s Campus Plurality Forum, which includes the Tough Talk Lecture series and Real Talk Roundtables. The Tough Talk Lecture Series, which I’ve been running for the past year, aims to consider and make space for opinions and perspectives on Bard’s campus that are often invisible and unheard. In order to learn and grow, we must challenge our own ideas and conceptions of the world. This lecture series is an initiative for our community to challenge and hold accountable both our own ideas and those that some might find offensive, and perhaps even dangerous.

As a student at Bard, I’ve thought about the ways in which social media has made it easy for us to demonize others through technological means, where we are not required to encounter one another face-to-face. The digital realm provides a kind of comfort where one can speak freely behind the protection of the screen. But if we step outside of the comfort of the digital realm, where free speech is often deemed “dangerous” and enter into a public space where free speech means listening to others with opinions and experiences different from our own, there is a vulnerability that cannot be replicated through online experiences. Only in that vulnerability, in conversation with one another, are we able to encounter unexpected, disagreeable, and uncomfortable opinions that can ultimately expand and perhaps even change our imagination. It is only once we’ve heard from others that we can either alter our opinion, embrace a new opinion, or reaffirm our old opinion. Regardless, we end up embracing an opinion that is more fully consonant with the plurality of the world as a whole.

Now at the end of the semester, I find myself constantly changing my perspective on the world through this exposure to different perspectives that I had either rejected or had never considered before. Yet, there are many that do not feel the same way as I do about plurality and free speech. Some might argue that bringing certain speakers to campus constitutes a form of physical violence, but the Tough Talks have shown me that challenging ideas and putting someone in direct danger are not equivalent in any way shape or form. It was this trend of synonymizing “controversy” and “danger” that inspired me to invite the speakers for this year’s lecture series.

We began with Sarah Schulman and her talk, “Conflict is Not Abuse: Overstating Harm, Community Responsibility, and the Duty of Repair.” Schulman, a novelist, nonfiction writer, playwright, screenwriter, and AIDS historian, directly addressed our contemporary culture of scapegoating and highlighted the difference between conflict and abuse. Schulman argued that it is our inability to tolerate difference that promotes and perpetuates supremacy behavior and traumatized behavior in society. Schulman’s talk sparked a larger conversation that allowed us to explore our current social trend of “call-out culture” and the tendency to mistake conflict for abuse.

Nadine Strossen, the first women to serve as President of the American Civil Liberties Union, is an author, law professor, and civil liberties advocate; she centered her talk around her most recent book, “Hate: Why We Should Resist it with Free Speech, Not Censorship.” Strossen’s argument against censoring “hate speech” unless it directly causes imminent, serious harm, cut to the heart of the Tough Talk Lecture series. Her perspective on free speech and censorship are considered radical for some, yet her argument holds firm as it critiques our cultural desire to punish speech solely because its message could possibly result in future harm. Strossen’s work offers more effective responses to such speech, through counter speech and activism.

Our last talk of the academic year focused on the taboo subject of sex work and sex worker’s rights. Melissa Gira Grant, a senior staff reporter covering criminal justice at the Appeal and the author of Playing the Whore: The Work of Sex Work, and Danielle Blunt, an NYC-based dominatrix, a full-spectrum doula, and a sex worker rights activist, addressed “Propaganda, Surveillance, and the 21st-Century Vilification of Sex Workers,” focusing on the historic role sex workers have played over the past century, and the more recent law that went into effect under Donald Trump’s presidency: SESTA and FOSTA. This exposure to an often-invisible side granted us the ability to question and reconsider the ways in which certain laws are presented to us and what effect they will actually have on people’s work and lives.

The Tough Talk Lecture Series has created a different kind of safe space on campus that pushes the boundaries of contemporary political norms and forces us to lean into discomfort. The ability to question one's understanding of the world is integral to our growth as a society. As I start to think about graduation, this growth that I’ve experienced is something I will cherish forever, in and out of academia.

Charlotte Albert is a Senior Political Studies Major and Student Fellow at the Hannah Arendt Center for Politics and Humanities at Bard College.