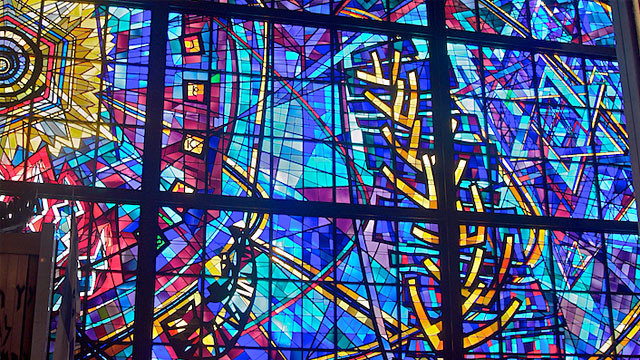 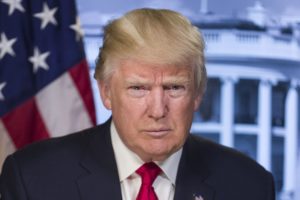 Writing for the Financial Times, Gideon Rachman argues that Donald Trump has been so successful because he embodies the spirit of our age. Looking at Trump through the lens of Hegel, Rachman sees Trump as a "world-historical figure".

I doubt Mr. Trump has much to say about Hegel. But he may be the kind of instinctive statesman that Hegel described - a figure who has harnessed and embodied forces that he himself only half-understands. By contrast I fear that Mr. Macron, learned though he is, currently looks more like the embodiment of a dying order.

There is something to be gained and something to be lost in viewing Trump this way. On the one hand, it seems entirely right to say that he embodies the spirit of our age: A technologically fueled, self-obsessed, economy of excess. On the other hand, thinking about Donald Trump as a world-historical figure implies that there was something inevitable about his rise to power.
It is difficult to deny that Donald Trump is an historic president. And many are trying to make sense of what is happening in American politics today, to understand what effect Trump's legacy will have on the institutions of democracy. But understanding must at times refuse the desire for sense making, as Hannah Arendt teaches us. When we try to make sense of something-when we strive to make the extraordinary fit into pre-established patterns-we risk failing to see what is happening before us. And this is important because how we come to understand Trump's Presidency is as important as Trump's presidency itself.
Hannah Arendt was wary of Hegel's idea of the understanding of history because it sought to make history rational, to make history makes sense. By seeing history as the unfolding of a rational narrative, Hegel foreclosed the possibility of political action and human freedom. In her unfinished work on Marx, recently published in Thinking Without a Banister, she writes:

From the viewpoint of the history of ideas, one might argue with almost equal right that the thread of tradition was also broken the moment that History not only entered human thought but became its absolute. Indeed, this had happened not with Marx but with Hegel, whose entire philosophy is a philosophy of history, or rather, one that dissolved all previous philosophic as well as all other thought into history. After Hegel had historicized even logic, and after Darwin, through the idea of evolution, had historicized even nature, there seemed nothing left that could withstand the mighty onslaught of historical categories...For Hegel, thinking historically, the meaning of a story can emerge only when it has come to an end. End and truth have become identical; truth appears when everything is at its end, which is to say when and only when the end is near can we learn the truth. In other words, we pay for truth with the living impulse that imbues an era, although of course not necessarily with our own lives. The manifold modern versions of an antagonism between life and spirit, especially in the Nietzschean form, have their source in this historicization of all our spiritual categories that is, in an antagonism between life and truth. What Hegel states about philosophy in general, that "the owl of Minerva spreads her wings only with the falling of the dusk," holds only for a philosophy of history, that is, it is true of history and corresponds to the view of historians.

If we view Trump through this Hegelian framework we risk essentializing what is happening within American politics. The determinism of Hegel's world-historical framework delimits our possibility of understanding this political moment by defining politics as the unfolding of history. This form of thinking for Arendt has grave consequences for politics and political action which is primarily defined by our capacity to make new beginnings. If history is universal, then there can be no true new beginnings, because the outcomes of all actions are predetermined. Arendt urges us to move beyond the utilitarian measures of cause and effect in thinking, so that we can better come face-to-face with the world as it is.
Trump's presidency is not an inevitable outcome of history. And it is not the foregone conclusion of presidential power in America. It is something entirely new, and if we attempt to look past that right now because we feel like we have to make sense of Trump as a president, then we are going to miss what is happening before our eyes.
--Samantha Hill
Form more information visit: https://www.ft.com/content/f3e9fac6-d550-11e8-ab8e-6be0dcf18713 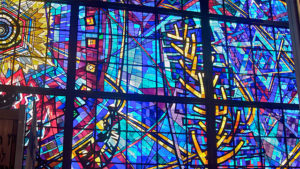 Bari Weiss was bat mitzvahed at the Tree of Life Synagogue in Pittsburgh, where on Saturday amidst services, an antisemite named Robert Bowers began gunning people down while shouting "All Jews must die." Weiss says what must be said, and says it beautifully. "As with many synagogues in America, the doors to Tree of Life and Pittsburgh's other shuls on Saturday mornings did not have any security and were open to all comers. We live according to our values - the ones that Robert Bowers appears to despise. One of the shooter's obsessions on social media was HIAS, the Hebrew Immigrant Aid Society, a Jewish organization originally founded in the late 1800s to resettle Jews fleeing pogroms in Eastern Europe. Today it rescues Jews and non-Jews facing persecution all over the world. A few weeks ago, Mr. Bowers shared a link to an event called Refugee Shabbat, a national initiative organized by HIAS, of which Tree of Life was a participating synagogue. "Why hello there HIAS! You like to bring in hostile invaders to dwell among us?" he wrote on a social networking site often used by alt-right activists and white nationalists. Just this morning, he posted: "HIAS likes to bring in invaders that kill our people. I can't sit by and watch my people get slaughtered. Screw your optics, I'm going in." The heartbreaking coincidence is that the Jewish emphasis on the open door, on welcoming the stranger, is exactly what the Jews of Tree of Life and the Jews of every synagogue big and small in every far-flung corner of the globe were reading about this Shabbat morning.... We are living in an age when anti-Semitism is on the rise here at home. You need only think of last year's chants of "Jews will not replace us" in Charlottesville, or the president's constant attacks on "globalists," "international bankers" and "the corrupt media," all of which are commonly associated with Jews in the minds of anti-Semites. It isn't at all surprising that these rhetorical tropes have translated into acts of violence - according to the Anti-Defamation League, anti-Semitic incidents rose by 57 percent in 2017 - even if Mr. Bowers also reviled the president as insufficiently nationalist. "There is no #MAGA as long as there is a kike infestation," he wrote. Every Jewish community in America will now have to make sensible decisions about how to ensure that they are not the next victims of someone like Mr. Bowers. But those hard choices should not make us forget the core values that make communities like Squirrel Hill what they are: welcoming, big-hearted and profoundly decent. One of the gifts of the Jewish experience in America is that because we have been so welcomed and so safe here, these values have been able to flourish."

The Tree of Life 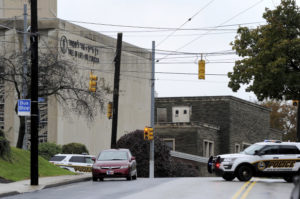 Courtesy of the New York Post[/caption] John Podhoretz also reflects on the shooting in Pittsburgh. "The synagogue in Pittsburgh is called the Tree of Life. The name is a translation into English of the Hebrew phrase etz chaim. We sing those words as the Torah is put away on every Shabbat. They are words from the Book of Proverbs: "She is a tree of life for those that cling to her and all who do are happy." The "she" in that sentence is "wisdom," and the verse that precedes itis especially poignant in light of what has happened: "Her ways are ways of pleasantness, and all her paths are peace." Today the paths of peace were befouled by a monstrous anti-Semite who stormed the Tree of Life shouting something about Jews needing to die as he murdered and injured and then shot at some cops for good measure. In every generation they rise up against us to destroy us. In a classic act of anti-Semitic violence, which is what this is, Jews hear the echoes of every violent anti-Semitic act that has preceded it in history. And we hear those echoes because they are there. That which motivates Jew-hatred today is what has motivated it from time immemorial-the poisonously attractive idea that Jews need to be extirpated because our existence is an offense or a threat to an existing larger order. The blessing of Jewish life in America is that this notion has largely been consigned to the dregs from which today's human malignancy rose. Despite the fact that most hate crimes in America are aimed at Jews, the actual number is vanishingly small-especially compared to France, from which Jews are now fleeing, and England, whose Labour Party is in the hands of an actual Jew-hater. Because we are obliged by the sickness of our political culture to analyze every despicable event in a manner designed to confirm our priors, we have already, mere hours after the barbarity, sunk into a nauseating discussion about how much blame to assign to the president for this unspeakable act. The obvious answer is: None. Donald Trump should be assigned no such blame, even if the shooter were the president of the Donald Trump Fan Club, because he pulled no trigger and committed no crime. Period. To do that, to assign blame, is to whitewash the crime itself and the criminal's responsibility for it. He becomes a cultural robot, seized by an evil collective unconscious that drove him to his crimes."