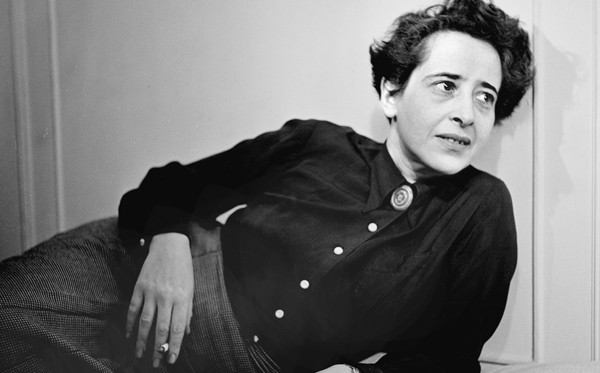 “What do we do now?”
Why Arendt Refuses to Answer

“‘What do we do now?’ is the question most frequently asked, and there is no answer.”

“What do we do now?” Today, amid “national emergency,” school shootings and lockdowns, environmental catastrophes, conflict in Syria, and everyday injustices, the question is as frequently asked as it was in 1972, as President Nixon escalated the Vietnam war. And then, as today, those claiming to have an answer abound. Arendt’s response — ”there is no answer” — is as uncommon as the philosopher herself.

Why does Arendt write that there is no answer?

Perhaps she means that there is no one answer, but many. Certainly, Arendt argues that the plurality of humankind is the fundamental to acting. We need others to witness our speech and actions in order for them to be meaningful. It is not our actions, but the interaction of what we each do that drives historical change.

Though this interpretation fits with key tenets of her thought, it is not what Arendt indicates here. She doesn’t say “each of us must act in accordance with her conscience.” She does not say, “I don’t have an answer,” even though she is writing to a dear and trusted friend (to whom she dedicated Crises of the Republic two years earlier, who would be the executor of her estate after her death and in whose house at Bard College the Hannah Arendt Center now resides). Instead she writes unequivocally, “There is no answer.”

What do we do now?

If the question-with-no-answer sounds familiar, so does the situation that provokes it. Arendt writes next:
The reaction to the newest events is by no means as you read it in the newspapers. No one believes that the reaction received in the White House is 4 to 1 for Nixon. But N. is convinced it really does not matter if you only say that it is and no one can disprove it. You create the desired majority by pretending it exists.

Twenty years earlier, in The Origins of Totalitarianism, Arendt had already diagnosed this willful obfuscation of true and false as a signature strategy of tyranny: “Before mass leaders seize the power to fit reality to their lies, their propaganda is marked by its extreme contempt for facts as such, for in their opinion fact depends entirely on the power of man who can fabricate it” (350).

Perhaps, then, Arendt declares that “there is no answer” because truth and facts are so twisted and confused that the political realm — that space of appearance in which we speak and act together — has been cloaked in falsehood. But this interpretation would come perilously close to meaning “there is nothing to be done,” or a defense of inaction, which is clearly not what she intends. For her, the space of appearance and action exists in potentia wherever people gather together. Practically speaking, she is aware that a Congressional veto or the failure of Nixon to win re-election would change the picture (and typically realistic about the improbability of either). She even supports certain actions. In the same letter, she mentions a strike at the University of Chicago, noting wryly, “I think I was the only professor not to cross the picket-line and my students — all of them of course against the government — did not care much so long as they could have their class [elsewhere].”[1]

For Arendt, it is not that action is impossible, but that the question is unanswerable. As with the Socratic aporias that she loves, there is something to be learned from not despite but through her non-answer.

What do we do now?

There is no prescription for action because Arendt insists that action is open-ended and unpredictable: “the reason why we are never able to foretell with certainty the outcome and end of any action is simply that action has no end” (HC 233). “In contrast to non-telelogical action, she opposes the “instrumentalization of action”: a degraded form of making with a definite intended product (HC 230), and an apt description of many tired activist tactics. For her, an answer would be a limit, and it is the nature of action to “force open all limitations and cut across all boundaries” (HC 190).

What do we do now? The question is unanswerable, but not unaskable. There is no answer because asking the question, again and again, is already a form of action. Today’s totalitarian confusion of reality and fakery call upon us to ask it, to hear it, to think about it. And thinking means “that every time you are confronted with some difficulty you must make up your mind anew” (“Answer of Socrates,” 405). Arendt places her silent hope in this human ability to think up new answers.

In the end, that most frequently asked question, “what do we do now?”, is unanswerable because the answer — the action — will be a miracle: a collectively produced, completely unforeseeable, world-birthing miracle. Any answer would be an abortion of our ability to innovate.