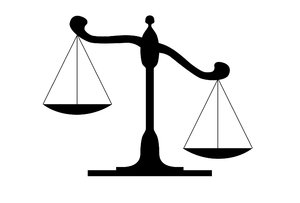 What We Are Reading:
The Rule of Law Under Siege

We live in irregular times and the President and members of the Executive branch of government are pushing the bounds of Constitutional norms. But there are lines that should not be crossed if we are to preserve the virtues and benefits of limited government. One of those norms is quite simply the rule of law and authority of the Federal judiciary. Austin Sarat argues that last week the rule of law was violated by none other than the Attorney General of the United States.

What happens to the rule of law when even the top law enforcement official in the land refuses to obey it?

That’s the question raised in a stinging rebuke of Attorney General William Barr and his Justice Department that came from an unusual source earlier this year: Federal Appeals Court Judge Frank Easterbrook.

Easterbrook excoriated Barr and the department for defying an order issued by his court.

The order in question concerned the case of Jorge Baez-Sanchez, a man living in the U.S. illegally, who was convicted of aggravated battery of a police officer and scheduled to be deported. Easterbrook quoted a letter from Attorney General Barr to the Justice Department’s Board of Immigration Appeals saying that the Seventh Circuit decision stopping that deportation was “incorrect” and need not be followed.

Responding to Barr’s assertion, Easterbrook insisted that while executive branch officials “are free to maintain … that our decision is mistaken … until the court reverses itself the Executive Branch must honor that decision.” Easterbrook said the Constitution gives courts the right to make conclusive decisions, which are not subject to disapproval or revision by another branch of government.