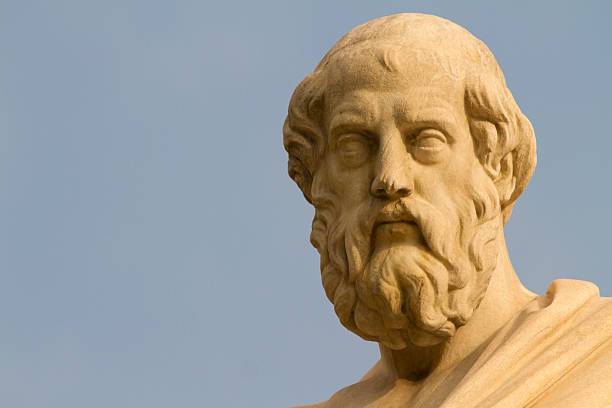 Different But Equal
Chiara Ricciardone, the incoming Klemens von Klemperer fellow at the Hannah Arendt Center, turns to Plato to ask how  we can diversity without hierarchy. Given that the valuation of difference implies a respect for discrimination and a recognition of inequality, how can we balance diversity and and equality?

Difference is the signature virtue of democracy; yet democracy also prizes equality (for the Greeks, democracy and isonomia, or equality before the law, were synonymous). Today, in the heated climate of identity politics, the questions become urgent. How can democracies celebrate and cultivate diversity without undermining the commitment to equality? Is it even possible to describe differences without (re)inscribing hierarchies? Can we conceptualize two people or groups as different, and at the same time equal?

Consider the “default” mode of understanding difference: the more-and-less model. I know I at least am greatly attracted to reducing differences, no matter how complex, to a simple statement of this sort: “At the end of the day, he’s just more of a go-getter.” Institutionalized oppression is a fortress built out of innumerable twigs like this.

In the past half-century, Jacques Derrida and his followers have mounted a formidable attack on the typical inequalities reproduced by more-and-less thinking. These deconstructionists try to overthrow the traditional hierarchical categories by blurring boundaries, inverting binaries, or insisting on the irreducible polysemy or different meanings of words. Put differently, this kind of analysis mixes categories, inverts their values, or shows that the categories were never pure. White and black are always linked by a ladder of greys.

The deconstructionist approach to difference has helped to create pockets of the world where it is possible to identify as “non-binary” or fluidly gendered. New and different categories have become possible – and this is no small change. But the new categories still operate in a hierarchy. Even when values that used to be normal are mocked as mere constructed norms, we only sidestep the fundamental tension between difference and equality.

What options remain? I draw inspiration from the political system of the ancient Athenians, a democracy-by-lot. The Athenians employed several key principles – rotation, subordination, integration, and randomness – that allowed diversity and equality to coexist.

To Hold Each Other Accountable
Robert Kehoe argues that those who read Arendt one-sidedly as part of the liberal resistance today do her a disservice. Instead  of mobilizing Arendt as a political weapon, Kehoe argues we should embrace Arendt’s overarching effort to hold each other accountable to communicable truths that would lead to virtuous action.

Of the many problems with this procedure, and the Arendt-now movement that goes with it, the most notable is its one-sidedness—as if the dangers of the current moment are exclusively threats from the right. To suggest that Arendt would be appalled by the plausibility of a global fascist movement is hardly a stretch. But little, if any, attention is given to the probability that she would be equally appalled by the violence of anti-fascist protest mobs, the childishness that characterizes so much anti-Trump chatter, or the very present, and far more powerful, reality of surveillance-capitalism: engineered and enforced by elites with perfectly acceptable cosmopolitan and progressive sentiments.

In this sense, Paul Mason is right that reading Arendt is not enough to overcome the formidable political and economic challenges of the present. But where the “cult of Arendt” has a tendency to sanitize her work to suit its own progressive sensibilities, Mason ultimately falls into a similar trap: arguing that because of her (supposed) adoption of American exceptionalism, her (supposed) Nietzscheanism, or her (supposed) ignorance of class struggle, the progressive sanitation project isn’t even worth the trouble.

Here it’s worth noting that Arendt once said, “I hate the word progress,” particularly to the extent that it was often accompanied by assumptions that clouded our judgments about the true nature of modern crisis. For her that crisis was far less ideological than it was political, in the traditional sense of the word. All of which raises the question: instead of harping on why we need to read Arendt now—or not—why not simply read Arendt?

If we do read Arendt, we are invited to enter a place of great personal and political risk that neither satisfies an urge for ideological certitude, nor accommodates a path of epistemic convenience. It is one thing—which has become quite fashionable—to fact check the veracity of statements made by prominent public figures. It is another thing all together—and all together less fashionable—to pursue each other patiently, and hold each other accountable to communicable truths that would compel more virtuous action. Both Thinking Without a Banister: Essays in Understanding, 1953–1975 (Schoken, 2018), and The Correspondence of Hannah Arendt and Gershom Scholem (University of Chicago Press, 2017), provide occasions for that pursuit and invitation.