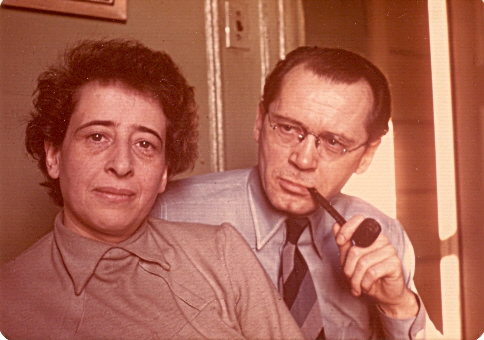 What We Are Reading:
Impotent Bigness

Matt McManus writes about a dimension of Hannah Arendt’s work that he believes is given short shrift: Arendt’s critique of bigness and of “political leaders who embody the traits of “impotent bigness,” as she framed it.” Bigness in politics for Arendt is a danger to freedom. It goes together with the rise of bureaucracy and centralized government. What bigness, bureaucracy and centralization all share is a disempowerment of citizens who are confronted with a government that is unmanageable and impervious to citizen dissent or reform. For McManus, the rise of bigness in government answers a need for modern society to amplify our collective power to remake the world.

As Arendt would observe in works such as The Human Condition, the systems and institutions we built to amplify our power gradually assumed such moral priority in the collective consciousness that they were almost unquestionable. Much like the religious precepts of old. Where once you could not criticize the power of nature or the will of God without looking like a fool, now anyone who questions the benefits of unbridled capitalism (and its corrosive influence on democracy) is told that this is simply the way it always has been—all the way back to the lobsters.

This is where the appeal of impotent bigness comes in for Arendt. In a modern (or, now post-modern setting), there are few figures more transfixing than those who wrap themselves in the trappings of unlimited power. They appear like the culmination of a centuries long effort to expunge human limitations and recreate reality as we wish. In 2004, when Karl Rove criticized the “reality based community” and insisted that—as an empire—the United States creates its own reality now, he succinctly reflected this ethos, while simultaneously exposing its profound limitations. As it turned out, even a global super-power was very subject to the reality principle. Outside of the fantasies of a few affluent old men on a little blue dot, most of us recognized that the capacity to blow up a small country signified little beyond satiating a lust for violence.

As Arendt knew well, this is the fundamental and dangerous impotence behind all such desires for bigness. At our worst, many of us respond to our sense of powerlessness before the systems we created by turning to charlatans, who promise complete protection from all danger and limitations. The snake oil solution is using violence—backed by prejudice—to recreate the world through expunging all its unwanted elements. The foreigners, intellectuals, refugees and so on, who seem to limit our power through their difference, are easy targets in this respect. As the social psychologist Erich Fromm pointed out in The Authoritarian Personality, echoing Arendt, for weak personalities the differences of other people seem like a fundamental restriction on our power. This is because their difference means they cannot be understood easily, and so they represent something beyond our easy control. At its peak, the weak personality becomes sadistic and masochistic in wanting to destroy the difference and freedom of all others since that becomes narcissistically interpreted as the single biggest barrier to our own freedom. The actual task of establishing a new world free of domination is never on the agenda. This is why the bigness assumed by Rove, Trump, and others is impotent. Impotent bigness uses empty violence to lash out against the vulnerable to compensate for its own utter inability to change the world in any meaningful way.