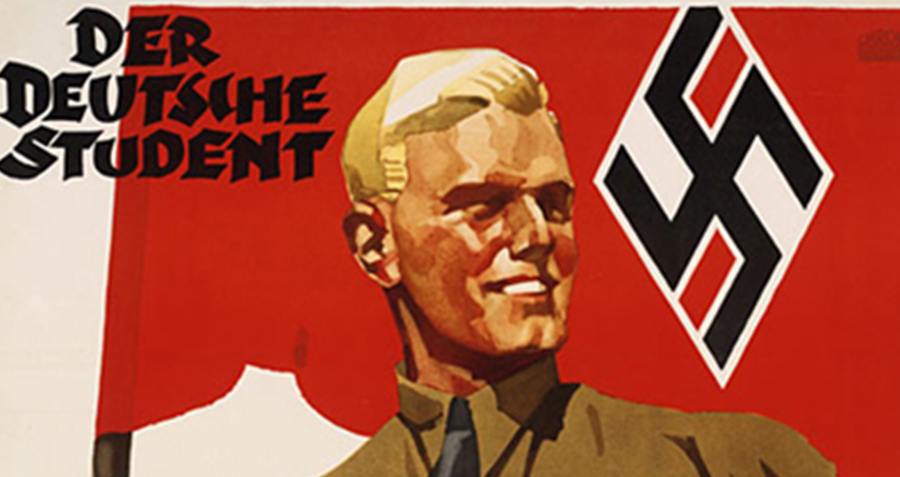 Echoing Hannah Arendt’s definition of ideology in The Origins of Totalitarianism, Timothy Snyder looks at Hitler’s use of propaganda within the context of our contemporary political situation. How are singular ideas transformed into ideological narratives that claim to explain away the ills of the world? Propaganda relies upon simple answers being produced for complicated questions. Snyder writes:

Hitler’s anti-Semitism produced a simple answer to every complicated question. Or, rather, it transformed questions about what might be best for Germans into a séance of mysterious forces that governed the world. A solution no longer meant effectively addressing a specific problem but the elimination of those mysterious forces, personified as Jews. For contemporary thinkers who considered Hitler a propagandist, such as Victor Klemperer and Hannah Arendt, the issue was not when he arrived at certain inner convictions but rather what the expression of Hitlerian propaganda did to public life.