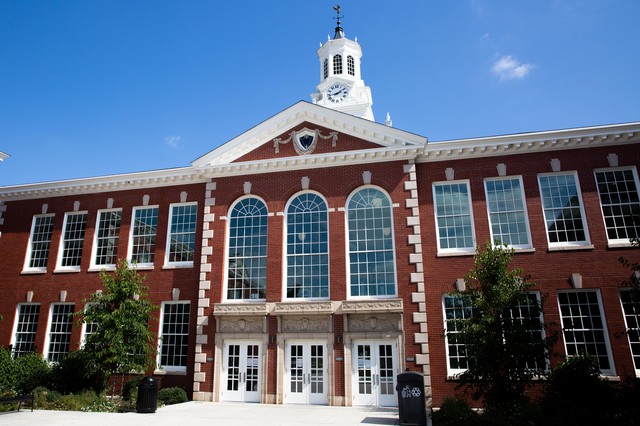 What We're Reading: The Firing Line

John McWhorter comments on the firing of Steven Wilson, formerly CEO of a group of charter schools in New York that serve primarily students of color. Wilson was fired after a petition circulated titled,  “Hold the CEO of Ascend Public Charter Schools Accountable for White Supremacist Rhetoric.”  What exactly was the “white supremacist rhetoric” that Wilson was guilty of? McWhorter writes:

In his blog post, Wilson makes a series of rather well-known points against progressive educational philosophy, familiar from E. D. Hirsch’s Cultural Literacy and Allan Bloom’s The Closing of the American Mind. Wilson decries how the pushback against traditional education, with its rote learning and culturally narrow range of perspectives, has often entailed a pendulum swing too far in the other direction, toward a gauzy “student-focused” approach that deemphasizes the authority of the teacher or, most disturbingly, the learning of facts.

Wilson’s problem is with people such as Rousseau and John Dewey and even Dwight D. Eisenhower, who espoused what Wilson considers anti-intellectual ideas about how and what children should learn. (These targets make for a distinctly odd assemblage in a blog post that Friends of Ascend has tarred as white supremacist.) Wilson also notes that some civil-rights advocates have taken a cue from this current in educational philosophy, and he takes a swipe at identity-obsessed activists. That is what got him fired—but it’s only the basis of utter misunderstanding.

Wilson also notes that in the past, some civil-rights activists wanted to relax scholastic requirements for poor black students. They supposed that the burdens of racism were so onerous that it was unreasonable to require “students of color to undertake demanding academic work,” and they suggested that schools stress visual and active learning over reading and discussion. The petitioners claim that this observation is “historically inaccurate.” But history backs Wilson up, and makes for odd reading from the vantage point of 2019. In 1987, for instance, the New York State Board of Regents distributed a booklet claiming that black kids prefer “inferential reasoning rather than deductive or inductive reasoning” and “show a tendency to approximate space, number and time instead of aiming for complete accuracy,” with the implication that this is an alternative “learning strategy.” Not only white leaders advanced this point of view. “I don’t see [the idea that black kids learn differently] as an issue of racism at all,” a black Regent said. “For the first time we’re saying maybe we haven’t been doing this right.”
Elsewhere, Wilson criticizes the idea that a focus on text is a kind of “white supremacy.” That may sound bizarre, but at a conference about “white supremacy culture” in education convened by the New York City schools chancellor Richard Carranza, attendees were shown a slide explaining that white-supremacist thinking includes “worship of the written word” and even “objectivity.” The petition quotes Wilson’s concern and then, with no argumentation whatsoever, flags him as “protecting white supremacy culture and a paternalistic orientation toward the work of social justice reform.”