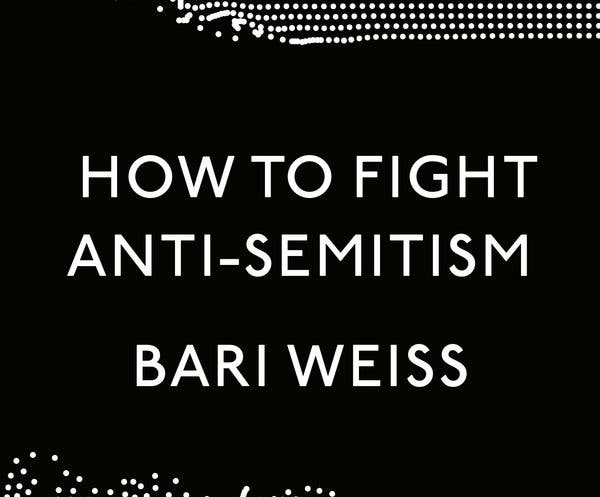 What We're Reading: The History of Antisemitism

Judith Butler reviewed Bari Weiss’s new book How to Fight Anti-Semitism for Jewish Currents. Butler’s book review is notable for a couple of reasons and worth reading whether one finds oneself politically closer to Butler or Weiss. The primary reason being: It’s rare to read a real book review these days that systematically works through the arguments in a text. Butler, a pro-BDS supporter, argues that Weiss lacks an historical understanding of antisemitism. She uses variations of the word passion several times to assert Weiss argues from a place of feeling instead of scholarship. This raises a question about who the work is intended for. Surely Weiss, a New York Times columnist, is not writing for an academic audience, but the common educated reader. Regardless, it is clear Jewish Currents brought in Butler to take the book apart. I think readers should judge for themselves.

Weiss regards Israel’s founding as a state based on Jewish political sovereignty as the end of a “clear line” that ran from biblical times through the aftermath of the Holocaust, spanning “two thousand years of history [which] have shown definitively that the Jewish people require a safe haven and an army.” The Holocaust, in other words, necessitated “the fulfillment of a biblical promise” to establish a homeland for the Jews in Palestine. And yet another line of history runs through and past the Naqba, a history that intersects with the story Weiss tells: state Zionism provided sanctuary for Jewish refugees even as it dispossessed more than 700,000 Palestinians from their homes, producing more refugees for whom there is no clear sanctuary. 1948 was a year in which multiple histories intersected. There is no one line of history. If we accept wholesale Weiss’s proposition that Israel exists and is therefore legitimate, then we are excused from asking too many historical questions about why it was established in the way that it was—on what legal terms, and at what price, and through the vanquishing of what alternative possibilities.