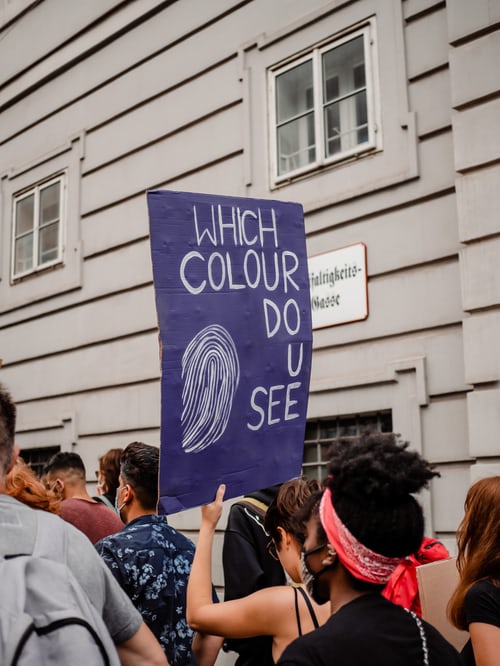 When Society is Not a Relation Among Persons

There is a stable essentialism to so much of the antiracist discourse we hear today. Whites are guilty. BIPOC or POC are victims. Jews and Asians are white. And yet depending on which poll one reads, hispanic and latino and latina voters this week broke for the Republican gubernatorial candidate in Virginia. One of the main issues is the teaching of race and sex in schools, and we are seeing many people of color and also many black, indigenous, people of color rebel against the essentialism of antiracist studies. It is craziness to ban the teaching of Critical Race Theory, as many states have done. But it is also bad pedagogy to make children feel guilty or victimized because of the color of their skin or their religion. Racialized pedagogy at some schools requires children to pick which affinity group they belong to and caucus with that group. It is one thing to teach students that racism is real and that race matters. But teaching students to see themselves first and foremost as members of a race or a religion runs counter to the fundamental humanist belief that we are a society of persons. As David Bromwich writes, parents of all races are rebelling against this poor pedagogy.

What goes on at those meetings? A civil-libertarian legal scholar, Professor Maimon Schwarzschild, who testified at the July 27 forum of the Orange County School Board in California, tells me that “a very considerable number of the parents who spoke against CRT-inflected ethnic studies in the public schools at this forum represented mixed-race or immigrant families. They were well-informed, and deeply and articulately alarmed at what they called divisive and racialist indoctrination—and psychological manipulation—of their children.” One of those parents asked: “Is [my son] privileged because he’s half-white? Or is he a victim because he’s half Persian and a minority?”

Doubtless, on the other side, there are well-meaning anti-racist parents who would like to raise their children as the Spartans did, parents who see their children as soldiers first of all—a front line of defense for a radical cause that is in need of perpetual vigilance. These parents have a great deal in common with evangelical Christians, but another resemblance ought to trouble us. “The central proposition of Fascism,” wrote Karl Polanyi in 1935, “is that society is not a relationship of persons.” Maybe the best one can now hope for is that the schools, having learned their lesson, will see the wisdom of inviting parents more cordially to share their own thoughts about public education. They might even help to set commonsense limits on the proselytizing contents of history and social studies. The worst one can say is that the public schools have begun to teach that society is not a relationship of persons