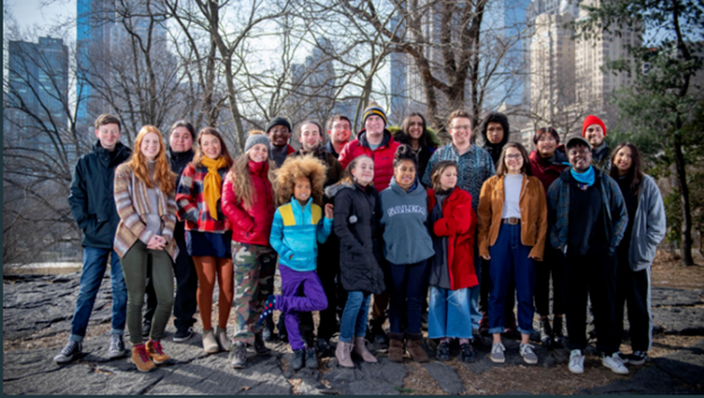 Roger Berkowitz
Wen Stephenson embraces Hannah Arendt’s rejection of collective guilt in order to argue that in thinking about climate change we should resist the idea that we are all equally guilty. Writing about a lawsuit brought by Our Children’s Trust that seeks to prove the specific guilt of government, Stephenson argues for a climate movement which recognizes shared responsibility, not guilt. He writes:

So it was immeasurably clarifying, an epiphany of sorts, when in 2015 a group of twenty-one young plaintiffs from around the United States—represented pro bono by attorneys with the nonprofit Our Children’s Trust and supported by top climate scientists, interfaith organizations, and legal experts—sued the federal government for its deliberate actions over the course of the past half-century, under every president and Congress since the Johnson administration, to promote and expand the national fossil-fuel energy system, thereby deepening and accelerating the climate crisis despite full knowledge of both the catastrophic consequences and of the existing alternatives at every step along the way, and thus violating the youth plaintiffs’ constitutional rights to “life, liberty, and property,” due process, and equal protection. As remedy, they asked the court to order the government to “cease their permitting, authorizing, and subsidizing of fossil fuels” and implement a “national plan so as to stabilize the climate system” for their generation and those to come.

You can read all about this case, known as Juliana v. United States, in the new book They Knew: The U.S. Federal Government’s Fifty-Year Role in Causing the Climate Crisis, by environmental elder statesman James Gustave (“Gus”) Speth, whose expert witness report was central to the plaintiffs’ evidence. Gus Speth has lived and breathed the history and politics of the climate issue in this country for the entire half-century in question. He chaired the White House Council on Environmental Quality (CEQ) under President Carter—where he oversaw some of the earliest government reports on climate science and policy—and led the UN Development Programme in the ’90s. He also cofounded two major green groups, the Natural Resources Defense Council (NRDC) and World Resources Institute (WRI), and is a fellow at the Democracy Collaborative and Tellus Institute. The book (with more than seventy pages of notes and references and a website where the sources can be accessed online) is both a thoroughly documented history and a painstaking indictment of the U.S. government’s knowledge and actions in a decades-long, bipartisan alliance with the fossil-fuel industry. Lest we forget, even Barack Obama—he who promised to slow the oceans’ rise and signed the vaunted Paris Agreement—boasted of an “all-of-the-above” energy strategy that could have been written by the carbon lobby, vastly expanding U.S. oil and gas production and exports to historic levels. He knew the house was burning—that children, his own children, were inside—and he sprayed fuel on the flames.