The Hannah Arendt Poetry and Philosophy Address invites a poet and a philosopher to engage in conversation about the place of poetry in a world increasingly defined by political and social strife, disorientation, and loneliness. Hannah Arendt has written that “the storehouse of memory is kept and watched over by the poets, whose business it is to find and make the words we live by.” For Arendt, poetry was what remained after the war, as a record of experience that could provide a sense of durability in the world, and as a form of thinking that could orient us away from the tyranny of ideology. Throughout her career the language of poetry remained at the heart of her political writing, and it is in this spirit that we invite a poet and a philosopher to talk together about the enduring and urgent significance of poetry in the world today.
FEATURED GUEST SPEAKERS

Fred Moten lives in New York and teaches in the Department of Performance Studies at New York University. His latest book is consent not to be a single being (Duke University Press, 2017, 2018). 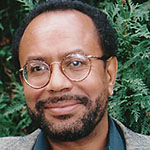 Robert Gooding-Williams is the M. Moran Weston / Black Alumni Council Professor of African-American Studies and Professor of Philosophy at Columbia University. He is the author of Zarathustra's Dionysian Modernism (Stanford, 2001), Look, a Negro! Philosophical Essays on Race, Culture, and Politics (Routledge, 2005), and In the Shadow of Du Bois: Afro-Modern Political Thought in America (Harvard, 2009).