Hosted by; Student-led Initiative Dorm Room Conversations, and the Hannah Arendt Center for Politics and Humanities at Bard College


Event Summary As an antidote to post-election polarization, join us for a Public Living Room Conversation reaching across raw political and ethical divides. Diving into oppositional terrain, six panelists with different viewpoints will explore the what unites us, the dreams we all share for our families, communities, and world. Immediately afterwards, you are invited to have your own “Living Room Conversation,” with other event attendees. Names are flying. “Racist, sexist, homophobe, and Nazi;” these words have lost their power for many conservatives, who are confident these words don't describe them. “Elitist, politically correct, latte-drinking liberal, and snowflake;” these are words used to dismiss and discredit people on the left. Is there a chance that what we want for ourselves and our country is not as different as we think? Is there a way for us to get "beyond the enemy reflex”? Instead of shutting down and demonizing those we disagree with, how do we reach across the divide? As long as we talk about each other and not with each other, we will never know.

That’s why it’s critical for everyone to take on the challenge of building bridges of understanding, to act like a first responder who goes toward “the other” with openness and respect—listening to, not reviling, those with opposing viewpoints. While this kind of dialog will probably not—and should not—change minds on issues, it can transform our understanding of those who hold views other than our own. In doing so, it can open a path towards the difficult and necessary work of discovering those common truths we share as a political community.

[Moderator] Ralph Benko is an internationally syndicated political columnist, and member of the Conservative Action Project. Ralph is editor-in-chief of The Supply Side, and, with Charles Kadlec, author of The 21st Century Gold Standard: For Prosperity, Security, and Liberty, and lead co-editor of the Laissez Faire Books edition of Copernicus's Essay on Money. Ralph  wrote The Websters' Dictionary: how to use the Web to transform the world, which won the Trophée du choix des Internauts from the World e-Democracy Forum, 2010, Paris, France. Ralph was the editor of The Lehrman Institute's gold standard website, for which he was nominated as nonprofit blogger of the year in 2014 by the National Bloggers Club. Ralph was detailed as a deputy general counsel in the Reagan White House; founded the Prosperity Caucus; and was a member of the original Supply Side movement of which Jack Kemp was principal.  Washington Post Magazine columnist Gene Weingarten called him "the second most conservative man in the world." Read his most recent Huffington Post article, here. Follow him, if you dare, on Twitter @TheWebster. [Moderator] Roger Berkowitz has been teaching political theory, legal thought, and human rights at Bard College since 2005. He is the academic director of the Hannah Arendt Center for Politics and Humanities at Bard College. He is an interdisciplinary scholar, teacher, and writer. His interests stretch from Greek and German philosophy to legal history and from the history of science to images of justice in film and literature. He is the author of The Gift of Science: Leibniz and the Modern Legal Tradition; coeditor of Thinking in Dark Times: Hannah Arendt on Ethics and Politics; editor of Revenge and Justice, a special issue of Law, Culture, and the Humanities; and a contributing editor toRechtsgeschichte. His essays have appeared in numerous academic journals. Roger Berkowitz received his B.A. from Amherst College; J.D. from Boalt Hall School of Law, University of California, Berkeley; and Ph.D. from UC Berkeley.

Annie Seaton founded and directs the Difference and Media Project at Bard, where she also teaches in the Human Rights Department. Annie’s artwork has appeared in the 2014 Whitney Biennial and in museums and galleries nationally and internationally; and she was a teaching artist in residence at the Witte de With museum in Rotterdam in 2015. She’s currently working on a book-length project, “Race and the Pastoral.” Annie’s recent talks on “Race and the Pastoral” took place at the University of Pennsylvania, the CUNY Graduate Center, and the University of Pittsburgh. Annie did her PhD at Harvard University as a Mellon Fellow and a Graduate Prize Fellow, and her post-doctoral work at Brown’s Pembroke Center on Aesthetics, Politics, and Difference. At Wellesley College, where she worked with the poet Frank Bidart, Annie was a two-time undergraduate Academy of American Poets Prize winner. 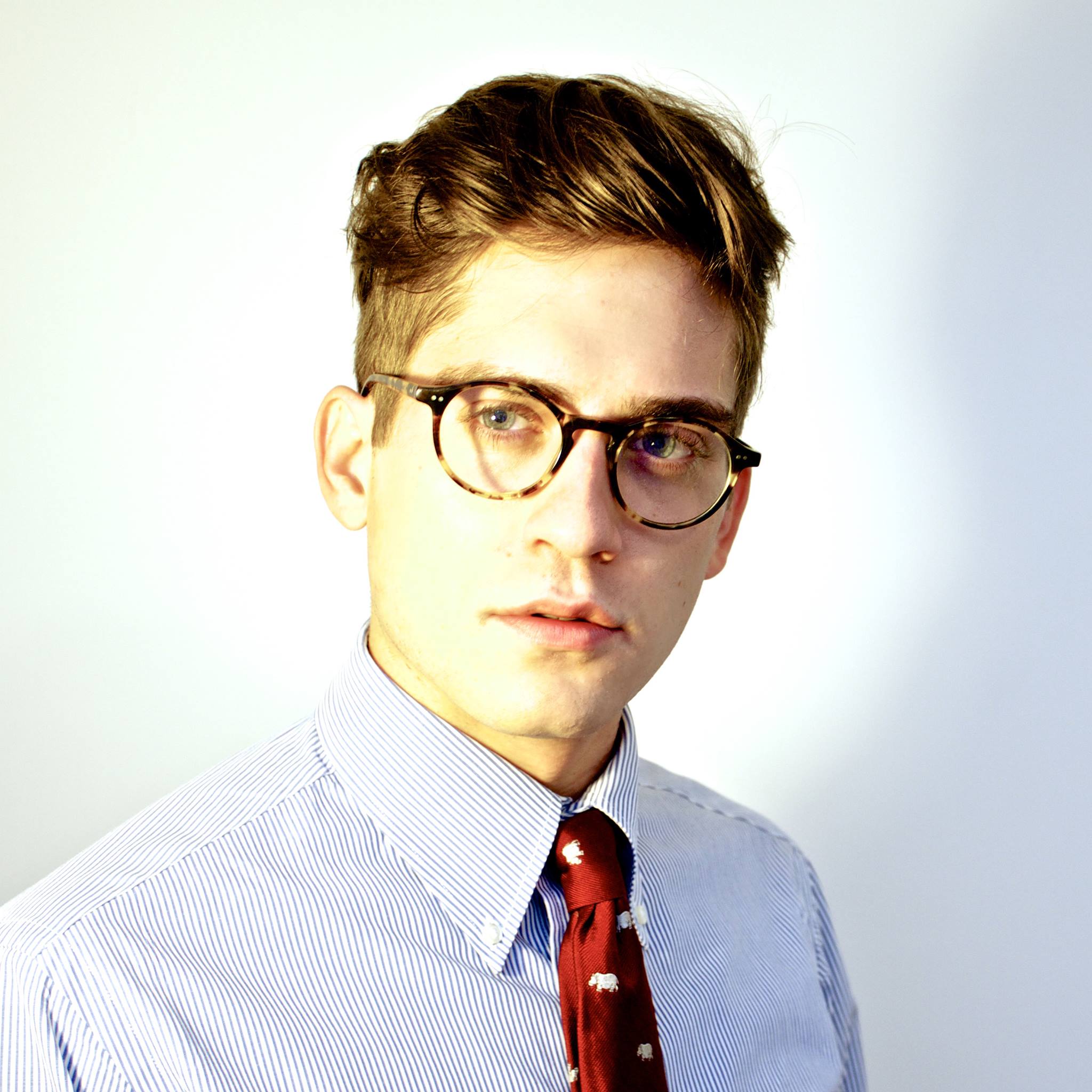 Lucian Wintrich is an American political artist, commentator, and the current White House correspondent for Gateway Pundit. In October 2016, he was the curator of the first conservative art show in America, where he collaborated with Milo Yiannopoulos, Martin Shkreli, and Gavin McInnes. His controversial photo series “Twinks4Trump” initially gained Wintrich national attention after he exhibited the series at the Republican National Convention. Wintrich received his B.A. from Bard College where he majored in political science, after he was barred from the film department. His current articles and writings are available on thegatewaypundit.comand lucianwintrich.com.

Ethan Quinones is from Troy, NY and attended Troy High School. He is currently working on his BA from Bard in political studies and would like to attend law school in the future. HIs academic interests include Hannah Arendt, politics, philosophy, and morality.

Kevin Barbosa is a Political Studies major from Queens, NY. Kevin is a member of the Bard Swim Team, BRAVE, and the Bard Law Society. He sits on the Multicultural Diversity Committee, the Socially Responsible Investment Committee, and the Bias Incident Campus Response Team. Kevin worked as a CCE Engagement intern in 2016 before becoming a media fellow in the 100 Days Initiative. Next year, Kevin will serve as Speaker of the Student Body.

Clark Hamel is a senior sociology major who has just finished their senior project, entitled "Facebook, Twitter, Gender: How Social Media Allows for Fragmentation of the Self in the Digitally Native Millennial."  They have spent their years at Bard working with the Student Labor Dialogue, helping to engage students with workers rights, as well as three years as the head of the Root Cellar, one of Bard's music venues on campus. Post-grad, they will be moving to New York City to work in both social justice and music, either together or separately. They have been active in the Queer and Trans community at Bard all four years, and hope to continue to work on LGBTQ issues after Bard.

Please enjoy the video below from the last public Living Room Conversation hosted by the Hannah Arendt Center, Fall 2016.

In today’s world, we often find ourselves unable to connect with people of differing perspectives. Not understanding each other has led to dehumanizing others in a way that is detrimental to our society as a whole. This has led to our increased polarization and political gridlock.

Living Room Conversations are a simple way that anyone with an open mind can engage with their friends in a friendly yet meaningful conversation about topics we care about. These conversations increase understanding, reveal common ground and allow us to discuss possible solutions. No fancy event or skilled facilitator is needed. When people of all walks of life begin to care about one another, they can begin working together to solve the wicked problems of our time.

In late 2010, Joan Blades partnered with dialogue experts to create a structured, intimate conversation format that would empower everyday citizens to discuss important issues with friends of differing political affiliations and backgrounds. The theory was that if two friends with different points of view, each invited two friends to join a conversation, with full disclosure about the intent and structure of the conversation, they could create a safe space for a respectful and meaningful exchange of ideas, develop new relationships and perhaps find common ground. This was the Living Room Conversations pilot project.