The Hannah Arendt Center for Politics and Humanities at Bard College, Living Room Conversations, and the Hannah Arendt Center's new student-led initiative, Dorm Room Conversations, are co-sponsoring a public conversation between two supporters of Donald Trump and two supporters of Hillary Clinton facilitated by two moderators. The conversation will not be a debate, but an attempt to understand each other and hear why it is that the participants feel so strongly that their candidate could be a political savior and their adversary a force for political destruction.


Watch the entire conversation below

The American Dream has two essential components: prosperity and justice for all. Donald Trump has attracted a broad following for his promises to restore prosperity. He also has become a lightning rod for hostility both from the left and the right. Hillary Clinton has attracted a broad following for her promises to restore economic justice. She also has many fierce detractors from the right and also from the democratic socialist left. Both candidates have extraordinary high unpopularity ratings. The political discourse has produced exceptionally intense vitriol from the candidates, their campaigns, their proxies and their partisans greatly amplified by the media.

The result is a deepening of our partisan divide. No longer are those who disagree seen as political rivals; they are increasingly seen as bad people, dangerous to the future of the country. Is that true? Or are there those on both sides of the debate who are good people with strong convictions about what is needed to improve and preserve the American experiment in constitutional, representative democratic, governance?

The discussants include: Moderators: Ralph Benko and Roger Berkowitz. Panelists: Deborah Dooley (Pro Trump), Rivka Galchen (Pro Clinton), Larry Kudlow (Pro Trump), and Walter Russell Mead (Pro Clinton) and Kevin Duong (Pro Clinton).  A Q&A session will follow the discussion. We hope you're available to join us for this exciting event!
Time: 7pm
Date: Wednesday, November 2
Location: MPR, Campus Center at Bard
Free & Open to the Public
R.s.v.p. not required
About Dorm Room Conversations: The Dorm Room Conversation (DRC) initiative hopes to promote what many people came to Bard for in the first place--having difficult conversations about difficult topics. In recent years, these difficult conversations have become harder and harder to have and dissent from the status quo- whether it be Bard College or Liberty University- has become taboo. This trend has led many people to exit the realm of political discussion altogether, rather than face ostracization or exclusion. DRC will host small group discussions in which we invite people who disagree about specific questions or issues to come together to hold intimate conversations. These conversations follow a five step format that make encountering, listening to, and talking with people one disagrees with easier. Here is how it works. The key to a Dorm Room Conversation is selecting two “hosts” who disagree about a particular topic, anything from race relations, Title IX, or the presidential election. Each host then invites two friends to form a conversation group of 6 people with divergent opinions. If you would like to become involved, email [email protected]

Ralph Benko is an internationally syndicated political columnist, and member of the Conservative Action Project. Ralph is editor-in-chief of The Supply Side, and, with Charles Kadlec, author of The 21st Century Gold Standard: For Prosperity, Security, and Liberty, and lead co-editor of the Laissez Faire Books edition of Copernicus's Essay on Money. Ralph  wrote The Websters' Dictionary: how to use the Web to transform the world, which won the Trophée du choix des Internauts from the World e-Democracy Forum, 2010, Paris, France. Ralph was the editor of The Lehrman Institute's gold standard website, for which he was nominated as nonprofit blogger of the year in 2014 by the National Bloggers Club. Ralph was detailed as a deputy general counsel in the Reagan White House; founded the Prosperity Caucus; and was a member of the original Supply Side movement of which Jack Kemp was principal.  Washington Post Magazine columnist Gene Weingarten called him "the second most conservative man in the world." Follow him, if you dare, on Twitter @TheWebster.

Debbie Dooley has been a grassroots activist since 1976 fighting for conservative values and has been actively involved as a volunteer in over 40 political campaigns and grassroots initiatives.  She has been twice elected a delegate to the Republican National Convention. Dooley is one of the 22 national founders of the tea party movement.  She co-founded Atlanta Tea Party in February of 2009, along with Amy Kremer and Jenny Beth Martin. She has served on the Board of Directors of Tea Party Patriots since October of 2009. She was one of the speakers at the 9-12-2009 March on D.C. and served as Georgia Coordinator for FreedomWorks in 2009. Dooley formed both Green Tea Coalition and Conservatives for Energy Freedom as vehicles to fight for free market principles in energy and true energy choice. She believes in removing the government erected barriers of monopolies that prohibit true free market choice. Dooley believes when it comes to energy, we need to be deregulating – not regulating. Debbie has appeared numerous times on national print and television media outlets including The New Yorker, Wall Street Journal, Bloomberg, Forbes, Fox News, MSNBC, L.A. Times, N.Y. Times, U.K. Guardian, and other international publications. Her work with solar choice has been featured in several documentaries. Debbie currently resides in Buford, Georgia. Her proudest accomplishment is being a grandmother to 7-year-old grandson Ayden.

Lawrence Kudlow is CNBC’s Senior Contributor and the former host of CNBC’s primetime “The Kudlow Report”. He is also the host of “The Larry Kudlow Show”, which broadcasts each Saturday from 10 a.m. – 1 p.m. on WABC Radio and is syndicated nationally by Cumulus Media. Mr. Kudlow is a nationally syndicated columnist. He is a contributing editor of National Review magazine, as well as a columnist and economics editor for National Review Online. He is the author of "American Abundance: The New Economic and Moral Prosperity," published by Forbes in January 1998. “JFK and the Reagan Revolution” will be released September 6, 2016. During President Reagan’s first term, Mr. Kudlow was the associate director for economics and planning, Office of Management and Budget, Executive Office of the President, where he was engaged in the development of the administration’s economic and budget policy. He is the recipient of numerous awards, including Extraordinary Commitment Award from St. Patrick’s Church of Redding, CT; Bishop’s Humanitarian Award from the Catholic Charities of Brooklyn and Queens; Humanitarian Award from Pregnancy Care Center of New Rochelle, NY; Distinguished Communicator Award from the Brooklyn Diocese; Ambassadors for Mission Award from the Pontifical Mission Societies of the United States. In addition, Mr. Kudlow received the Spirit Award from Hazelden Foundation of Center City, MN; Exemplary Achievement Award from Covenant House of New York; Ethical Angel Award from the Guardian Angels of New York; the Reagan Great Communicator Award from the New York Young Republicans Club; Discovery Award from Sacred Heart University; Visionary Award from Council for Economic Education; Community Recognition Award from Positive Directions; Reflection Award from Good Counsel. Mr. Kudlow received an honorary degree (Doctor of Laws) from Monmouth University in West Long Branch, NJ in 2009. He is presently on the Board of Directors of Hazelden New York, Catholic Cluster School of the Diocese of Bridgeport, CT, and a former Fordham University Board of Trustees member. Mr. Kudlow is CEO of Kudlow & Co., LLC, an economic research firm.  His blog, “Money Politics”, can be found at www.kudlow.com. He was formerly chief economist and senior managing director of Bear Stearns & Company. Mr. Kudlow started his professional career at the Federal Reserve Bank of New York where he worked in open market operations and bank supervision. Mr. Kudlow was educated at the University of Rochester and Princeton University’s Woodrow Wilson School of Public and International Affairs.

Walter Russell Mead is the James Clarke Chace Professor of Foreign Affairs and the Humanities at Bard College, the Distinguished Scholar in American Strategy and Statesmanship for the Hudson Institute, and the Editor-at-Large for The American Interest, where he directs the popular Via Meadia blog. He previously served as the Henry A. Kissinger Senior Fellow for U.S. Foreign Policy at the Council on Foreign Relations. The author of God and Gold: Britain, America, and the Making of the Modern World (2008), Professor Mead is a frequent contributor to the Wall Street Journaland the United States book reviewer for Foreign Affairs. His next book, The Arc of a Covenant: The United States, Israel, and the Fate of the Jewish People, will be published by Knopf in early 2017. 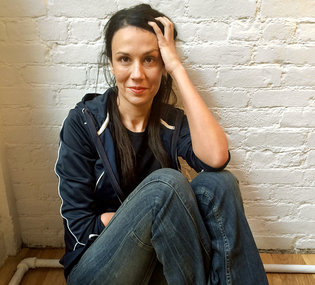 Rivka Galchen is the prize-winning author of the novel “Atmospheric Disturbances,” the short story collection “American Innovations” and the miscellany on mothering and literature, “Little Labors.” A frequent contributor of fiction and essays to The New Yorker, Harper’s Magazine, and The London Review of Books; she is also a regular columnist for the Book Review of The New York Times. Her work has been widely translated and she was named by The New Yorker as one of 20 Writers Under 40.

Roger Berkowitz B.A., Amherst College; J.D., Boalt Hall School of Law, University of California, Berkeley; Ph.D., UC Berkeley. Author, The Gift of Science: Leibniz and the Modern Legal Tradition, an account of how the rise of science has led to the divorce of law and justice (Harvard, 2005). Editor, Revenge and Justice, a special issue of Law, Culture, and the Humanities (2005); contributing editor, Rechtsgeschichte. Articles in Yale Journal of Law and Humanities, Journal of Politics, Cardozo Law Review, New Nietzsche Studies, Rechtshistorisches Journal, others. At Bard since 2005.

​Kevin Duong is an assistant professor at Bard College, where he teaches political theory.

Watch the video below to learm more about Living Room Conversations.