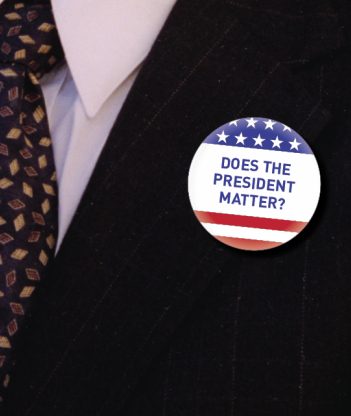 FOR OUR SECOND ANNUAL THINKING CHALLENGE

WE CHALLENGE YOU TO ANSWER THE QUESTION,

"HOW MIGHT THE PRESIDENT MATTER IN THE 21st CENTURY?" DOES THE PRESIDENT MATTER?

A CONFERENCE ON THE AMERICAN AGE OF POLITICAL DISREPAIR

READ ABOUT THE INSPIRATION FOR THIS CHALLENGE HERE.

LEARN MORE ABOUT THE CONFERENCE HERE.

BECOME A MEMBER OF THE HANNAH ARENDT CENTER HERE.

Submit a 1,500 word (maximum) multi-media blog post (must include images or links to video or music),  five minute video, or multi-media piece which addresses the question, "How might the president matter in the 21st century?"

Winning entries will address the following questions: How does the President matter when political lies as well as political truths are no longer compelling? In what sense can we still talk about political leadership when the pillars of truth are seen to be meaningless trivialities? Where will real, unifying political action come from? Where might we find leaders who, in the words of David Foster Wallace, “help us overcome the limitations of our own individual laziness and selfishness and weakness and fear and get us to do better, harder things than we can get ourselves to do on our own”? What, in other words, would it mean for a president to matter?

Submissions should be sent to [email protected]

We will choose five winners:

**One high school student from outside the U.S.

**The strongest submission which meets the eligibility requirements.

All five winners will receive $500,  an Arendt Center Award for Excellence in Political Thinking, and a copy of the newly released The IDEA Guide to the 2012 US Presidential Debates.

The two  college student winners will be featured on a panel at our fifth annual conference on September 21-22, 2012 (domestic travel and lodging included.)

The  winning submissions will be featured on the Conference website as well as on the IDEA website.

Qualifying entries will be posted on the Arendt Center blog.