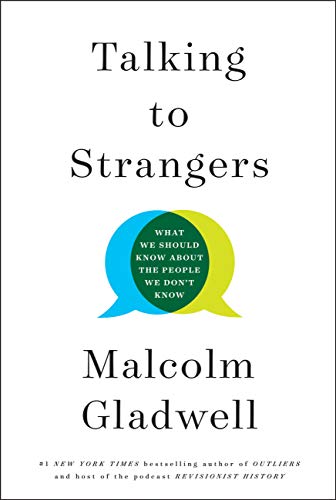 On the eve of the Hannah Arendt Center’s Conference Racism and Antisemitism, it is worth thinking about Malcolm Gladwell’s new book Talking To Strangers. Gladwell seeks to understand what happened to Sandra Bland that led to her hanging in a Texas prison. It is known that Bland was pulled over in the Prairie View, Texas by officer Brian Encinia. Bland, a mid-twenties black woman,  had failed to signal before changing lanes. The interaction between Encinia and Bland devolved. Bland refused to comply with several of Encinia’s orders and insisted on her rights not to do so. After Bland got out of her car, another officer physically restrained her and Bland resisted; she was then arrested and charged with assault. She was found three days later hanged while in police custody.

In an interview about the book, Pappademas objects that Gladwell looks to complicate the interaction and move beyond questions of race in trying to understand why a simple traffic stop led to Bland’s death. For Pappademas, the Bland case is simply about racism and racist police. Gladwell wants to dig further. Of course race was involved, he affirms. But if we content ourselves with blaming racism for such acts there is little to do except extinguish racism, something that is most likely a fantasy in the future. For Gladwell, we need to ask what we can do to make the world better and safer for black persons. And that may be looking past the question of racism.

Pappademas: When you look at a case like Sandra Bland’s and ask what happened, you’re asking a question that many people think they already know the answer to — that this was a pretty cut-and-dried case, and that her death was the result, indirect or not, of racist policing.

P: I guess it’s just hard to not see this as a story about how the cops can ruin your life if they decide to, and there’s not a whole lot you can do about it.

G: But you can! You can do something about it, in the sense that you can change the philosophy of policing. I mean, David Weisburd [a criminologist whose theory of “hot-spot policing,” Gladwell argues, has been misapplied by law enforcement] did do a roadmap into what you can do about it. You can address the core issue, which is [the police] don’t understand how and why crime occurs and where it occurs, and they have not addressed that in their policing strategy accordingly. So there’s a way to approach this on a policy level that actually could make a tremendous difference. If we have chosen not to take that way, then that’s an error. But if your answer is simply “We need to make sure cops aren’t racist,” you tell me how well that works.

G: Good luck. Right. Um. The whole thing is deeply depressing, and I’m looking — I try very hard in the book to find the little bright spots, a window of opportunity. And I understand that not everyone is as convinced as I am that there is a window of opportunity, but that’s fine. I mean, that’s the nature of writing a book. You know?

P: I guess the criticism is that whether or not it’s an interesting thought experiment, analyzing a traffic-stop situation like this one without factoring in racism is like trying to do physics while pretending gravity doesn’t exist. Like it’s the force that defines everything that happens.

G: I don’t think — I’m not saying race is irrelevant. I’m saying that race isn’t useful. It’s absolutely racial in a million different dimensions, but I’m interested in preventing the next one. I’m just saying here’s a different way to think about these things. But I’m not denying racism. I mean, are you kidding me? If Sandra Bland is a 60-year-old white woman in a Cadillac, she’s alive today, right? There’s just no question about that.