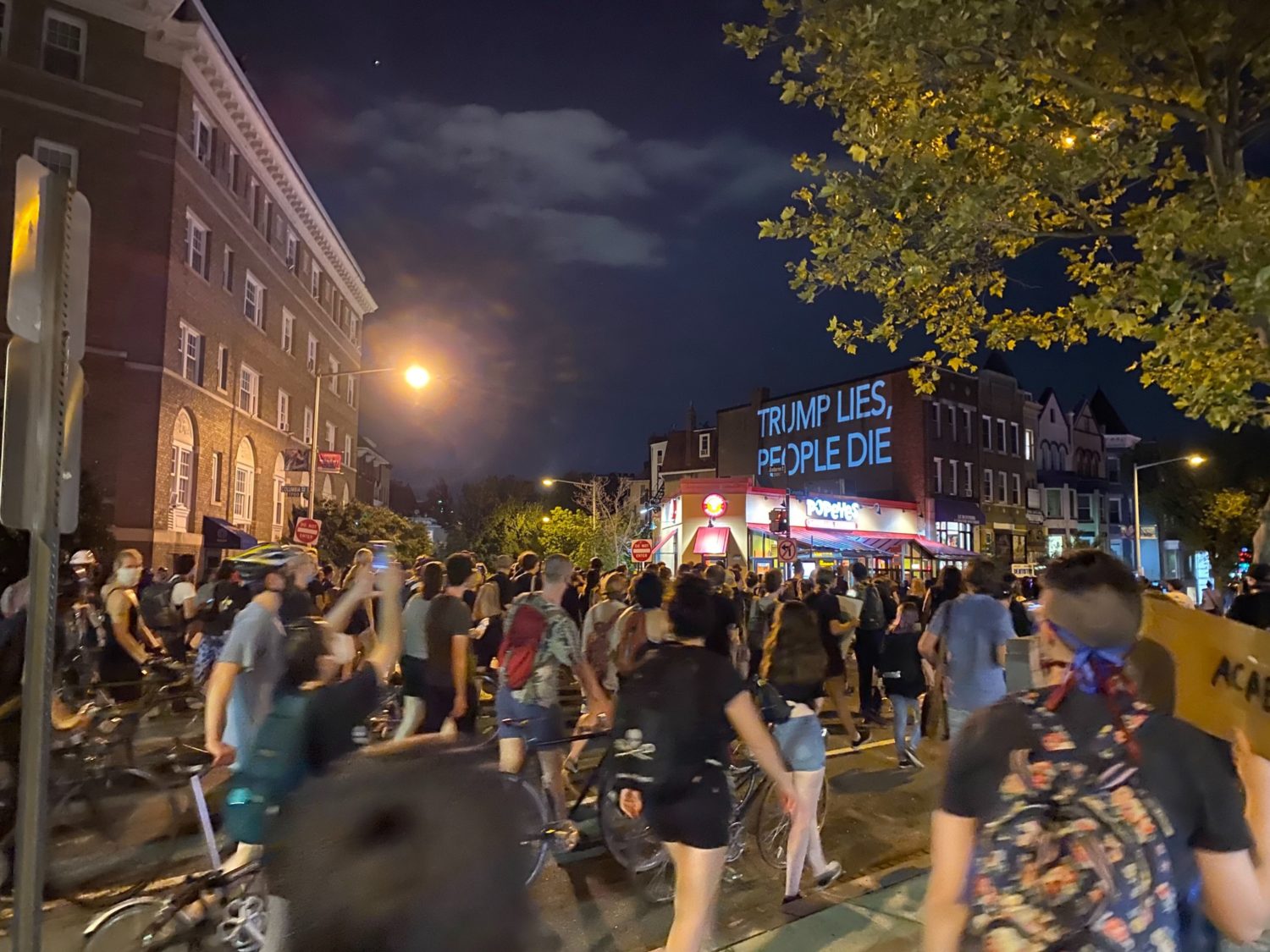 Jacob Blake was shot seven times in the back by three police officers as he was reaching into his car with his three children in the back seat. All cautionary rhetoric aside—we don't know the full story, he may have been reaching for a weapon, he was clearly not listening to the police—one fact is not in dispute to anyone watching the video of the attempted murder: Jacob Blake did not deserve to be shot seven times from behind and paralyzed.

Once again, we are witness to police using overwhelming and unjustified mortal force against a black man. Police have a dangerous and difficult job. There are good and well-meaning police who strive to protect and serve. And yet, again and again, we see that to be a black man in America today is to be subjected to biases and fears that that lead to unjust and deadly discriminatory abuses of power by heavily armed and woefully under-trained police forces. The consistent danger experienced by black Americans is not only physically dangerous; it is emotionally traumatic and can have untold and still poorly understand impacts. Our cultural perception of dangerous black men is dehumanizing and destructive. This needs to change.

Protests in Kenosha, Wisconsin and around the country have demanded change. Such protest is important, constitutional, and politically meaningful. The protesters are united not only by their interest in the safety and security or even dignity of black Americans. There is also in the protests a political opinion: rogue policing, magnified by conscious or unconscious racism, combined with longstanding social inequalities, have made it dangerous and ruinous to be a black person in the United States today.  It is a political opinion that these indignities and inequalities can and must change—now.

As I wrote a few months ago about the protests after the murder of George Floyd, "The protesters have made the decision, as Arendt wrote in words that speak to this new moment, “to take a stand against the government’s policies even if they have reason to assume that these policies are backed by the majority; their concerted action springs from an agreement with each other, and it is this agreement that lends credence and conviction to their opinion, no matter how they may originally have arrived at it.” By risking their lives—both in the face of police violence and the coronavirus—these civil disobedients are engaging in the kind of courageous political action that Hannah Arendt so valued. What is going on is neither protest nor riot: it is a mobilization of political action through civil disobedience, and it is unfolding on a scale not seen in my lifetime."

And yet, there are some elements of the protests that are exhibiting what can only be called criminal and mob behavior. Looting and vandalism of private and government property are not acts of political civil disobedience; civil disobedience, as both Gandhi and Martin Luther King Jr. understood, must be in some regards civil. That doesn't mean it can't be confrontational. It can. But wanton acts of destruction and assailing diners at restaurants for eating rather than protesting is not civil disobedience so much as it is mob behavior.

It is also the case that mob behavior by some impersonating civil disobedients is, in part, a reaction to the normalization of mob behavior throughout the country, above all by the President of the United States. When people drive cars into protesters in Charlottesville and shoot protesters as a young mobster did this week in Kenosha, Wisconsin, they turn the struggle over power into criminality. It is a clear strategy of the President now to encourage mob behavior by so-called protesters as part of a way to support his re-election. What we see playing out in the United States at this moment is the rise of various mobs. Mobs are having their moment.

In thinking about mobs, Hannah Arendt understood that mobs are comprised not of any one class but of "the déclassés of all classes." Mobs are not "the people". They are "a caricature of the people" that can claim to represent the people because the "mob is primarily a group in which the residue of all classes are represented. This makes it so easy to mistake the mob for the people, which also comprises all strata of society." The mistake so many people make is to think that the mob, as the people, is a result of successful propaganda. But what Arendt sees is that the mob is a result of the failure of propaganda to convince the people of some ideology.

In Nazi Europe in the 1930s, the rise of the mob was a response of the inability of the Nazis, at least at first, to convince the people that Jews were the cause of all ills. The mob claimed that the Jews were a mob, people who threatened the security of society. And against the purported threat of a Jewish cabal, the rise of the Nazi mob was based not upon popular opinion about Jews so much as an embrace of public criminality. The mob became powerful, Arendt argues, because of "the assumption that a society which had shown its willingness to incorporate crime in the form of vice into its very structure would by now be ready to cleanse itself of viciousness by openly admitting criminals and by publicly committing crimes." In other words, the power of the mob is based in the normalization of criminality as a way of addressing perceived threats.

For Arendt, "There can be no doubt that in the eyes of the mob the Jews came to serve as an object lesson for all the things they detested." This is the logic of the mob: to unite and embrace extra-legal criminal means to fight a perceived threat that is so dangerous as to justify a quasi-criminal response.

Similarly today, we see the logic of the mob at play. President Trump and many of his most mob-like supporters hate society, and they point to the way that black men, perceived criminals, Jews, and minorities in general are tolerated by society. They disdain government and they point to the way that blacks and minorities are protected by the state. They feel disenfranchised and excluded from cultural and political positions of power. The mob, "excluded as it is from society and political representation, ... turns of necessity to extraparliamentary action.... For the mob hates society from which it is excluded, as well as Parliament where it is not represented."

Arendt's point is that the rise of mobs does not aim to remedy their disenfranchisement with more democracy. "While the people in all great revolutions fight for true representation, the mob always will shout for the 'strong man,' the 'great leader.'" What mobs want is not political representation and democracy, but power through the embrace of criminal means to exclude and repress groups they see as vying for power. The rise of mobs takes place amidst a struggle for social, cultural, and political power.

In our current moment of political struggle over power, mobs are forming on all sides. The difference, however, is that the right-wing mobs have a leader, a strong man, who understands and revels in the use of quasi-legal and quasi-criminal means to gain and preserve power. If this election descends into a battle between two mobs, the chances are that the President will win because he is more comfortable and conversant in the language of the mob than Vice-President Biden. The President wants a battle of the mobs. At the Republican Convention this week, the election is being presented as one in which the President is the last strongman who can resist the logic of the leftist mob. The challenge for those who oppose him is to resist the logic of mob behavior and focus, instead, on a politics of persuasion, protest, and civil disobedience.