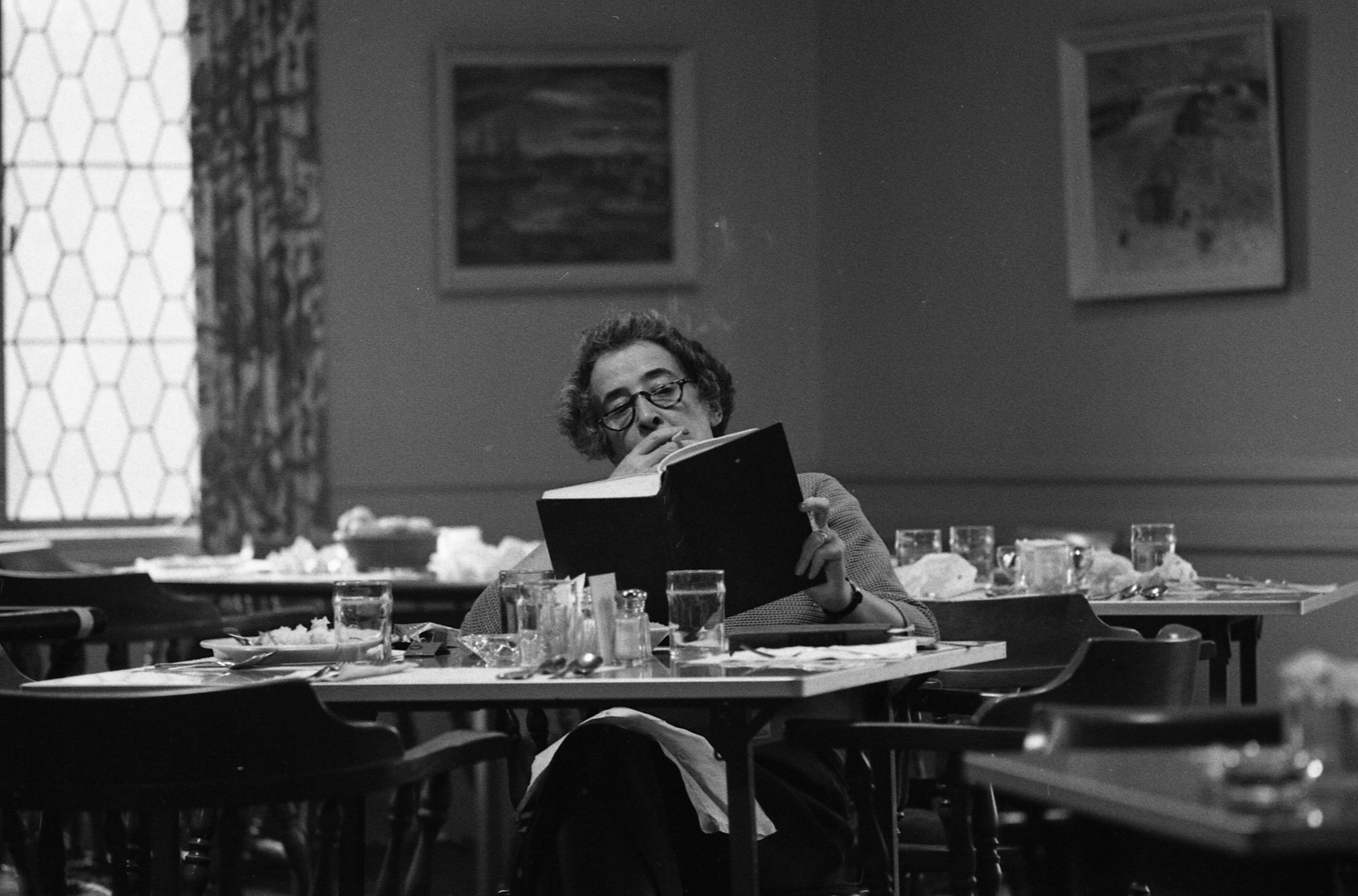 The Flight from Reality

Last week I linked to an essay by Felix Heidenreich questioning Arendt’s mythic status in Germany. This week Rebecca Panovka publishes an essay arguing that “Hannah Arendt’s fans misread the post-truth presidency.” Panovka, who clearly counts herself one of Arendt’s ardent readers, begins by noting Arendt’s well-known disdain for the famously picayune fact-checkers at The New Yorker, a practice that she once described in a letter to Mary McCarthy as “phony scientificality.” Arendt’s point to McCarthy is that the effort at absolute precision collides with the complexity of the world. Making sure that the correct page number or publication year of a book is accurate, or asking whether it was factually accurate that the leaders of the Jewish Councils could have done more to save Jews during the war (whatever that might mean) does not lead to any meaningful gain in the truth of an argument. Fact checking in this sense offers the illusion of truth without actually engaging the question of truth. And Panovka’s point in recalling Arendt’s irritation with fact-checking is to cast doubt on the use made of her work in calling out the lies told by the former President. Yes, President Trump told lies. But all presidents and all politicians (not to mention all people) lie. That lying is part of politics is actually one of Arendt’s basic insights. To enlist Arendt in condemning Trump’s lies not only cheapens Arendt’s own insights into the relation between lying and politics. It also, Panovka writes, occludes another way that Arendt is helpful in understanding our political world: “as a reminder to look beyond Trump and his outlandish and constantly fact-checked distortions, and to think more carefully about the long-standing tradition of lies in American politics.”
Another problem with much recent work on Arendt and Trump is the claim or implication that Trump is a totalitarian or a proto-totalitarian. To turn to Arendt’s work on totalitarianism to understand Trumpism is counter to Arendt’s own advice not to seek to understand the novelty of the present by analogy to the past. Panovka is right to argue, as many of us have for the last five years, that it is a mistake to think of President Trump as a totalitarian politician. It is necessary, instead, to seek to understand the Trump phenomenon on its own terms, and in that attempt Arendt’s work is incredibly useful. Indeed, simply by showing the ways that Trump was not and is not totalitarian in the way Arendt understood it is a first step in freeing ourselves from the past to look afresh upon the present. Panovka writes that we should see Trump for what he is: someone who spews “boardroom bullshit”; someone who rants at the press but does not dismantle the free press; and someone who talks a big game but recoils from actually encouraging violence. Some will want to push back on this last point and argue that Trump’s delegitimization of the 2020 election and his encouragement and even incitement of his followers to “stop the steal” bled into an embrace of violence and insurrection. But Panovka is not wrong when she writes, “On January 6, there was no serviceable plan because Trump never made the defining totalitarian effort to bend reality to his fictional world. His lies never progressed beyond the singular goal of saving face.” Which is why we at the Arendt Center have resisted the claim to label Trump a totalitarian and invoked Arendt to think originally about what Trump means in our time.

If Panovka is right to point us beyond simplistic analogies between Trump and totalitarianism, she is also right to suggest that Arendt’s deeper analysis of what Arendt calls the “elements of totalitarianism” can indeed shed light on our present predicaments. One Arendtian element Panovka overlooks is the rise of movements and she would have done well to think about Trump as the leader of a movement, even if it is not a totalitarian movement. What the Arendtian focus on movements illuminates is the way that lonely and atomized individuals are mobilized into action by the promise of a coherent fictional world that is more attractive to them than the real world. Movements need not be totalitarian, but in a world of competing movements there is a threat to the effort to build what Arendt calls a common world. The willful rejection of a shared reality in movements is something that Arendt is alert to throughout her writing and it is something that Panovka herself rightly, albeit indirectly, emphasizes in her reading of Arendt’s essays “Truth and Politics” and “Lying in Politics.”  Panovka writes:

In Origins, Arendt asserted that totalitarian governments replaced the real world with a fictional world, but “Truth and Politics” clarifies that this kind of image-making does not, on its own, amount to totalitarianism: liberal democracies are implicated in the same game of defactualization.

For Arendt, power is ultimately incapable of producing an adequate substitute for factual reality. Even totalitarian regimes are unable to render their lies airtight or their narratives all-encompassing. As facts change and history progresses, the totalizing system struggles to adapt to new data, and those who believe the official story notice as inconsistencies develop. The sense of a shifting reality gives rise to a “trembling, wobbling” feeling; eventually, it amounts to a disorientation that Arendt compares to the effects of brainwashing. After victims of brainwashing have been reacquainted with reality, she writes, they tend to experience “a peculiar kind of cynicism—an absolute refusal to believe in the truth of anything, no matter how well this truth may be established.” Once a regime’s lies are unveiled, its subjects become deeply distrustful, incapable of distinguishing between truth and lies.

A brainwashing victim, by this account, looks something like the “ideal subject” of totalitarian rule. In another ubiquitously cited passage, she writes,

The result of a consistent and total substitution of lies for factual truth is not that the lies will now be accepted as truth, and that the truth be defamed as lies, but that the sense by which we take our bearings in the real world—and the category of truth vs. falsehood is among the mental means to this end—is being destroyed.

It is easy to gloss over the words “consistent” and “total” and conflate the kind of lie Arendt describes with the Trump Administration’s “alternative facts.” But by definition, alternative facts cannot be total: the term itself implies conflicting data. In “Truth and Politics,” Arendt is not warning about liars in Washington. She is worried, rather, about a state of affairs in which a singular, unquestioned image has been installed in place of reality, and in which, as cracks begin to appear, those who placed their faith in authority have no one left to trust—a state of affairs, as she made clear, that cannot coexist with a free and combative press.