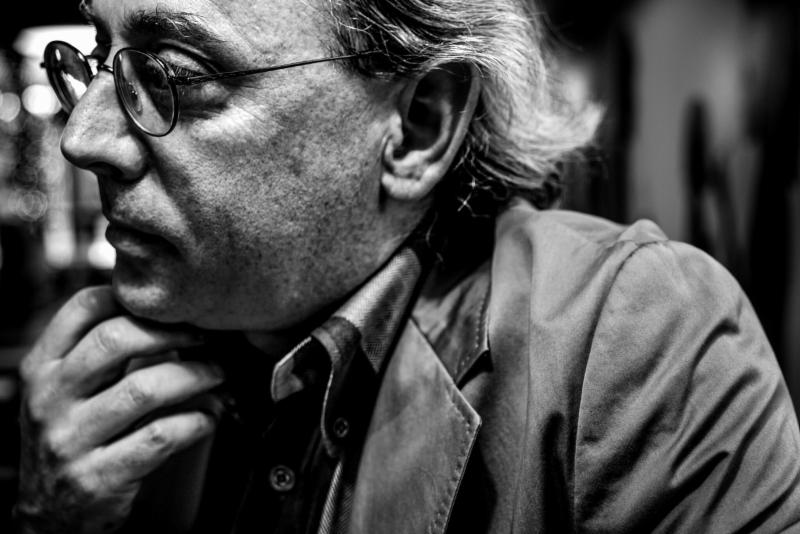 A Letter from Founder and Academic Director Roger Berkowitz

Join or Renew Your Membership Now >>

Reflecting on the publication of the Pentagon Papers in 1971, Hannah Arendt saw that "the basic issue raised by the papers [was] deception." While lying has always been part of politics, she identifies a dangerous new form of political lying: the "mass manipulation of fact and opinion as it has become evident in the rewriting of history, in image-making, and in actual government policy."

I bring up Arendt's reflections on "Lying in Politics" at a moment when the President of the United States is about to be impeached by the House of Representatives. The kind of "mass manipulation of fact" that Arendt worries about is on full display. The President's attorney is running a shadow foreign policy; some in congress have repeatedly advanced what Fiona Hill, the White House's top expert on Russia who testified at the impeachment hearings, warned is a “fictional narrative” that Ukraine interfered in the 2016 presidential election (because it plays into Vladimir Putin’s hands); and the President called the staff at the FBI "scum" and continued to advance a conspiracy theory that the "deep state" sought to undermine his candidacy and presidency, even after the investigation he authorized concluded that there was no such conspiracy.

Arendt knew how easy it is to change facts, to deny facts, and to destroy the factual foundation of a society. The repetition of fictional 'truths' and the attacks on journalistic organizations as "fake news" are designed not to convince people, but to sow doubt and cynicism. As Arendt wrote, "The ideal subject of totalitarian rule is not the convinced Nazi or the convinced Communist, but people for whom the distinction between fact and fiction no longer exist." In the age of unlimited technological means to trumpet one's own opinion, simply letting every voice be heard as equal undermines all authority and any stable world of factual consensus. The great danger Arendt sees in mass manipulation is defactualization; when no one believes in anything, it is that much easier for a demagogue to lead the people down fanatical paths of no return.

More than ever, our world needs Hannah Arendt's fearless and bold insistence on engagement with the real world. Arendt insisted upon truthtelling. She saw that politics is not about truth but about opinion; she also saw that the greatest threat to a constitutional and democratic politics is the cynicism that emerges from defactualization.

The Arendt Center is an intellectual space for passionate, uncensored, and non-partisan thinking that reframes and deepens the fundamental questions facing our world. We aim to nurture bold and provocative thinking that seeks, in the spirit of Hannah Arendt, to "think what we are doing."

The best way to fight defactualization and cynicism is with active citizenship. That is why the 2020 Arendt Center Conference will focus on the question: What would it mean to revitalize liberal-constitutional democracy in the 21st century?

Our 13th Annual Conference, "Revitalizing Democracy: From Sortition to Federalism," builds on Arendt’s insistence that democracy requires the participation and active engagement of everyday citizens.

At the center of our conference will be an inquiry into the theory and practice of sortition, the selection of political representatives by lottery.  Aristotle and Rousseau both argued that democracy must select representatives by chance while aristocracies selected leaders by election. They saw that elections privilege those with money, prestige, and connections and thus exclude a wide swath of the people from self-government. This is true historically, as democracies in Greece and in the medieval Italian republics chose their representatives not by election but by lot. The first democracy to switch from lottery to election in selecting representatives was the United States of America.

Around the world cities and regions are now experimenting with sortition as a way to bring excluded voices into politics and to energize and excite citizens about self-government. Some governments are convening sortition bodies of randomly chosen citizens to meet, become informed, and discuss particularly controversial questions and make recommendations. Thus, in Ireland, sortition bodies met to make recommendations about abortion and same-sex marriage. Other municipalities are going further and adding some proportion of randomly selected citizens into parliaments and councils that are otherwise composed of elected representatives. The hope is to bring new perspectives and voices into government and to make democracy more real for more of the citizenry.

Last year the Arendt Center inaugurated The Bard Institute for The Revival of Democracy through Sortition (BIRDS), which aims to be a space for considering innovative projects that think creatively about citizen engagement in government. Our 2020 Annual Conference will bring focus to exciting experimental ideas about how to reinvigorate our democratic politics.

We cannot do it without you! We are grateful for your support of the Hannah Arendt Center. Please do help by joining, renewing your membership, or making a year-end contribution to the Center today!

Our dedicated team at the center continues to grow. We welcomed an incredible group of fellows: Senior Fellows include Wyatt Mason, Thomas Bartscherer, and Ann Seaton; The National Endowment for the Humanities/Hannah Arendt Center Distinguished Fellows are Kenyon Victor Adams and Thomas Chatterton Williams; and the Klemens von Klemperer Post-Doctoral Fellow is Chiara Ricciardone.

A large part of our annual budget, including our annual conference, is supported by contributions from members like yourself. Your support is necessary and deeply appreciated. We wish you a very thoughtful and provocative holiday season, and hope to see you at Arendt Center events in 2020!